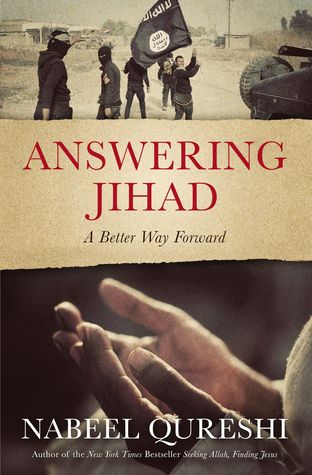 “Each society has its régime of truth, its ‘general politics’ of truth: that is, the types of discourse which it accepts and makes function as true”

Protests are over. Islamabad, Karachi, and Lahore have been opened after a break of days. Shopkeepers, school going children, and bus drivers are busy in performing their respective tasks. This is going to be hectic Monday after days of ‘forced leave’.

PM Khan is dealing not only with some religious fanatics but also a deep-rooted ideology prevailing in our society; religious intolerance.

Why we all were sent back to our homes? Why were not we able to use our cell phones? Who asked authorities to shut down schools, Banks, and roads? Who was running on roads? Whose vehicles were being set on fire? Who was abusing Armed forces, judiciary, and a newly-elected Prime Minster? Allama Khadim Hussain Rizvi; you are probably thinking this way.

Mr. Rizvi is not an individual. He is a mindset prevailing in our sociopolitical setting. Mr. Rizvi’s speeches are absolutely not impressive for all of us sitting in Lahore and Islamabad and reading the latest works of Michel Foucault and Paulo Coelho. But the same speeches and sermons are soulful and a reflection of exceptional wisdom the orator is blessed with, for a larger segment of this society.

Read more: “No Appeasement”:Shireen Mazari praised for her stance against extremism

People follow him not because he speaks well; the connectivity is there because of the belief system people hold and the content of the sermons delivered by Mr. Rizvi. There is a deep connection between what many people hold as their belief system and what Mr. Rizvi repeatedly says.

During the 1960s and 70s, there was a wave of modernization across the world. Societies were transformed and a rationalistic mechanism of understanding and discussion was introduced to ensure the continuity of democracy and liberal ideas. The education system was reformed and re-designed in order to achieve the set objectives.

To defeat religious extremism, force is not the available option. It may prove counterproductive. But a threat of use of force is what can earn the desirable results for the government.

The state played a tremendous role to transform existing social orders based upon the traditional majority and unfounded moral beliefs into a dynamic, modern-day world. Meanwhile, due to political instability and economic degradation, the state in Pakistan remained focused on upgrading formal political institutions. There were no deliberate efforts to upgrade our social order throughout the 1960s and 70s.

In the 1980s, Mr. Zia Ul Haq came with his self-serving religious program to Islamize the society in order to make it a ‘place of chosen ones’. Interestingly, Mr. Zia wanted to Islamize Pakistani society while getting money from America. Politically speaking, it was a dangerous contradiction.

The state played a role in developing a specific mentality in Pakistan. Now that very specific mentality is proving to be the most dangerous threat to the writ of the state. These religiously motivated individuals have been our assets and they are becoming not only liabilities but also unmanageable challenges.

Imran Khan, a handsome Prime Minister of Pakistan, is facing challenges at all levels; political instability, social and cultural chaos, religious extremism, and economic crisis. PM Khan is dealing not only with some religious fanatics but also a deep-rooted ideology prevailing in our society; religious intolerance.

This is a process towards modernization and IK must not compromise on it. We are already too late. Don’t target individuals, change the mentality, and transform society.

All of us criticized Mr. Khan for letting his government signed a deal with the extremists in Lahore. He must have not done it. But there is also a question. What would have he done then? Some of us may suggest him to use limited force to disperse the protesters. It looks good on social media but on streets where thousands of people are chanting against the government and willing to die, it seems silly.

As a matter of fact, it would have been easy to defeat Mr. Rizvi had he been only an individual. He is the representative of a mentality, a social system, and moral code. It was not possible for a PM facing so many challenges to order the use of force on protestors on the roads. It would have been a blunder to let the armed forces deal with protesters, willing to die in the name of religion.

Imran Khan and his government should be criticized for their bold statements and then bowing before the mob. But at the same time, we must keep all the facts into our consideration. To defeat religious extremism, force is not the available option. It may prove counterproductive. But a threat of use of force is what can earn the desirable results for the government.

PM Khan should focus on reforming education, upgrading economy, and emancipating the society from the shackles of ignorance and unfounded moral beliefs. This is a process towards modernization and IK must not compromise on it. We are already too late. Don’t target individuals, change the mentality, and transform society.

Investors slow to follow H&M and Ikea into Ukraine

What is the government up to with Ramazan bill & PTA: Protecting sanctity or breeding intolerance?