IS in Afghanistan: An emerging threat in a volatile region 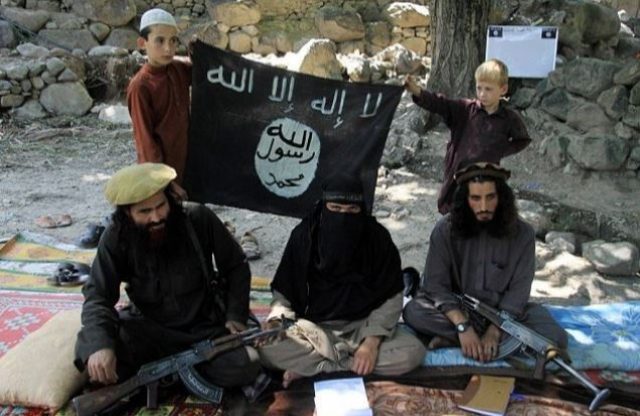 The increasing power of the militant IS (Daesh) is immensely catastrophic for the war torn Afghan state and society. The militant organisation’s sectarian agenda and discrete targeting of Shia community would further sharpen the religious fault lines in the country. Indeed, IS stronghold in the country is equally frightening for Afghanistan neighboring countries in particular and Eurasia in general.

IS is breeding fear and insecurity by unleashing suicidal attacks at both the civilian and law enforcement agencies in Afghanistan. Its recent attacks validate a sectarian dimension in its targeting strategy. On March 21, 2018, a suicidal bomber belonging to IS exploded in the middle of a crowd celebrating Nauroze carnival near Karte Sakhi shrine in Kabul. It killed over 30 and injured more than 60 people innocent celebrators. Nevertheless, IS is trying to sow divisions between Sunnis and Shias.

To impede the IS intrusion in Afghanistan, Moscow established direct contacts with the Afghan Taliban. Moscow had convened a trilateral dialogue process to engage China and Pakistan for chalking out a strategy to combat the increasing threat of IS.

The United States dropped its “mother of all bombs” on IS hideout in Afghanistan in April 2017. And also killed Abu Sayed, the head of the group in Afghanistan in July 2017. After the successful military strikes, the Americans described IS as a spent force. In reality, neither the elimination of Abu Sayed nor the increase of US led NATO forces bombing dented the resolve of IS.

Without ending the civil war and embracing a political solution for restoring peace in Afghanistan, the elimination of transnational terrorist groups sanctuaries is a mere wishful thinking. The Americans are not prepared to leave the country. Whereas, Afghan Taliban remains committed with their stated policy, i.e. without the complete withdrawal of foreign forces starting of a peace dialogue in the country is ineffectual.

Read more: Afghanistan: The growing ethnic tension has its roots in history

Though, the former continuously insists on the complete withdrawal of foreign troops, yet the departure of US-led NATO troops seems impossible in the near future. Thus, the divergence in strategic outlook endures devastating instability in Afghanistan. The continuity of anarchy in Afghanistan is advantageous for the radicalised militant groups. They establish their sanctuaries within the country without encountering any resistance by the Afghan law enforcement agencies.

The American troops also seem powerless in preventing the increasing influence of IS. The recent developments such as Afghan Taliban’s refusal to accept President Ghani peace dialogue offer and General John Nicholson claim that Russians were providing weapons to Taliban alarm about the probability of Great Powers proxy war in Afghanistan. General Nicholson in an interview with the BBC claimed: “We’ve had weapons brought to this headquarters and given to us by Afghan leaders and said this was given by the Russians to the Taliban.”

The United States dropped its “mother of all bombs” on IS hideout in Afghanistan in April 2017. And also killed Abu Sayed, the head of the group in Afghanistan in July 2017. After the successful military strikes, the Americans described IS as a spent force.

In a rejoinder the Russian embassy in Kabul dismissed the American General’s allegation and stated: “Once again, we insist that such statements are absolutely baseless and appeal to officials not to talk nonsense.” The rhetorical tussle between Russians and Americans would further complicate the Afghanistan’s internal security environment. Russians admitted that they had established contacts with the Afghan Taliban. The rationale of these contacts is to encourage Afghan Taliban to participate in the peace process.

The security analysts, however, opine that Moscow had allied with Afghan Taliban to check the rise of IS; Central Asian radicalized militant groups; and above all Chechens fighters residing in Afghanistan. Moscow has been worried about the IS since its rise in Iraq and Syria in 2014. It considers IS gradual penetration in Afghanistan horrendous happening. IS expansionist agenda and announcement about the establishment of ‘Caliphate’ and its provinces in different parts of the world alarmed the neighbouring states of Afghanistan including the Russian Federation.

The extension of the IS Caliphate to the ‘Khorasan province ‘encompassing Afghanistan and parts of Pakistan and Iran validated Moscow’s fear. The Russians are cognizant of the vulnerability of their soft belly especially Chechnya. It was reported that the Chechens formed one of the largest foreign contingents in IS war in Iraq and Syria. To impede the IS intrusion in Afghanistan, Moscow established direct contacts with the Afghan Taliban. Moscow had convened a trilateral dialogue process to engage China and Pakistan for chalking out a strategy to combat the increasing threat of IS.

To conclude, if IS is not checked today, tomorrow it will be having tentacles in the entire region. Therefore, the regional actors need to act collectively with the Afghan government for preventing the rise of IS in Afghanistan.

Op-ed: What does the US’ withdrawal from Afghanistan mean for Pakistan?