Governments across the world are using authoritarian tech to control people’s lives to fight against novel Coronavirus. Yuval Noah Harari, author of ‘Sapiens’, believes that these temporary measures will become permanent part of our lives. Is Sindh police follow the same pattern? 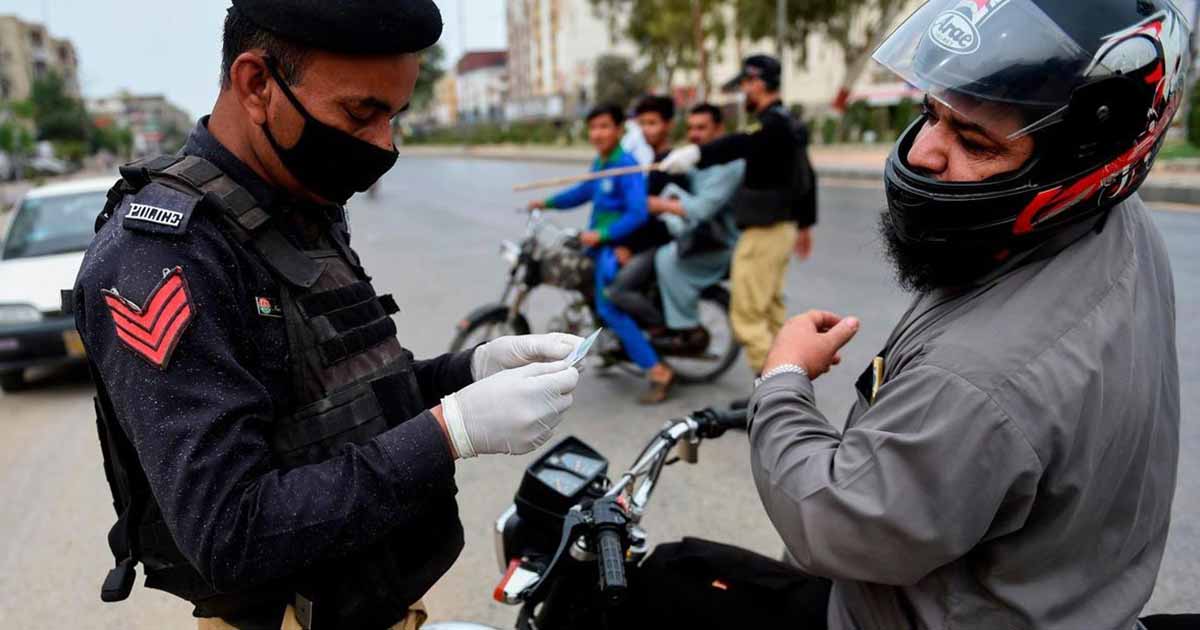 Governments across the world are now using technology to deal with novel Coronavirus. To ensure lockdowns and physical distancing, the governments around the world are using various tactics ranging from imposition of fines to digital cameras to restrict people’s movements. Some of the policies have been challenged by rights’ originations.

The application was announced by Maqsood Ahmed Memon, Deputy Inspector General of Police (DIG), in a statement on Monday. According to him, the application has been designed based on directives issued by Sindh IGP Mushtaq Ahmed Mahar and IGP Karachi Ghulam Nabi Memon.

The Citizen Monitoring App is designed to keep tabs on citizens roaming around the city. It will be available only to the officials and will be installed on Mobile Phones used by officers deputed at police checkpoints.

So far, around 500 officials have been given access to the application. Data of every citizen i.e., NIC number, phone number, location, and reason of commuting, will be entered at the checkpoint. According to DIG Memon, legal action will be initiated against citizens commuting more than twice a day.

Authoritarian tech across the world

It is worth noting that recently Moscow police claimed to have caught and fined 200 people who violated quarantine and self-isolation using facial recognition and a 170,000-camera system. According to a Russian media report some of the alleged violators who were fined had been outside for less than half a minute before they were picked up by a camera.

“We want there to be even more cameras so that that there is no dark corner or side street left,” Oleg Baranov, Moscow’s police chief, said in a recent briefing, adding that the service is currently working to install an additional 9,000 cameras.

Yuval Noah Harari, author of ‘Sapiens’, ‘Homo Deus’ and ‘21 Lessons for the 21st Century’, believes that “many short-term emergency measures will become a fixture of life

In Israel, the Shin Bet security service has shifted its powerful surveillance program to retrace the movements of coronavirus patients or suspected carriers. The mechanism is similar to that used in Russia — phone and credit card data are used for mapping, and health officials must then alert and quarantine people who were within 2 meters, for 10 minutes or more, of someone infected with the virus, according to the country’s Health Ministry.

The ministry said in a statement the information will only be used by its specialists and deleted after 60 days. But rights groups have filed a petition against it to the High Court of Justice, which warned it will shut the program down unless more oversight is in place. On Thursday, Shin Bet said in a statement that it helped the health authorities to identify and isolate more than 500 residents who were found to be sick with the coronavirus.

In South Korea, the government used data from credit card transactions, phone geolocation and surveillance footage to give detailed information on coronavirus patients, without identifying them by name, according to a government website. The result was a map where people can see if they were in close proximity to a coronavirus carrier. Detailed histories led to some patients being doxxed — having their personal information outed without consent — and authorities decided to scale down the data-sharing policies.

Experts believe that these tools will become a permanent part of our lives, and the governments will use them to control citizens. Yuval Noah Harari, author of ‘Sapiens’, ‘Homo Deus’ and ‘21 Lessons for the 21st Century’, believes that “many short-term emergency measures will become a fixture of life. That is the nature of emergencies. They fast-forward historical processes. Decisions that in normal times could take years of deliberation are passed in a matter of hours.”

Moreover, Harari notes that “immature and even dangerous technologies are pressed into service, because the risks of doing nothing are bigger. Entire countries serve as guinea-pigs in large-scale social experiments. What happens when everybody works from home and communicates only at a distance? What happens when entire schools and universities go online? In normal times, governments, businesses and educational boards would never agree to conduct such experiments. But these aren’t normal times.”