Is US & China finding a win-win situation amid global recession?

Have Covid-19 pandemic brought US and China closer? The global economy has entered into a recession period worst than the 2008-09 financial crisis. Thanks to coronavirus, the US and China are thinking to sit on the table to save their economies. Jahangir Kakar, a civil servant, believes a hybrid model is being developed behind the scenes. 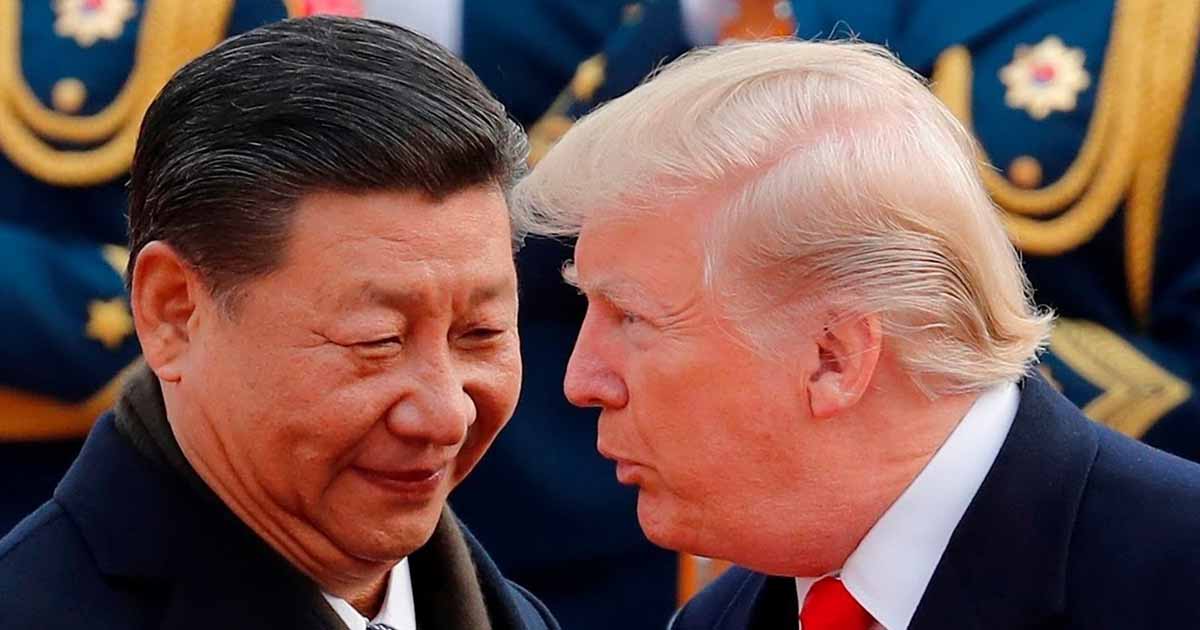 Beijing-Washington talks were eavesdropped hearing, “Let us divide the world into two halves. You keep the east and let the west remain with me. For economic reasons, we will share the global bounty of earns. The global trade shall still be rolled out in US dollars and let there be currency swap systems in place in parts of the world. This is a pretty small world but it could be enough for both of us though I would have dined of the whole chunk that I was receiving before.

As for ideologies, let us unveil capitalism and socialism once more only to provide as a pretext for our new world order. The inner order of corresponding rather than conflicting economic interests will remain the dominant and decisive notion. Let us drink to the health of one another. But let us wait for a while. I will fight the battle of my uni-polar power system to the end. It is rather too early for me to yield to your jointly governing the world offer. Let me see if could rehash the situation to my favour, who knows?”

Nightmare for the American Economy

The USA is fighting its battle of survival. For as long as aeroplanes do not fly again, the global business chain is not re-opened, stock exchanges do not galvanize and industry do not re-functionalise. It is the US destiny which is at stakes, serious extinction stakes. The USA will go to the end, it will test its nerves which are of course ready to feel the heavy stress and take on the sturdy strain perhaps fiercer than what the adversaries like China or Russia might have calculated.

I agree with most of this: https://t.co/zxmj5Mi24T

In going this extreme down the track line, USA seems fully prepared and ready to take on the challenge for the time being. In the long run and having it in place without a durable cure, the American dreams might divulge into wild nightmares as an extended global economic recession will put serious checks on the American economy.

The giants are looking at one another way too carefully though the initial immature callousness of attributing the corona bio engineering as American or as Chinese was too rudimentary. The troll corona is pulling across the Chinese economic fabric is also fierce some. If the economic debacle hits the USA once, it is like striking the Chinese twice in terms of losses per minute globally. The Chinese aspirations are never looking at a uni-polar world which is neither possible nor plausible given the wide American base which is not a tale of a few days and not a composition of few elements alone. It would take quite a hell of global wreckage for the world to stay back in one pole.

The Chinese are very calculative and their assessments are not focused on watching a world which is Chinese dominated. Their model is a hybrid model looking at global management of power brokered between the giants of China and USA. For Chinese alone to walk over the mainland of planet earth would be a lonely respite which it could never afford nor would it ever want.

The world has changed and the new world order would require sharing the global decision-making processes jointly by the two heads of the global family of USA and China. Power so shared as per one assessment would be a good thing as it would nullify high handedness and unilateralism. It would ensure more responsible show of global actions and would make it more humanistic.

Another perception is that nothing would change with the new power structure. Since the political power is heavily dependent on the single variable of economic interest and since both the Chinese and US economic interests would meet and never conflict so the world would be all the more the same place of engineered wars and continued human strife heralding the global economic operations of the two intended powers, China and USA. Both of them will be heavily depending on one another and ones economic loss would be reciprocated as another’s an economic loss so this will never allow for the grand global structure to change anyway.

For theatrical purposes alone, the global show would be set like capitalism standing as against socialism and rekindling of the Marxist time and space. A new form of global governing discipline will be required and this would be like necessarily strengthening the governments to extreme limits making them totalitarian like for instance in the eastern part of the world while the west would continue with their governance discipline of the countries. The rehashing of the countries would bring in more popular political thoughts and yet again another phase of social movements, political romance and economic glamour but everything will be highly controlled and nothing would be spontaneous though it would seem so at least.

The stage for sharing the global hegemony is set and this is never to be understood in terms of tug of war in which there is one victor while in this scheme there are two victors. The first victor is one who supplies the world with food, technology, garments, industry and all items of needs.

It would never want the world to halt as it even conspires to shrink the global village into a global family unit. The other victor is a kid of loser yet it would celebrate the power-sharing for it too cannot survive on its own and it requires the insatiable global feed to thrive. This is the new handshake which is filled with corona and one which is going to stay long over the world in making it shrink from a global village to a global family unit under the heads of USA and China. It is all around economics, from ever and forever.

Muhammad Jahangir Kakar is a civil servant and socio-political analyst based in Quetta. He works for the government of Baluchistan. The views expressed in this article are the author’s own and do not necessarily reflect the editorial policy of Global Village Space.

Pakistan calls for independent probe as seven Kashmiris killed in a...