Is Usman Buzdar trying to be more Powerful?

Usman Buzdar fired his popular adviser and spokesman and hints at cabinet reshuffle. Is he trying to show his muscle? Is this all being done with the support of Prime Minister Imran Khan? 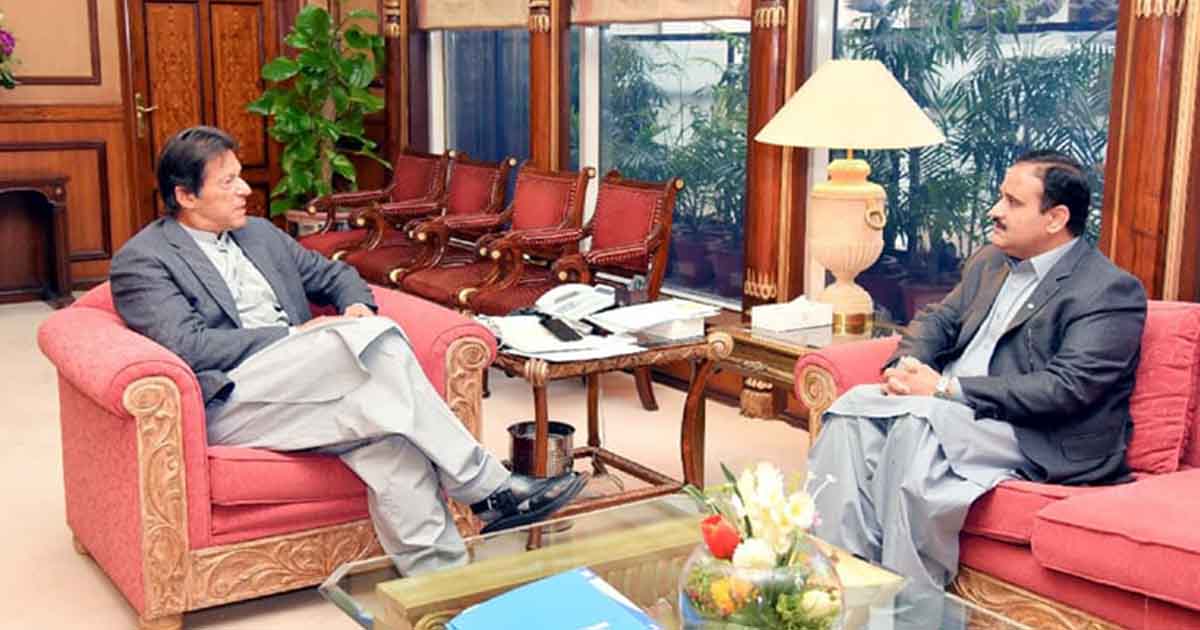 Surprising as it may seem but the only person in Pakistan’s current political scene who lacks charisma, vision and political prowess yet being relentlessly supported by Prime Minister Imran Khan is the provincial chief of the largest province of Pakistan – Punjab CM Sardar Usman Buzdar.

In the wake of Punjab CM’s recent sacking streak, several political analysts in Pakistan have raised questions and are trying to comprehend what does the sacking of a capable person like Shahbaz Gill and Aun Chaudhry mean, especially when they came to his defense even when it felt impossible.

At the moment, the political analysts have a consensus on two questions: is this showing CM Punjab’s vulnerability and, is this an attempt to make him appear stronger and decisive provincial chief of the largest province of Pakistan?

Aun Chaudhry, CM Punjab’s special advisor, was at one point considered to be in the innermost circle of Prime Minister trusted aides in Islamabad and was then deputed to CM Usman Buzdar once he lost the favor of Imran Khan in the center. For many, the second sacking came as a shock when Shahbaz Gill tendered his resignation. His tweet suggested that he resigned but as the fog cleared, it became evident that the resignation came under pressure from both, center and CM Punjab.

Who is Shahbaz Gill?

Dr. Shahbaz Gill is a Professor/faculty at University of Illinois at Urbana, Champaign and Professor of South Asian Affairs and Business and was deputed to CM Punjab by Prime Minister himself. Dr. Gill initially wanted a position in the center but Imran Khan persuaded him to come to Punjab as he thought that CM Punjab needs a very strong & skillful PR team and it is widely known that Dr. Gill did a fantastic job there.

Dr. Gill was articulate and expressive and on several occasions he kept on spinning the issues to CM Punjab’s favor. Apparently, CM Punjab was threatened by his media presence and was upset of Dr. Gill outshining him and believed that Dr. Gill was far too confident, cocky and at times even went to great lengths to irritate his opponents just like Federal Minister Fawad Chaudhry.

This ‘scratch my back and I scratch yours’ policy has won CM Buzdar the province’s top slot and PM Khan a loyal person in power position who obeys his every command.

And some sources also believed that the pressure for resignation mounted after Dr. Gill at several media platforms asserted that his boss is “ONLY IMRAN KHAN” and he is only in Punjab because he has been ordered so by his “Kaptaan”.

Naeem-ul-Haq, PM advisor on Political Affairs while speaking to reporters in Manchester, UK mentioned that Dr. Gill was doing a fine job but certain disagreements with CM Punjab cost him his job, thus proving the rumor that Dr. Gill was forced to resign by the center and the Punjab Govt. and he did not do so of his own free will. Naeem ul Haq also hinted that Dr. Gill will now be accommodated in the centre.

Dr. Shahbaz Gill proved his mettle; if he could intelligently defend someone lacklustre like Usman Buzdar then he will be an asset in articulating & dealing with national issues from Islamabad. He should deal with "Diaspora" & Intl issues. PM must consider @ImranKhanPTI

Dr. Moeed Pirzada, a prominent political analyst believes that “if Dr. Shahbaz could defend such a lackluster CM like Usman Buzdar, then he will be an asset to the center at a time when Pakistan needs to be reshaping the American and Western mindset towards Kashmir issue in which the American and Western diasporas are very important.” He believes Dr. Gill to be the most suited person for the job.

Initially, when the sackings happened the general perception was of Usman Buzdar’s frustration with Dr. Gill’s huge presence and this shows his vulnerability. Adding to the pain, media talk never dies about the need to replace Usman Buzdar and how Imran Khan is spending too much of his own ‘Political Capital’ to bolster and strengthen Usman Buzdar and to keep him on the CM Punjab seat and in doing so, PM Pakistan is bleeding his own personal Capital where it will bring him nothing in return.

But now, as the dust settled the real motive became clearer. It appears that Usman Buzdar has center at his back with these sackings and he is perhaps trying to emerge stronger as the CM of Punjab. There is also speculation that upon his return from Umrah, CM is expected to reshuffle his cabinet, which has created a sense of fear in the cabinet.

In his press talk, Federal Minister for Railways, Sheikh Rashid said that he had discussed Usman Buzdar’s position with PM Pakistan and PM was confident about him and his performance and asserted that he is going to stay on that portfolio.

Media and Buzdar shares a complicated relationship. Every time media has built a strong campaign against CM, PM jumped to his support and backed him on his decisions. The most recent campaign being the failure of CM to curb Dengue in Punjab. Hundreds of cases emerged, and recent outbreak has claimed several lives.

And another point being police brutality which is rampant in Punjab and goes unchecked. The case of Salahuddin is the most recent example where inhumane torture by Punjab Police claimed the life of a person involved in an ATM robbery. Again, Dr. Shahbaz Gill came to CM defense and promised a quick justice.

Usman Buzdar called Salahuddin’s old father to CM house for condolences instead of going to his house whose son was murdered,postmortem performed without informing him & who was not allowed to see his son’s body except his face.
Imran Khan’s State of Madina is not for commoners. pic.twitter.com/stqhmUOY1o

Media is campaigning that Usman Buzdar has failed as a CM and is running Punjab with a bad governance policy and he needs to be replaced immediately. But PM Khan came to Buzdar’s rescue and lent his political support to CM Punjab and saved him from the quagmire.

One reason for this undying support by Imran Khan and his unrelenting tries to convert him into a more powerful CM is that “through Usman Buzdar, Prime Minister Pakistan is directly governing Punjab.” As Buzdar in CM’s seat, he has someone who obeys his every order blindly without questioning.

With him in the power position PM has someone who faithfully and obediently obeys every given order because he himself has no real political constituency and no real political charisma of his own to shine and is totally dependent on PM for his continued survival.

This ‘scratch my back and I scratch yours’ policy has won CM Buzdar the province’s top slot and PM Khan a loyal person in power position who obeys his every command.

Owing to this, PM Khan is unlikely to replace Buzdar and, if replaced, the new Chief Minister can quickly fill in the post and start behaving like a real CM and PM Khan might lose the power he has over the largest province of Pakistan.

So, it is apparent that for the next several months or so Buzdar will continue as CM of Punjab but the general perception in the political and media circles is that ‘Usman Buzdar is a failed CM and has failed to impress bureaucracy and his own cabinet. He lacks the vision; political or otherwise.

So, the main question again is, for how long will PM continue to support a man who is without any charisma and vision and lacks the ability to impress the general public?