IT Minister answers questions in parliament about industry performance 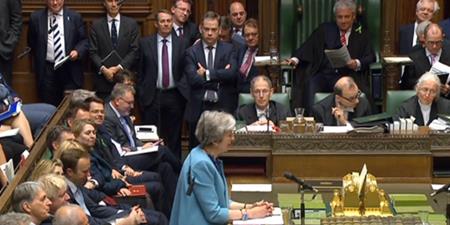 One of the fastest growing industries in Pakistan, the Information Technology (IT) export market of Pakistan has expanded itself to over one hundred countries during the last five years of the incumbent government, Minister for Information Technology and Telecommunication, Anusha Rahman told the house in a written response to an inquiry as the government announced its first ever “Digital Pakistan” policy.

“Pakistan’s IT and Information Technology enabled Services (ITeS) Industry has exported software development services, and IT-enabled services such as call center services to over 100 countries, since 2013,” the minister told the National Assembly in a written reply to a question.

The government strongly believes in adopting digital technologies and innovative applications to enable cross-sector socio-economic development and achievement of sustainable development goals, said the Minister. The government on 22nd May gave a go-ahead to the country’s first-ever “Digital Pakistan” policy including incentives for the information and technology and services sector.

It addition, 100 percent equity ownership has been allowed to foreign investors while 100 percent repatriation of capital and dividends are allowed, and tax holiday for venture capital funds till 2014.

The prime minister had announced a cash reward and extension of a tax holiday on IT exports till 2025, reduction in sales tax to 5% in Islamabad Capital Territory and ensured long-term financing at 5% interest rate and formation of legislation for new IT parks.

Addressing the house, the Minister of IT’s note also read that the Digital Pakistan Policy will serve as a catalyst towards a holistic digital ecosystem in the country with advanced concepts and components for rapid delivery of next-generation digital services, applications and content.

She informed the house that top three export destinations during the period were the United States, United Arab Emirates and the United Kingdom, accounting for over 71 percent of the total Information and communication technology (ICT) exports.

She said that the MoITT through PSEB continues to strengthen and promote IT and ITes industry Pakistan through initiatives and programmes such as Industry advocacy and policymaking, international marketing and promotion, domestic facilitation of businesses and investors’ capacity building through company certifications, IT training and internships and establishing IT Parks and IT-enabled office space (STPs).

At present, she added, incentives for IT and ITes industry include zero income tax on IT exports till 2019, three-year tax holiday for IT startups with no minimum tax and withholding tax. It addition, 100 percent equity ownership has been allowed to foreign investors while 100 percent repatriation of capital and dividends are allowed, and tax holiday for venture capital funds till 2014.

She further informed the house that MoITT does not export software, however, its affiliated organization, Pakistan Software Export Board (PSEB) is responsible for facilitation, advocacy and promotion of the local IT and ITes Industry with an aim to boost IT and ITes exports.

Previous article‘Fearless’ Pakistan ready to put England under pressure
Next articleAmerica: The dictatress of the world

23 July 2021
Previous article‘Fearless’ Pakistan ready to put England under pressure
Next articleAmerica: The dictatress of the world