The Indian Ministry of External Affairs stated that Jadhav supported Pakistan’s stance, and claimed that he seemed “under extreme pressure”. However, Pakistan’s Foreign Office stated that there were no restrictions on language, and the consular meeting was recorded to ensure transparency 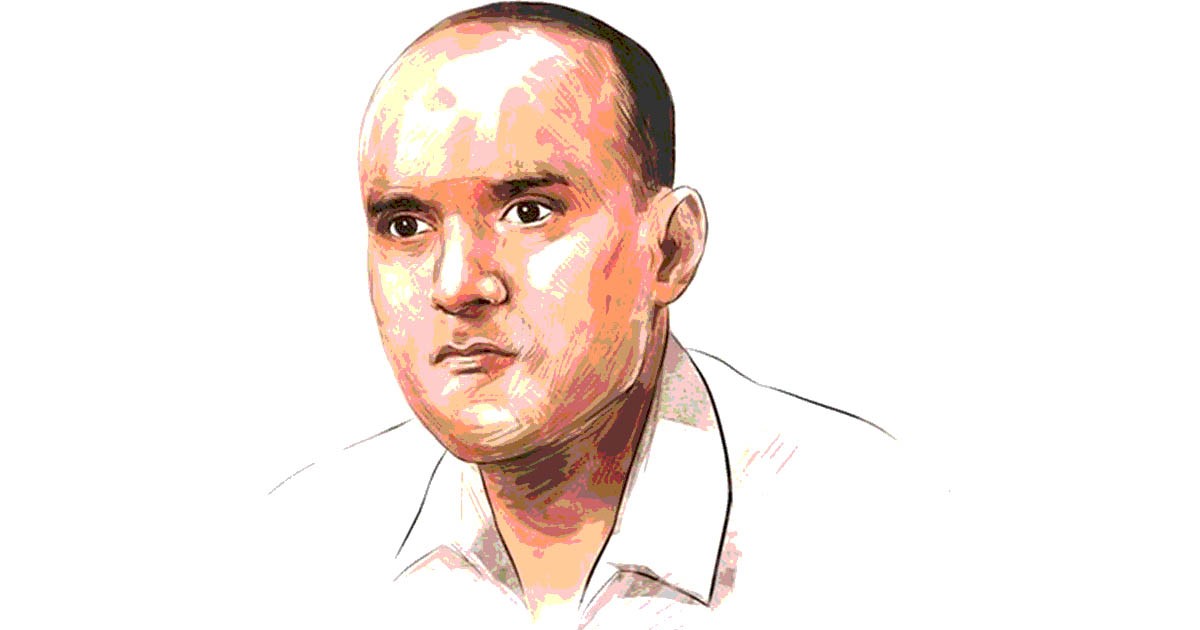 The Indian Charge D’Affaires at the Indian High Commission, Gaurav Ahluwalia, had a two hour-long meeting with convicted spy Jadhav in Islamabad on Monday, Shortly after the meeting, the Indian Ministry of External Affairs issued a statement, claiming that Jadhav “appeared to be under extreme pressure to parrot a false narrative to bolster Pakistan’s untenable claims.”

The statement was issued hours after Pakistan formally allowed consular access to convicted spy Kulbhushan Jadhav, in line with the judgment of the International Court of Justice, the Vienna Convention on Consular Relations and the laws of Pakistan. The venue of Jadhav’s meeting with Indian diplomat Gaurav Ahluwalia was not disclosed due to the sensitive nature of the matter.

A statement issued by the Indian Ministry of External Affairs said, “While we await a comprehensive report, it was clear that Shri Jadhav appeared to be under extreme pressure to parrot a false narrative to bolster Pakistan’s untenable claims.”

It added, “We will decide a further course of action after receiving a detailed report from our Charge D’Affaires and determining the extent of conformity to the ICJ directives.” The Indian Ministry of External Affairs also noted that External Affairs Minister, Subrahmanyam Jaishankar also called Jadhav’s mother to brief her on the developments of the consular meeting.

Khawar Qureshi noted that after consular access has been granted, Jadhav can now invoke his right to an appeal under Article 199, which is what New Delhi should have done after his convicted by the military court.

The Foreign Ministry of Pakistan countered these claims and maintained that there were no restrictions imposed on communication during the meeting, as per the request made by New Delhi.

The statement issued by MoFA noted, “Pursuant to the decision of the International Court of Justice, Pakistan provided consular access on 02 September 2019 to India for Commander Kulbhushan Jadhav, Indian spy, serving Indian Naval officer and RAW operative. Mr. Gaurav Ahluwalia, Charge d’ Affairs of the Indian High Commission in Islamabad availed consular Access which was provided in line with the Vienna Convention on Consular Relations, ICJ verdict and the laws of Pakistan.”

MoFA added, “Consular access was provided at 1200 hours and lasted for two (02) hours, in the presence of officials of the Government of Pakistan. On Indian request, there was no restriction on the language of communication.”

“In order to ensure transparency and in line with standard operating procedures, and as conveyed to the Indian side in advance, the access was recorded.”

The statement concluded, “As a responsible member of the international community and in line with our international commitments, Pakistan has provided un-impeded, uninterrupted consular access to India to Commander Jadhav.”

Barrister Khawar Qureshi, Pakistan’s counsel in the Kulbhushan Jadhav case at the International Court of Justice (ICJ), said on Monday, that granting consular access to the convicted RAW spy will not have any impact on his conviction on the charges of terrorism, espionage and sabotage.

Addressing the media at the Punjab Bar Council, Khawar Qureshi said, “The ICJ has rejected all requests made by India to annul Jadhav’s conviction, and demand his acquittal, release and return.”

Barrister Qureshi explained that New Delhi has rejected the review of Jadhav’s conviction under the jurisdiction of the high court, in line with Article 199 of the Constitution of Pakistan, deeming it as unacceptable. However, the ICJ verdict had stated that a review by Pakistan’s high court is acceptable.

Khawar Qureshi noted that after consular access has been granted, Jadhav can now invoke his right to an appeal under Article 199, which is what New Delhi should have done after his convicted by the military court.

Statement from Indian Govt on the first Consular Access provided for Kulbhushan Jadhav. 'Jadhav appeared to be under extreme pressure to parrot a false narrative to bolster Pakistan’s untenable claims. We will decide a further course of action after receiving a detailed report.' pic.twitter.com/jUSEIaLe0p

Responding to a question about the likelihood of Islamabad approaching the ICJ to address India’s oppressive measures and human rights violations in occupied Kashmir, Khawar Qureshi stated that he cannot comment on the matter as it remains under consideration of the Imran Khan-led government.

Kulbhushan Jadhav, traveling under the alias Hussein Mubarak Patel, was arrested on March 2016 in Balochistan, and his voluntary confession cemented Pakistan’s long-standing allegations of India backing militants and separatist rebels. Pakistan’s military court convicted Jadhav of espionage and sabotage, and he was sentenced to death.

Article 35A: Who created it, why and how they have turned against it?