Every year, April's fool day marks a series of pranks carried out within families, friends and relatives. Due to the ongoing coronavirus crisis all over the world, this year's April Fool's day may not be as adventurous as it used to be. Some countries have even threatened jails if pranks of any kind were carried out. 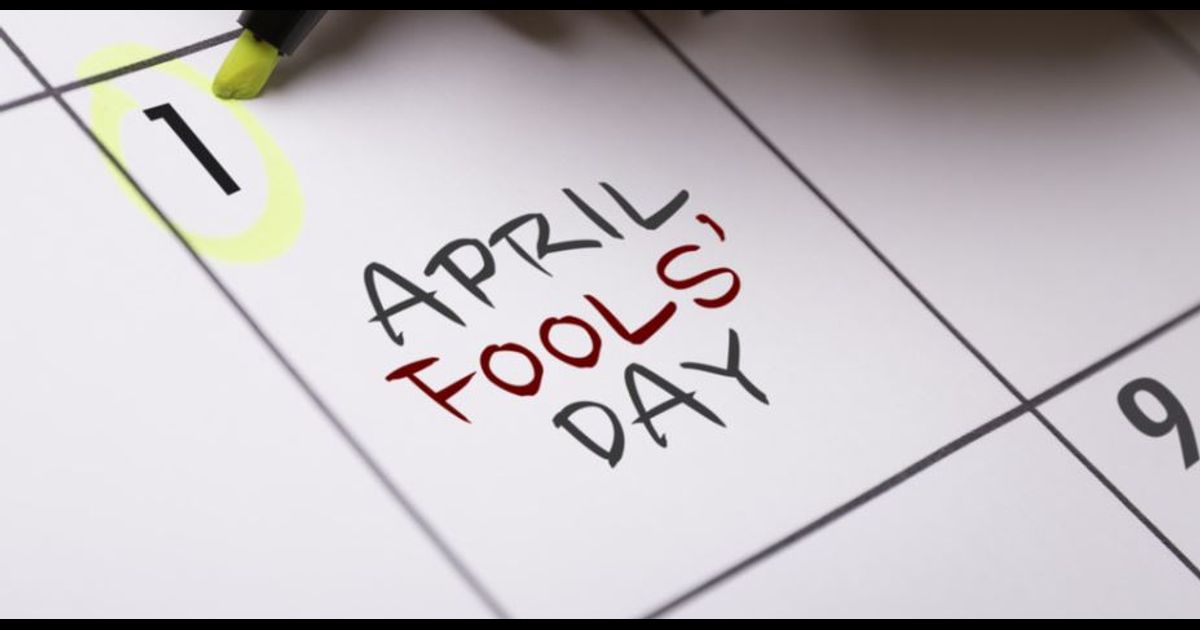 It may be the global day for pranks but with the world under assault from the deadly coronavirus pandemic many governments on Wednesday were warning against virus-themed April Fools’ jokes — some even threatening jail.

But few are in the mood as the global death toll mounts and billions remain under some form of lockdown.

One K-pop star who joked on Instagram that he had tested positive for coronavirus faced a backlash at home and abroad.

Jaejoong, a member of popular band JYJ — formerly TVXQ — said he had been infected and hospitalised.

But about an hour later he updated the post, revealing it was a prank and adding he wanted to “raise awareness”.

“Although it may have been too much as an April Fools’ joke, a lot of people worried for me,” he wrote. “I’ll receive any punishment due to this post.”

It may be the global day for pranks but with the world under assault from the deadly coronavirus pandemic many governments were warning against virus-themed April Fools' jokes — some even threatening jailhttps://t.co/tyAVTlcvtj

Many, including his own fans, lambasted the post, calling it inappropriate and not funny.

“Please have some respect. People out there are suffering,” wrote one fan.

The coronavirus outbreak has already been accompanied by a deluge of online misinformation, making it harder for governments to keep their citizens safe.

Some are now threatening jail for virus pranks.

Taiwan, which has been held up as a model for how to tackle an outbreak, warned people who spread false rumours that they faced up to three years in jail and a TW$3 million fine ($100,000).

“On April Fools’ Day we can exercise our sense of humor if we have to but we can’t make jokes on the pandemic to avoid breaking the law,” President Tsai Ing-wen posted on Facebook alongside a photo of one of her cats.

“I wish everybody not only a humorous but also healthy and safe April Fools’ Day.”

Thailand was taking a similarly hard line, threatening up to five years in jail.

“It’s against the law to fake having COVID-19 this April Fools’ Day,” the government said on Twitter.

“There may be people who do not have good intentions… who may use April 1 or April Fools’ Day and assume they will not face legal action,” Krissana Pattanacharoen, deputy national police spokesman, told reporters on Tuesday.

In India, where disinformation — especially on WhatsApp — remains a pervasive problem, politicians made similar appeals.

“We urge citizens to verify information and only share messages from trusted sources and not fall for fake news,” Pranay Ashok, a spokesman for Mumbai Police, told AFP, adding that anyone found spreading fake news would be prosecuted.

Many well-known brands with a prior track record of jumping on the annual bandwagon were steering clear of the tradition this year.

Google, a company renowned for its elaborate annual stunts, told its employees it would “take the year off from that tradition out of respect for all those fighting the Covid-19 pandemic,” according to an internal email obtained by Business Insider.

Previous articleSonic the Hedgehog: Not as fast but bumpy alright
Next articleIdris Elba tells fans about his health after positive coronavirus test

18 September 2021
Previous articleSonic the Hedgehog: Not as fast but bumpy alright
Next articleIdris Elba tells fans about his health after positive coronavirus test