Israel's annexation plans could mean that Palestinians residing in Jericho may become isolated, as all the surrounding area would be Israeli land. Jericho's mayor, Salem Ghrouf, predicated annexation would trigger a "major economic problem" as many residents would lose their work. 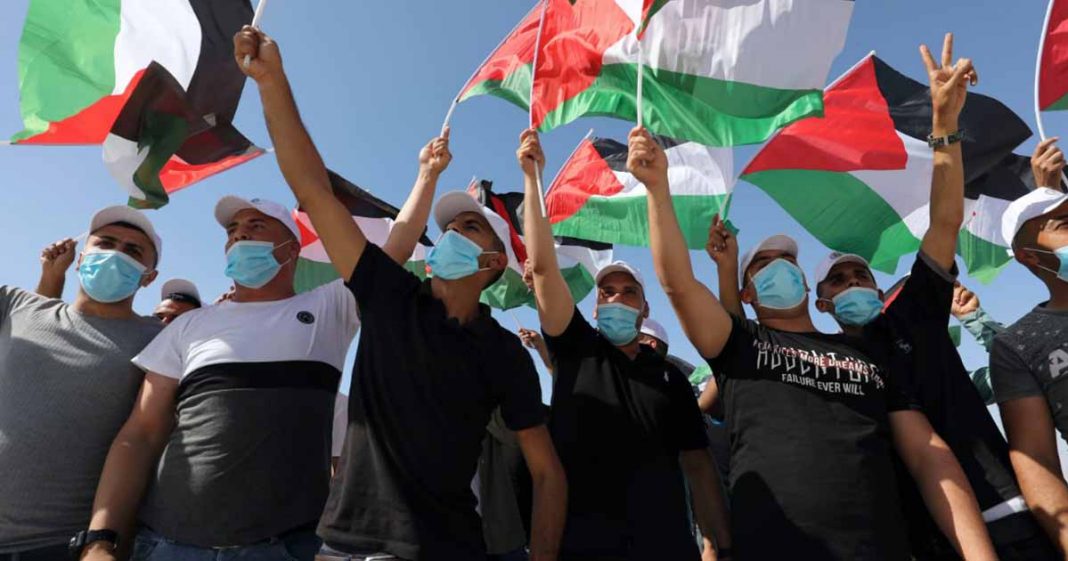 Mamoun Jasr has grown hundreds of date palms near Jericho, but now the farmer fears being marooned on a scrap of Palestinian land if Israel forges ahead with its plans to annex the Jordan Valley.

A qualified accountant, Jasr has spent the past decade on an ambitious mission to learn how to cultivate his fields as an “act of resistance” against Israel’s occupation of the West Bank.

Jericho Palestinians may be in danger of isolation

His palm grove now boasts 1,300 trees planted near the oasis city of Jericho, home to 20,000 Palestinians.

But the nearby area is also dotted with Israeli settlements, which Prime Minister Benjamin Netanyahu says will be annexed along with the fertile Jordan Valley.

When Netanyahu unveiled a map of his plans in September, the premier pointed to a long blue zone to be annexed, leaving a brown speck in the middle: Jericho.

The idea of leaving the city under Palestinian rule, while the surrounding territory becomes Israeli, was also included in a broader US peace plan published in January.

Israel has occupied the West Bank since the 1967 Six-Day War and more than 450,000 settlers now live alongside 2.8 million Palestinians.

Netanyahu said the government could put the annexation plans in motion from July 1, despite vocal opposition from a host of countries and the United Nations.

“Jericho will become an enclave,” said Jasr, inspecting his palm trees as they cast shadows across the plain, worried like many Palestinians that the Israeli proposals will leave him stranded.

The Israeli government annexing the war-crime settlements "gradually" doesn't make it any more acceptable than annexing them all at once. A war crime is a war crime. https://t.co/lqJC9cDYTR

The 50-year-old currently divides his time between his office in the city of Qalqilya, in the northern West Bank, and his farmland near the Jordanian border.

The risk is losing everything

The full details of Israel’s annexation plans remain unknown, with some observers predicting that Netanyahu could first annex only a few settlements and hold off initially on the wider Jordan Valley.

Even so, the uncertainty and fears that Jericho will become isolated are unsettling farmers here.

“What will happen to residents whose land is located outside? What type of permit will Israel give them to go and cultivate it?” said Judeh Aseed, from Jericho’s agricultural union.

“If we leave our fields for even one or two days without anyone taking care of them, they will become unworkable,” he added.

Jericho’s mayor, Salem Ghrouf, predicated annexation would trigger a “major economic problem” as many residents would lose their work.

“Jericho is the heart of the Jordan Valley and depends on surrounding villages, whose residents come and do their shopping and work,” he said.

For Ghrouf, trying to do a deal to grant Palestinian farmers access to their land after annexation would amount to capitulation to Israel.

“Jericho is part of Palestine and cannot be separated under any circumstances,” he said.

Meanwhile, Jasr remains uneasy and expects Israeli soldiers to arrive on his land imminently — and not for the first time.

Five years ago, he was served an expulsion notice by the Israeli army which claimed his date palms stood on Israeli land.

Jasr challenged the order in Israel’s supreme court and won, but he worries he will be unable to withstand annexation.

“If the army comes back, this time I have no chance,” he said. “I put all my money into this farm and now I’m scared of losing everything.”

Amjed Jaaved - 2 August 2021
Amjed Jaaved, a renowned author, discusses the recent clash between the police force of Mizoram and Assam, and how similar incidents have happened in the past. Indian government hastily created new states to appease the people, however, the boundaries of the new states do not satisfy the people completely and are causing increased clashes.

West Bank annexation and its ramifications for Israel

A timeline of Israeli relations with the Arab world