Israel continues to occupy Palestine, as it has come with new plans. Israeli PM Benjamin Netanyahu has vowed to annex the strategic Jordan Valley if re-elected in next week's vote. Jordan valley accounts for roughly 30 percent of the West Bank and it is strategically important. 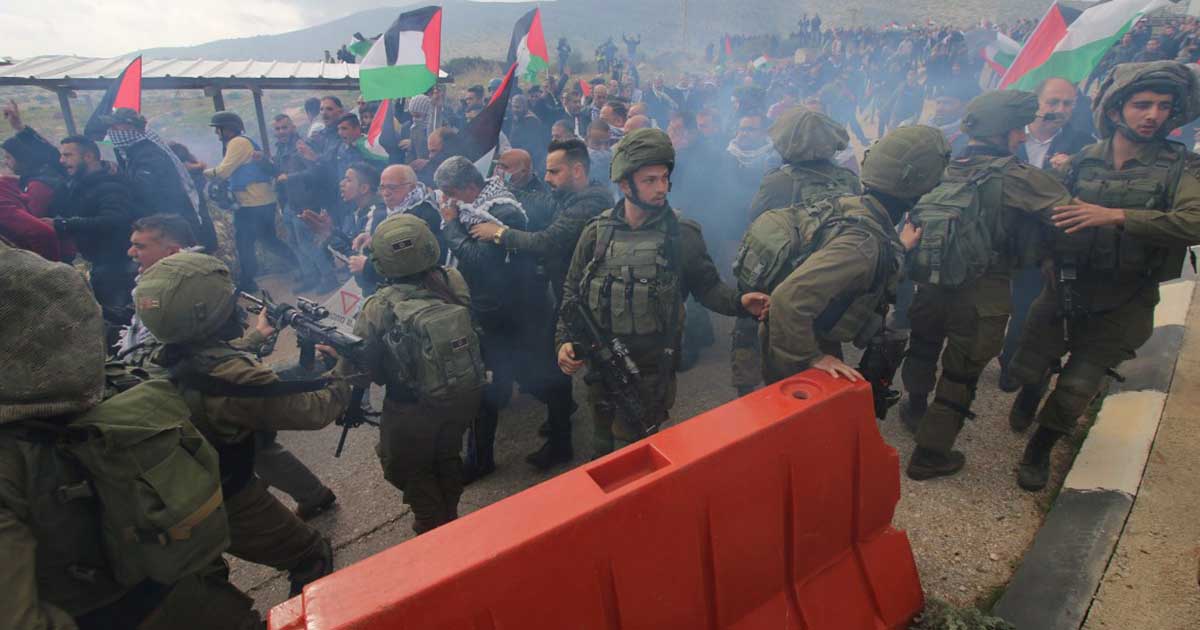 Hirschfeld is one of a small group of Israelis working against their country’s creeping takeover of the Jordan Valley, a key part of the occupied West Bank that Palestinians see as vital for their future state.

The drone arrived as Hirschfeld was shepherding shepherds — accompanying Palestinian farmers grazing their flocks near Israeli military bases and Jewish settlements in the region.

Prime Minister Benjamin Netanyahu has vowed to annex the strategic Jordan Valley, accounting for roughly 30 percent of the West Bank, if re-elected in next week’s vote — Israel’s third in under a year.

The Israelis fighting to keep the Jordan Valley Palestinian https://t.co/E2gJnqIuYj via @FRANCE24

President Donald Trump’s widely-criticized Middle East peace plan, unveiled in late January, gave the Jewish state a green light to annex the area. The Palestinians, the United Nations and many in the international community have warned that doing so would effectively end hopes for peace based on a two-state solution.

But in Israel, there is a growing consensus that the territory seized in the 1967 Six Day War should never be relinquished. Hirschfeld said Israelis opposed to annexation have an obligation to push back. “For me, silence is a war crime,” he said.

Hirschfeld and fellow activist Arik Ascherman — a rabbi — lead a small NGO called Torat Tzedek, which has been active since before the US plan was announced. They regularly accompany Palestinian Bedouin shepherds such as the Daraghmeh family, grazing livestock in the Um Zuka area, in the north of the Jordan Valley.

The brothers, all in their 40s, said they have been farming there since childhood, and that their ancestors were doing so long before 1967. The area was designated an Israeli military zone several decades ago.

An army base sits on one side of the hill, which was lush and green in February but turns arid in the harsh summers, when temperatures can reach 50 degrees Celsius (122 degrees Fahrenheit).

Several years ago, a wooden structure popped up on the other side of the hill — a new wildcat Jewish settlement even Israel’s government doesn’t recognise. All settlements are considered illegal under international law, but Israel distinguishes between those it sanctions and those it does not.

The Daraghmehs said the settlement, believed to be made up of one just one family and a few teenagers, had the army’s tacit backing. “They try to get us to migrate by using the settlers,” Thiab Daraghmeh, 45, said.

“Wherever there are Bedouins living, they bring a settler to live in the middle of them. Why? Because some of the residents will be scared” and leave. But, he added, the presence of Israeli activists makes them feel more comfortable grazing on the hill.

The Daraghmehs were making tea and watching over their flock when the buzzing drone grew closer, before whizzing down and startling the herd. Soldiers arrived shortly thereafter, barring the farmers from grazing and telling them to return to their makeshift homes in the valley.

Four young Israeli settlers stood alongside the soldiers as Ascherman, an American-Israeli, unsuccessfully tried to negotiate. He pointed out that the settlers were not being forced to leave the land. “It’s what we call in the Jewish tradition ‘eifah v’eifah’ — unfair, double standards,” he said. Neither the soldiers nor the settlers agreed to speak to AFP.

.@Rami_Hod -thank you for the visit to #BeitBerl today.. I have met with so many social and economic activists in Israel , who are fighting for a just shared society- for Israelis and Palestinians alike.. From the SEA to the work at #Katznelson, you are leading to way… pic.twitter.com/koMUm3MBFA

The army later said in a statement that the Palestinians were banned from a “military firing zone” as “entrance is prohibited by law without preliminary coordination.” The army “protects all residents in the area in an equal manner”, it added.The Daraghmehs told AFP they faced increasing pressure to leave their ancestral lands.

“Do they want us to live in the sky?”

Hirschfeld said he felt “exhausted” and isolated advocating for Palestinian rights in an Israeli society that has moved sharply to the right.

Next week’s election is expected to be another close race between Netanyahu’s right-wing Likud party and the centrist Blue and White party, with the left set to perform poorly once again.

“For me there is not really a left in Israel,” Hirschfeld said. He labels his two brothers living in settlements as “terrorists”, and said some friends and family had cut him off.

Hirschfeld said he had considered giving up, but carried on because he believed it was the right thing to do. “Everything I am doing is because I love my country”, he added. “I say to my daughters one day they will understand what their father does.”

Previous articleUS and Taliban will ink a historic peace deal at Doha: Pakistan invited
Next articleModi, Trump and Imran Khan: Challenges at home and abroad?

24 July 2021
Previous articleUS and Taliban will ink a historic peace deal at Doha: Pakistan invited
Next articleModi, Trump and Imran Khan: Challenges at home and abroad?

World court to rule on Iran’s billions frozen in US

Driver killed by soldiers as Indian atrocities in IOK continue