Justice for Haleema: Bahria University Students take to the streets

The dejected students of the Bahria University, Islamabad staged massive protest against the university’s administration, rejecting their statement of blaming the deceased student for the incident. 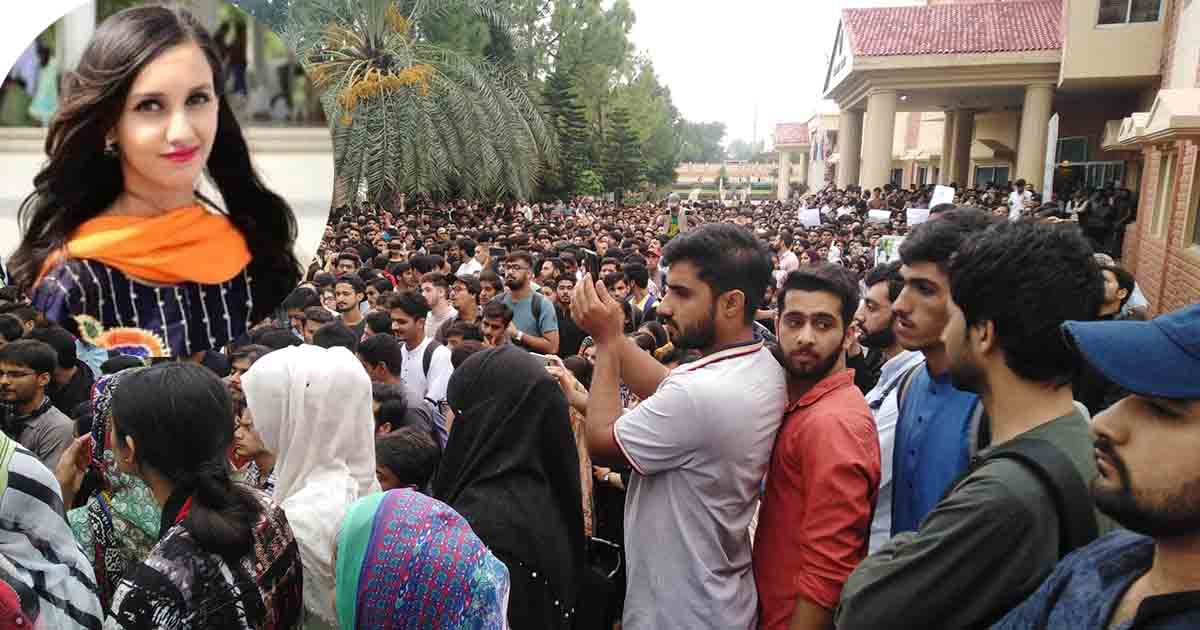 Social media is in the furor over alleged negligence of the Bahria University Islamabad’s administration, which claimed the lives of a student Haleema Amin. She was the student of Account and Financing, 2nd year at the university and died after falling from the unfenced balcony on the fourth floor of the under-constructed building.

According to the reports, the university administration opened the building for regular classes but did not put up any signs and boards to guide the students. The eye-witnesses, Haleema’s friends asserted that the girl died due to the alleged negligence of the university administration. The girl fell from open duct from where the pipelines passed, which was left open and covered with cement bags, according to sources. She fell down the fourth floor as soon as she stepped on the opening.

Large protests have been carried out by the students of Bahria University in Islamabad, demanding justice for the Haleema.

The girl was shifted to PIMS hospital immediately but died when university administration forced the girl to be shifted her to CMH despite warning from the doctors. The girl died of lack of oxygen in this process. Her fellow students asserted the university administration is also pressurizing the family to not to pursue the case against the Bahria University. Alleged that the few senior officials from the university’s administration reached her house to mediate with the family not to pursue the case and repeal their complaint.

Like seriously? She was also a daughter to someone.All you came up with is this?!
What an easy try to exit from situation for Bahria university administration!#JusticeForHaleema #BahriaUniversity pic.twitter.com/RunqPNj1Zj— RJ Shabaz (@Rjshabaz) September 27, 2019

The Bahria University, in the face of student uproar, released a statement denying the allegations of negligence but asserted that the student died while taking a selfie in the prohibited area.

Large protests have been carried out by the students of Bahria University in Islamabad, demanding justice for the Haleema. They alleged that while university placed extraordinary restrictions on their dress code and segregation of male and female students, they must ensure their safety and protection as well. The protesting students complained university charges them heavily while does not provide them facilities and plays with the lives of the students.

I am not worthy of Noble Peace Prize: PM Khan