Kalashinkov group is the largest Russian manufacturing company, and its latest product is the revolutionary attack drone that can target and shoot hostiles on land, in the air and under water. 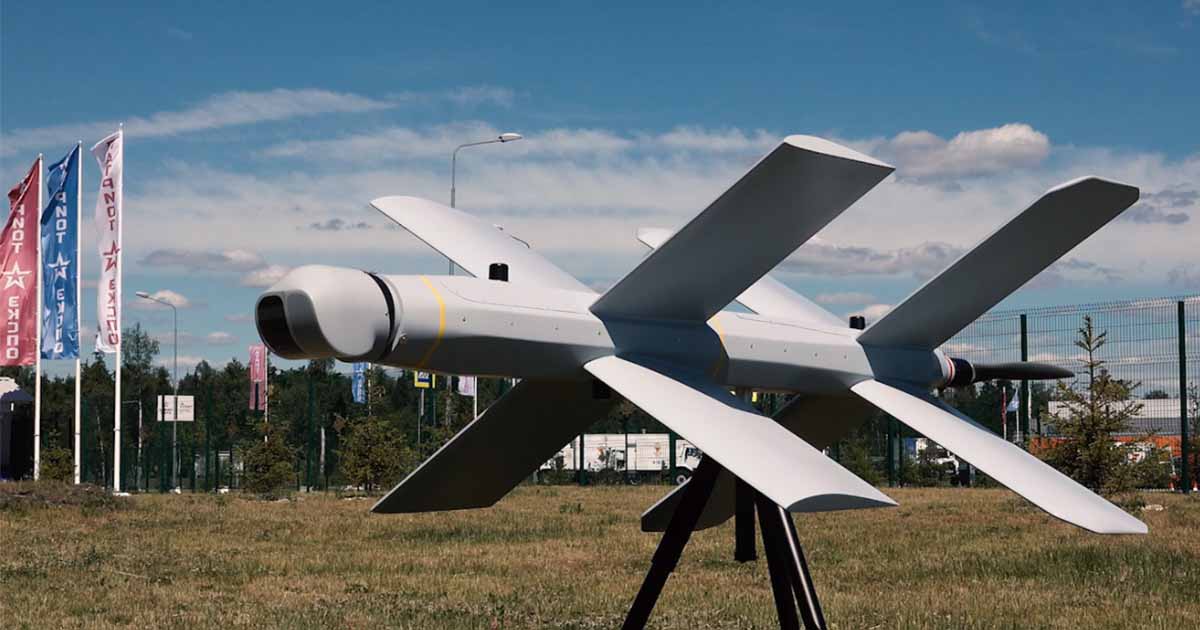 The Kalashnikov Group has showcased its latest reconnaissance and attack drone which can autonomously locate and destroy hostile targets in the air, on land and in the water.

The smart ‘ZALA Lancet’ attack drone does not require any additional ground- or sea-based infrastructure to locate and engage its targets and can rely on its own reconnaissance, navigation, and communication modules – as well as a 3kg payload – to carry out a “precision strike” within a 40 km radius.

Unlike the earlier models, the new UAV, which has a takeoff weight of only 12 kg, continuously transmits a video of its target engagement to confirm successful completion of its mission.

“In the context of modern warfare, the drone is capable of striking targets in the air, on land, and water,” the head of Russia’s Rostec Corporation, Sergey Chemezov, noted after the UAV was unveiled at the ARMY 2019 international military and technical forum.

This system is superior to standard types of weapons, but it costs disproportionately less.

The Lancet is the second high-precision attack drone presented by ZALA AERO, a subsidiary of the Kalashnikov group, this year. The company shared few technical details, but emphasized that the weapon system has already been “tested.” Earlier, the manufacturer unveiled the KYB (‘Cube’) UAV which can detonate as it reaches the target almost undetected at a speed of up to 130 km/h (81 mph).

Russia is known for its cutting edge technology when it comes to weapon systems. Its S-400 missile system is the best air defense system currently, according to military experts, leaving the American Patriot system behind. The Russian missile system has been at the center of multiple conflicts involving the US and other states like Turkey and India.

AFP - 30 July 2021
Last week, viral videos emerged showing Mohammad, his hands tied behind his back and sitting between two men in a car, being slapped repeatedly.

Syria: What Have the Flames of War Left Behind in Aleppo!

Russia beats US at its own game: France, Japan, and IMF lament the United States in St....

Pakistan and the Strategic Chessboard in 2017