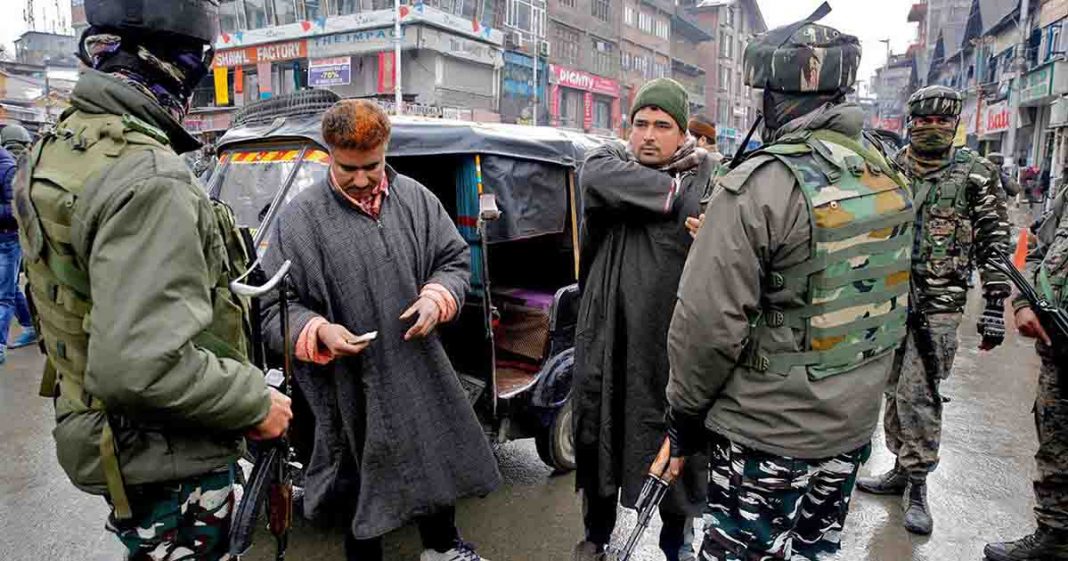 Terming Kashmir an international issue, several British members of Parliament on Wednesday called for international intervention to resolve the dispute, taking into consideration aspirations of Kashmiris. This is a breath of fresh air for both the Kashmiris and the Pakistani government, with the former’s struggles being highlighted and the latter’s diplomatic efforts bearing fruit.

“Kashmir is literally burning right now. Young men are losing their lives. Domicile rules would change the very nature and composition of what we call Jammu and Kashmir state…It would be too late if we take action next year or the year after because the imperialists would have annexed the territory to multiple means,” said Khan, urging a debate in Britain’s parliament and intense lobbying by British parliamentarians with the government of Prime Minister Boris Johnson.

“A cross-party meeting to build consensus on Kashmir would be helpful for Kashmiris,” he said, appealing to the UK to “avert a catastrophic war in the [South Asian] region which is on the horizon.”

Echoing Khan’s concerns, British MP Andrew Gwynne, who is also chairman of Labour Friends of Kashmir, said it was worrying to see the “increasing tensions from India not just towards Pakistan but also China” and its implications for the geopolitics of the region.

“Kashmir is not a bilateral issue between India and Pakistan. Yes, both parties have to be around the politics of it since they administer two parties of Kashmir…But the reality is it [Kashmir] is an international issue as has been recognized by United Nations Security Council resolutions,” he insisted.

“No decision about what happens to the territory can be made without the involvement of Kashmiris.”

"Let us be clear: Kashmir is not a land dispute between India and Pakistan. The issue is the question of self-determination of the people of the state of Jammu and Kashmir -The issue is not bilateral. It is an international issue.."https://t.co/zSzDAFBVhQ

Noting that Kashmir is an issue “that should transcend party politics,” Gwynne said it was time to raise the issue of the new domicile law and human rights abuses in Jammu and Kashmir with the UK Foreign Office and Commonwealth of Nations.

Gwynne’s colleague and Labour Party Deputy Leader Angela Rayner reiterated that her party’s position on the Kashmir dispute “has not changed.”

“To get lasting peace in Kashmir, we have to have discussions between the Pakistani and Indian governments,” she said, regretting that the British government was not speaking on human rights abuses and not helping dialogue happen between India and Pakistan.

“My position has always been to stand up for the people of Kashmir,” she maintained. “We [Labour Party] would continue to support that voices of Kashmiris are heard.”

Jammu and Kashmir has been under lockdown for past 10 months: UK MP

Debbie Abrahams, British parliamentarian and chairperson of the All Parties Kashmir Parliamentary Group (APKPG) in Parliament, said she wanted to visit Indian-administered Kashmir to get firsthand experience on the ground but the Indian government denied her permission.

“I regret that,” she added.

The APKPG is a cross-party parliamentarian group in Parliament that works for addressing human rights issues of Kashmiris.

Accompanied by her APKPG team, Abrahams recently visited Azad Kashmir, where she met people besides President Khan and other government functionaries.

Reorganization of Indian Occupied Kashmir is against UNSC resolutions

Abrahams maintained that reorganization of Indian-administered Kashmir post abrogation of Articles 370 and 35A was in “contravention of Article 49 of the Geneva Convention as well as UN Security Council resolutions.” “We need to be mindful of that,” she noted.

There are over 11 resolutions at the UN calling for the right to self-determination in the Jammu and Kashmir region that existed before India and Pakistan became independent nations in 1947. However, they are yet to be implemented to decide the political future of the disputed region divided by Line of Control between the two countries.

Expressing concern over the raging conflict between India and China in the Ladakh area of Kashmir, Abrahams said that “based on the rule of law and on human rights, [the international community] has failed to act. It is really a travesty of [justice].”

“The seriousness of this [Kashmir] issue has really been ignored,” she said, expressing regret that two Security Council meetings on Kashmir after Aug. 5 last year “concluded without any outcome”.

Insisting that the Kashmiri people were at the heart of the dispute, Abrahams said: “Action is needed from all of the international community to bring all parties together.”

She also urged Pakistan “not to ignore” reports by the UN’s human rights commissioner issued in 2018 and 2019 and Financial Action Task Force reports.

Indian forces in Kashmir have gained notoriety for detaining citizens for arbitrary reasons. India’s treatment of Kashmiris has raised red flags for organisations around the world.

A group of European parliamentarians comprising of 15 members from all major political parties have raised their concerns in a letter written to European Commission President Ursula Von der Leyen and European Union’s High Representative for Foreign Affairs and Security Policy Josef Borrell, demanding them to raise the issue of the worst human rights violations in Indian Occupied Jammu and Kashmir (IOJ&K) with the government in New Delhi.

Describing this as an important development on the international front, Azad Jammu and Kashmir (AJK) President Sardar Masood Khan said that the voices in support of the Kashmiri people are constantly rising around the globe in spite of the most difficult circumstances.

“The world now also condemns India’s actions in Occupied Jammu and Kashmir, and the discriminatory treatment being extended to minorities in India.”

Kashmir, a Muslim-majority Himalayan region, is held by India and Pakistan in parts and claimed by both in full. A small sliver of Kashmir is also held by China.

Several Kashmiri freedom fighting groups in Jammu and Kashmir have been fighting against Indian rule for independence, or for unification with neighboring Pakistan.

The disputed valley has been reeling from a severe blockade with key Kashmiri leaders imprisoned or put under house arrest since last August.

PM dares PDM to resign today; says it will be better for Pakistan