The challenge for Pakistan is how to pierce the European and American ears and make them receptive to the Kashmiri humanitarian crisis and the atrocities India is committing in Kashmir. 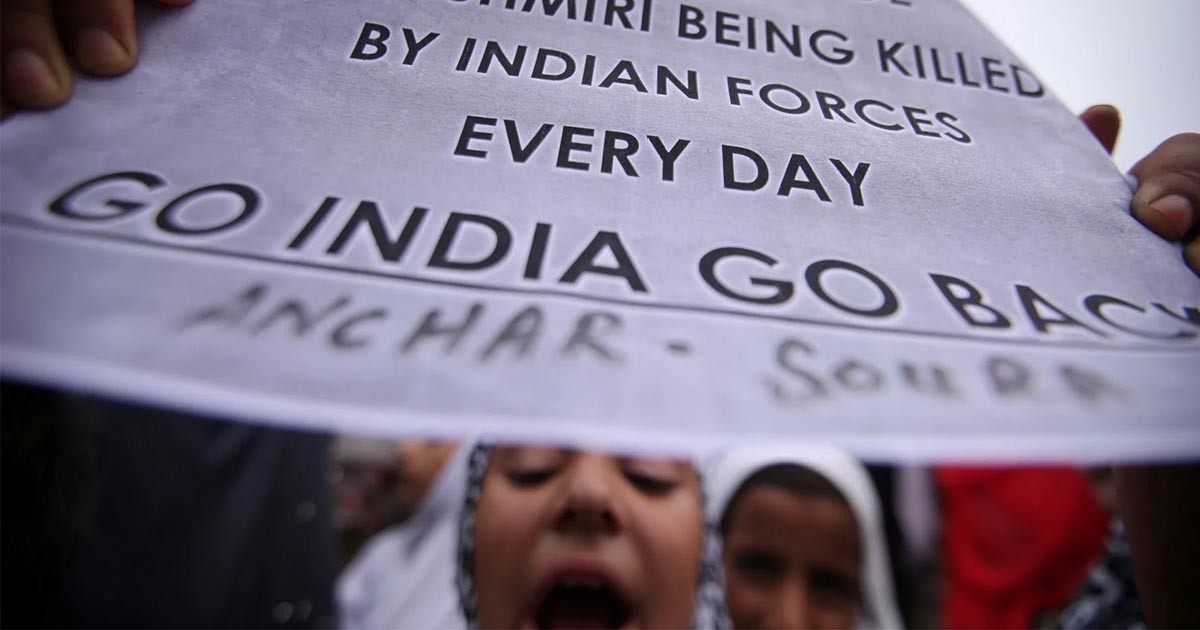 Why should these foreigners be interested in what I cannot associate myself with, asked a UK visitor Marcus Tomlinson?

Together with the flamboyant UK politician George Galloway, Tomlinson urged the Pakistani officials and intelligentsia at a Karachi event to anchor their Kashmir narrative in areas that interest the western audiences.

What is it that may incite the interest of a foreigner, they asked the participants?

They pointed out climate change, weapons of mass destruction including the risks associated with nuclear weapons (that both India and Pakistan possess), threats to the demography of a local community through systemic migration (Article 35-A), and abuse of human rights.

The challenge, therefore, is how to pierce the European and American ears using the subjects above, and make them receptive to the Kashmiri humanitarian crisis

These subjects including the potential strategic dangers of the Kashmir conflict ( nuclear arms) constitute the core of fodder for media and members of parliament, particularly in Europe, and hence offer a fantastic opportunity to Pakistan to play on their turf i.e. embed human rights and threats to the Kashmiri demography in their advocacy for Kashmir.

Unless we are focused on clearly spelt out outcomes, and until we figure out how to get the attention of those foreigners not directly related to the Kashmir conflict, it will be difficult to help Kashmiris be heard outside South Asia, Galloway insisted.

The challenge, therefore, is how to pierce the European and American ears using the subjects above and make them receptive to the Kashmiri humanitarian crisis.

Quite true; for decades Pakistan pleaded for Kashmiris but it fell on deaf ears because the world outside looked at it as a territorial dispute between Pakistan and an economically ascendent India, with its massive economy serving as a magnet for major powers. With one move (August 5 revocation of Kashmir’s special status), Modi took Kashmir out of Pakistan’s hands and delivered it to the international community as well as the media.

The Indian oppression has gagged the press, sealed over 170 daily, weekly and monthly publications, leading to an information black-out. Yet, major media outlets from the US to Norway to China have provided unprecedented coverage and amplified the misery flowing from the continuous clampdown on liberties in the Indian Kashmir.

Hundreds of articles, features, tv news stories and documentaries on the Indian oppression since August 4 have meanwhile populated the media landscape and aroused conscience all over the world.

By scrapping Article 370 PM Modi has, on the one hand, inflicted pain on Kashmir’s should but, on the other, he has made the Kashmiri cause relevant to the global audiences, albeit from a humanitarian perspective. Now the initiative rests with the Kashmiris themselves, British parliamentarians suggest. Nothing like articulation by the community itself i.e. If the large Kashmiri origin diaspora in the UK unites and speaks up it can not only impact nearly 70 seats of the British parliament but also influence governmental policies towards India, argues George Galloway.

He simply resonated what I have been saying since August i.e. we must take the fight out to the parliaments in Brussels (EU HQ), London, Berlin, Washington, Paris and elsewhere.

Unless we are focused on clearly spelt out outcomes, and until we figure out how to get the attention of those foreigners not directly related to the Kashmir conflict

Who can stop Kashmiris – particularly those directly affected by the clampdown if they camp outside parliaments in powerful capitals? Key stakeholders and media should step in to help them tell and amplify their stories.

Sadly, no government – not even in Islamic countries – restricted themselves largely to the “treatment of citizens in J&K, the prolonged incarceration of mainstream Kashmiri leaders, the communications shutdown, and the lack of access to independent observers.”

Why should then Pakistan keep making noises, particularly inside the country, at seminars and through the media about its Kashmir cause – that mostly viewed so far as an Indo-Pak territorial dispute? Not a single country is ready to risk annoying India by demanding the restoration of Kashmir’s pre-August 5 status.

The strong Indian influence, for instance, is evident from the US Congressional hearing on November 14, when only four of the 84 Congressional panelists showed up. Only one Republican, who happened to be the co-chairman, Christopher H Smith was there.

Nobody moves out of love for Modi, says the flamboyant British politician George Galloway. Overriding commercial interests prevent powerful western and even Muslim governments from condemning the aggression that BJP and allies have committed against Kashmiris.

Pakistan can perhaps get a good value for its political and financial capital by helping the affected Kashmiris abroad instead of wasting precious public funds on five-star seminars.

Imtiaz Gul is the founder and Executive Director of the Centre for Research and Security Studies (CRSS), an Islamabad-based think tank. He is the author of Pakistan: Pivot of Hizbut Tahrir’s Global Caliphate. This article was originally published in the Daily Times and has been republished with permission.

Pakistanis mock Abhinandan as Indians celebrate his return to IAF

Saif Ali Khan: A star in Bollywood — and on Netflix