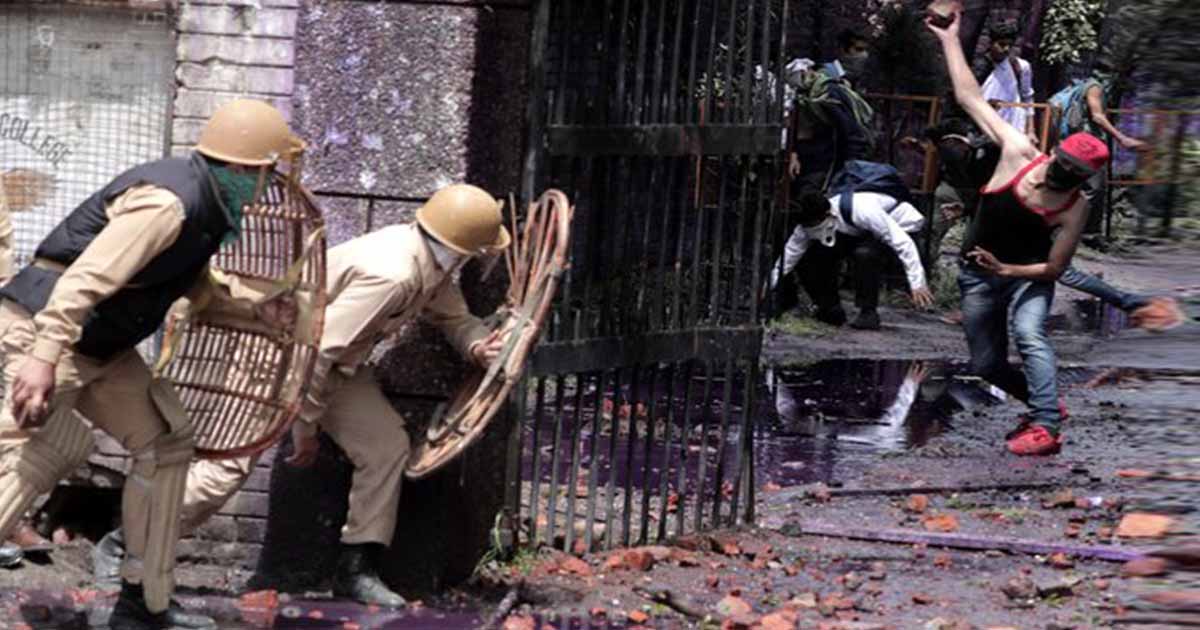 President Azad Jammu and Kashmir Sardar Masood Ahmad Khan said the implementation of the UN Security Council resolutions is the only just solution to the issue of Kashmir while addressing a seminar on ‘Kashmir under occupation; International Law perspective’ organized by the Research Society for International Law (RSIL).

We cannot ignore the people of Jammu and Kashmir who are actually inside the box, hoping for some illusory ‘out of the box’ solution and a government in exile will weaken the government of Azad Kashmir, which in fact is a Government for all Kashmiris

In his key note address, the President AJK Masood Ahmad Khan said that it is the responsibility of the UN Security Council to intervene in the situation and take notice of the killing and torture in Indian occupied Kashmir. He stressed on India’s decades long rejection of UN resolutions and its intolerance to UN presence in the occupied territories where war crimes and crimes against humanity are taking place. The silence of all five members of the UNSC on the matter stands to be highly disappointing.

Masood Khan expressed his optimism over the role of the international community but added that the Kashmiri youth are not going to tolerate the killing of their loved ones, destruction of their homes and rape of their women.

It's dubious to claim that you need to lock up political leaders, activists, children and harass journalists in order to have security in the region.

Earlier, Federal Minister for Human Rights Dr. Shireen Mazari said that there are numerous legal grounds, which not only support Pakistan’s stance on Kashmir but damage the Indian narrative as well. She stated that the right of self-determination is as relevant today as was before 9/11.

The UN Charter, the Geneva Conventions, the East Taimur independence, bifurcation of Sudan and a number of such facts strengthen the case of self-determination for Kashmiris. Thereby suggesting Pakistan should have a separate division in the Foreign Office to advocate the issue with an International Law perspective as the world capitals are ready to listen to us and we need to talk to them in terms they understand.

She said the United Nations Children Fund (UNICEF) in its recent report has denounced disruption of schooling in Cameroon but fails to mention Kashmiri children who are under siege for last three months. ‘UNICEF is supposed to be a non-partisan and Pakistan should protest this report that has no word for the children in Indian Occupied Kashmir’ she said.

Ahmar Bilal Soofi, President RSIL, on this occasion, noted that Pakistan is not benefiting from the overwhelming support that International Law is offering to the cause of Kashmir. Mentioning a booklet compiled by RSIL on Kashmir, Soofi said that in first one hour, some nine hundred people downloaded it and mostly from the United States and Europe. This shows the global community’s interest in the issue with reference to International Law. As the Indian Supreme Court is hearing the petition against promulgation of the Article 370 on November 13, he recommended Pakistan send its representative for that hearing as it would give us a better understanding of the Indian approach to the issue.

Further adding, that after the Pulwama attack and the Abenandan episode, it seems that India has opted for Lawfare but the post August 5 scenario has damaged the Indian narrative and has created an opportunity for Pakistan to promote its narrative based on international law.

ON 31 October, the Indian government has falteringly tried to make Ladakh and Jammu the part of the Indian Union. This annexation lacks political and legal correctitude and is therefore an illegitimate move under international law. The Central Government issued the order thereby dividing up the old state of Jammu and Kashmir into two union territories – one Jammu and Kashmir and the other the Buddhist-dominated high altitude region of Ladakh. Both regions will be directly ruled by New Delhi.

Besides Pakistan, China has presented itself as a major stakeholder in the matter due to its decades old dispute with India over Ladakh. “The Indian government officially announced the establishment of so-called Jammu Kashmir territory and Ladakh Union territory which included some of China’s territory into its administrative jurisdiction,” said Chinese Foreign Ministry spokesman, Geng Shuang.

Modi’s decision to repeal Article 370 will be constitutionally tested by the Supreme Court at a hearing on 13thNovember 2019, until when the Centre and State have been directed to file affidavits on the matter.