Iran is keeping Israel on its toes by working on hard power that is deterrence through showing-off nukes. The unpredictability of aggressive credible response to any aggression is the key aspect of this model. Pakistan can design a similar model. What should Pakistan do to contain Indian influence on Kahsmir? 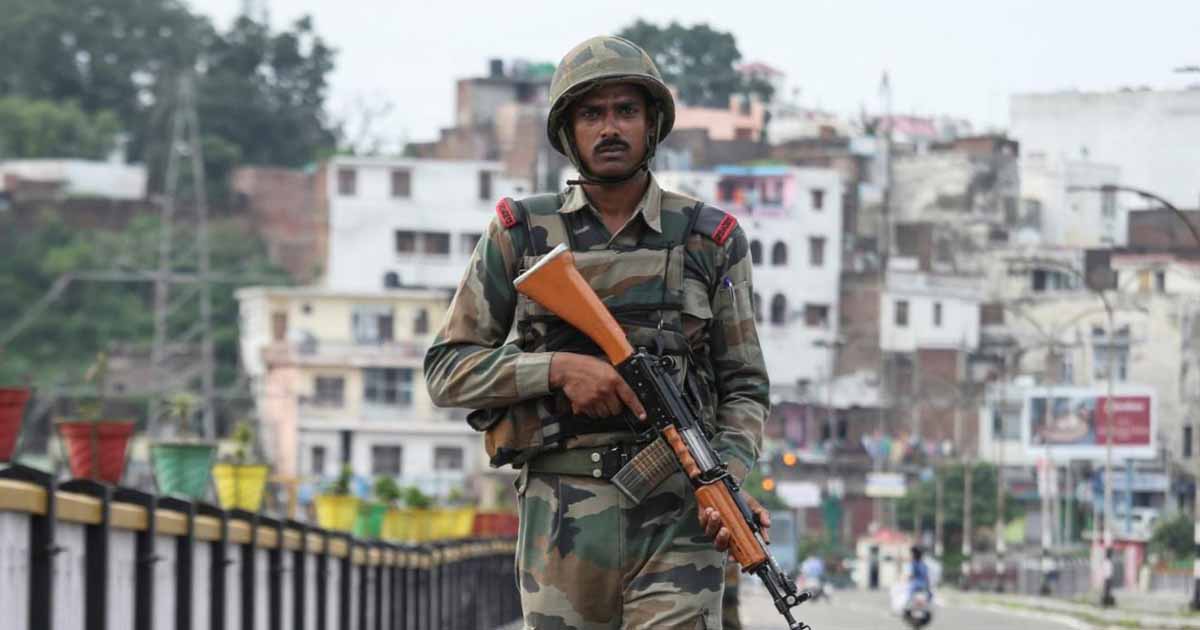 For months after August 5, 2019, when the state of Jammu and Kashmir was stripped of the special status and carved into two Union Territories — residents of the valley feared it was a step towards a demographic change in the region. Things got clearer when an Indian diplomat in the US came up with the idea of following the Israeli model in Kashmir. Now India is doing the same.

When the whole world is worried about the Corona Virus, India just pulled out another page from the Israeli textbook. It passed this new legislation, under which anyone who has resided in the Kashmir region for 15 years can purchase land and become a permanent resident.

UN recognized disputed territory of Kashmir is the world’s most militarized region with more than 700,000 Indian soldiers, paramilitary and police in the region. Despite an active diplomatic campaign by Pakistan on Kashmir, the International community yet again failed to play its part in resolving this 70 year’s old conflict.

India relies on its allies in containing Pakistan via different international bodies e.g FATF; this keeps Pakistan under pressure eventually preventing it from direct engagement in Indian administered Kashmir. This is the reason Indian policy makers believe that Pakistan can’t do anything and are slowly moving towards the annexation of Kashmir based on the Israeli model.

On the other hand, the Pakistani government and state apparatus are highly influenced by the Indian Psychological operations — this is the main factor in defining Pakistan’s policy on Kashmir, which is just limited to the political and diplomatic grounds. This was the exact approach Palestinians adopted due to lack of both capacity and capability to adopt other aggressive approaches but this is not the case with Pakistan. This approach failed because Israel had enough power to sustain the international diplomatic pressure. Now just like Israel the regime in India has enough power to take care of this constantly building international pressure.

In international relations and Geo-politics, diplomacy is a powerful tool but can’t be productive all the time, in the case of Kashmir, the Israeli model might bare results way much faster than it did in Palestine. Since Indian economy is growing at a rapid pace. Moreover, diplomatically, militarily, economically and legally; India is in a better position as compared to Israel. Israel along with political and diplomatic support is offering India all kinds of assistance in successfully executing its model in Kashmir. Israel is offering its services in terms of intelligence, defense production, capacity building and what they describe as “Counter-Terrorism”.

India is now deploying its tools to wage Network-centric warfare in the longer run. But in the last few months India in collaboration with Israel’s Military Industries is working on its Artillery Command & Control System (ACCS) along the LOC. The use of UAV drones and cluster bombs for the first time by the Indian army in Kashmir is a clear indication that they planned it on a script of Israel-Lebanon (2006); asymmetric warfare to keep Pakistan on its toes. This annexation is going to have long term implications.

Pakistan’s diplomatic campaign is futile, Pakistan even failed to organize the OIC conference on Kashmir, not only this, even majority of its allies haven’t come up with a strong stance on Kashmir expect Turkey, Malaysia and China. Pakistan already has limited options available — and even in that — Pakistani policymakers by ruling out the option of covert support for armed resistance — makes it very difficult to pull out any workable plans from the book. Even though, Kashmiris enjoy the legal right of armed resistance (just Like Palestinians), adopting this policy has only minimized the role and influence of Pakistan in Kashmir.

Moreover, in recent years the vacuum created by Pakistan’s non-interference was filled by other entities including Al-Qaeda and ISIS. Israel’s annexation of Jerusalem, Russian power in Ukraine and Iran’s influence in Iraq and Syria are great examples of how things work in Hybrid warfare with covert operations as the main driving force in the war. If India is following the Israeli model, Pakistan can follow the Iranian model of greater Syria.

Kashmir is not deserve just moral support but should be physical support, , Kashmiris are giving physical sacrifices for the love of Pakistan…….#LabbaikKashmir
https://t.co/0cLX3D70AV

Lessons from the Iranian model

Iran is keeping Israel on its toes by working on hard powerful deterrence through showing-off nukes, and, along with that the unpredictability of aggressive credible response to any aggression is the key in this model. The Iranian model includes organizing and building communities and a range of forces that are subject to its authority.

Keeping Israel focused on hard power, Iran is encircling Israel with the help of different proxies and meanwhile is working on capacity building of its proxies. Iran is providing these proxies a range of missiles, rockets, radars and advanced weapons which are important tools in Asymmetric warfare. This could have been impossible without strong diplomacy. Iran, with the help of Russia, is enhancing its defense capabilities along with its political influence in the region under the Russian umbrella.

Pakistan can design a similar model. Just like Iran and Russia had common interests, Pakistan and China have common interests in Kashmir. Pakistan needs to encircle India in Kashmir by building strong forces in the region. Pakistan can give GB and Kashmir autonomy over security affairs. They can take steps in that direction including making conscription mandatory for the people of GB and Kashmir, setup own military force or full corps within the Pakistan army. These forces can launch a series of special operations inside Kashmir to disturb the Indian plans of demographic change.

Read more: A Kashmiri’s experience of living in Delhi

Diplomacy is another important element in the Iranian model, Pakistan needs to engage its allies at least on the scale of OIC to announce travel restrictions for these new illegal settlers. There are many aspects of this model and need extensive study. But through the aforementioned approach, Pakistan could stop annexation of Kashmir.

Talha Ahmad is a Freelance Journalist, blogger, Human rights activist. He is an independent Geo-Political Analyst, commentator and keen observer of International relations and geopolitics. Talha Ahmad opinions have been featured in different News-websites like Daily times, Pakistan Today, and Morning Mail. The views expressed in this article are the author’s own and do not necessarily reflect the editorial policy of Global Village Space.

“War on terror”: Eradicating terror or spreading even more?