India govt. on August 5 last year abrogated Article 370 of the Indian constitution which granted the special autonomy to Indian-occupied Kashmir. Since then at least 4,000 people have been arrested and held under the Public Safety Act (PSA), in a controversial law that allows authorities to imprison someone for up to two years without trial. Different human rights organizations have condemned human rights violations by the Indian govt. 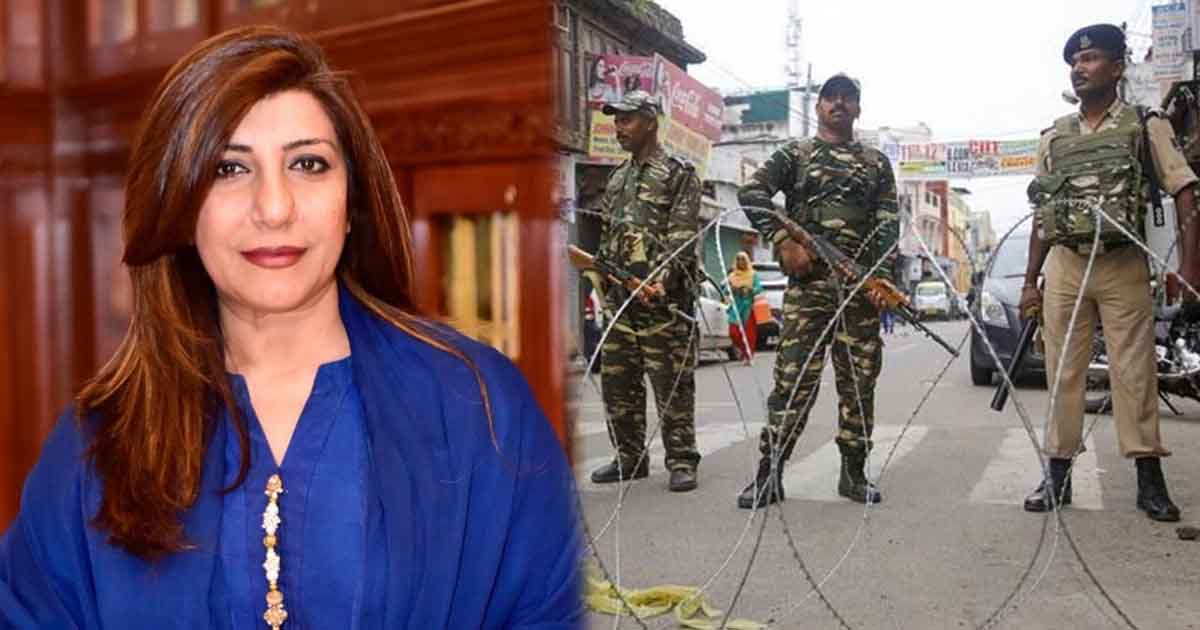 Pakistan welcomed a joint statement of six human rights bodies on Tuesday that called on India to restore internet connection in Indian-occupied Kashmir (IOK) and to release prisoners who have been detained since August.

In her tweet, Foreign Office Spokesperson Aisha Farooqui said that the joint statement rightly underlines that measures to combat coronavirus must ‘respect human rights of every individual’.

She further said it is imperative that India should release political prisoners, human rights defenders and all those arrested in IOK after August 5 2019.

The Bhartiya Janta Party (BJP) led government in India on August 5 last year revoked Article 370 of the Indian constitution which gave the status of special autonomy granted to Indian-occupied Kashmir.

Indian Prime Minister Narendra Modi’s Hindu-nationalist party rushed through a presidential decree to scrap the special status for occupied Kashmir. It also passed a bill proposing the occupied valley be divided into two regions and would directly be ruled by New Delhi.

The rise in mortality rate is being reported from Indian occupied Kashmir, mainly due to sick Kashmiris running short of medical care. Sanaullah Dar was due to undergo surgery to remove a tumour in his bladder. Four months later, he was dead, with doctors blaming a lockdown imposed by New Delhi on the restive part of Kashmir it controls.

In August, India’s Hindu-nationalist government stripped the Himalayan region of its semi-autonomous status and imposed restrictions on movement and a communications blackout, virtually cutting it off from the outside world.

Read more: Is India easing up on Kashmiris? As it releases Farooq Abdullah

Chronic or acute patients who need life-saving medications are also suffering, with a ban on courier services and delivery supplies from other parts of India to Kashmir.

Abdul Rahim Langoo, a houseboat owner and tourism operator who has a rare type of cancer, feared he would die as he could not contact drug suppliers in India’s capital New Delhi when phone lines were cut. Even after the lines were restored, the 57-year-old faced difficulties sending the doctor his prescription, which was required for the order, over the internet.

The clampdown hit tourist operators like Langoo badly, with just a handful of travellers — local and foreign, visiting the picturesque valley since August. That meant Langoo and other patients AFP spoke to can’t afford the flight to Delhi, about 810 kilometres from Srinagar, to purchase medications directly if they can’t order them remotely.

Trump offered to meddle for Kashmir, Modi rejected the offer

Kashmir is divided between India and Pakistan and served as the trigger for their full-fledged wars. The world would get benefit from reduced tensions and increased dialogue between the two countries and, given these factors, the president of the USA seemed willing to mediate if asked by both parties.

Read more: Here’s why Turkey, Iran and Malaysia spoke up on Kashmir

At least 4,000 people were arrested and held under the Public Safety Act (PSA), a controversial law that allows authorities to imprison someone for up to two years without charge or trial.

India, however, has long rejected any outside role on Kashmir and quickly shot down the idea after Trump mentioned mediation in a July meeting with Khan. Modi’s government said that its actions will spur economic development in Kashmir and defends the restrictions as temporary means to ensure calm and prevent Pakistan from meddling.

Global response on Kashmir: Shaken but not Stirred