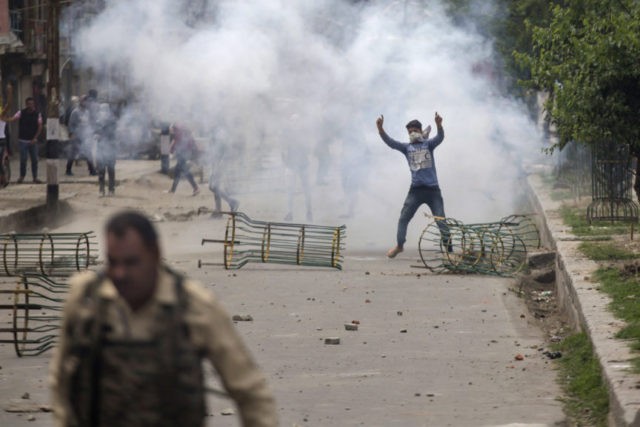 The recent announcement by New Delhi to halt its military operations in Kashmir that seek to kill nominally trained and scantly armed militants and the youth that lead agitations during the military operations is a welcome move. After two years of relentless and wanton violence, mostly provoked by the illogical military response to a struggle that is primarily based on political demands, such a pause can offer much needed time for reflection on all sides.

Also, this has the potential to allow some opening in the future for a dialogue and a much-needed political process. Any move that seeks to end violence or obliterate it’s otherwise unyielding spike is fruitful and must be applauded because the power of brutality and vicious aggression has lost influence to break the stalemate.

Read more: A Letter to Indian Army Chief from a Kashmiri writer

Even the Indian Army Chief, General Bipin Rawat, who is known for his controversial and unpalatable observations, recently made candid observations about the limitations of military power and its inability to foment a solution. This was a diametric departure from his previous position that his army could control the situation after he publicly threatened the protestors that they will be treated as terrorists.

This publicly stated official aggressive policy has led to a massive loss of civilians as the military has been firing upon civilians with little caution or consideration, causing widespread death and injuries. The rise in civilian killings has fuelled an unceasingly upward trend of the Kashmiri youth joining the resistance ranks; more than 40 have taken up arms in the first four months of this year alone. During the same time, scores of civilians and over 60 ‘militants’, most of whom were without any arms training with scant weaponry, lost their lives as the military forces chased and killed them without much thought.

It is commendable that the Indian army chief has shown willingness to amend his own previous assessments and is now calling for politicians to come forward and engage with the people on the ground. If New Delhi’s new policy is borne out of a well-thought-out strategy, as some reports suggest, it would go a long way if the Indian government and the military forces on the ground displayed some commitment to peace.

While one of the ways certainly is to pursue measures that actively seek to limit hostilities that cause deaths at the first place, long-term approach would need a solid commitment to pursue peace through a negotiated settlement of the issue by actively engaging with the besieged population.

Moreover, a solid commitment to justice and correcting the wrongs of the past would go a long way in assuaging the public sentiment. It would be extremely helpful if the army took action against the killers of civilians such as Shabir Ahmad Monga, a 30-year old English lecturer, who was beaten to death inside his house by the army personnel in August 2016. There are numerous other incidents of unwarranted or reckless acts of violence against civilians that has provoked an unending spring of tombstones across the valley.

The initiatives that can pave the way for the engagement at the grassroots level is necessary. This may possibly yield some feeling of an official affirmative commitment to mitigate the public suffering that is massive and overwhelming. The current situation demands a committed top-down approach that seeks to remove the immediate grievances with an obligation to subtract the biased institutional mechanisms that are capable of only perpetuating and justifying violence against the people.

That is only possible if the central Indian government takes the initiative as the provincial government headed by Mehbooba Mufti has been left emasculated by her political partner BJP. Also, due to her role in mass violence in the past two years, she remains marooned by her deep unpopularity among the masses to offer any credible initiative of her own volition. The convention in Jammu and Kashmir is that every significant decision is made by New Delhi with little or no regard for their toadies on the ground.

For the past few days, the Chief Minister Mehbooba Mufti had started to bat for the idea of halting military crackdowns during Ramadan. According to a report in The Hindu, the recommendation to suspend the military operations was in the works for two weeks. The decision was made on the basis of several intelligence reports and analysis that the killings “were not yielding the desired results and the emotional upsurge at funerals of militants killed in encounters was aiding recruitment”.

Read more: “We will always fight those who seek Azadi,” Indian Army Chief…

Desperate for some face-saving amidst rising unpopularity Mufti seems to have latched on the idea, possibly receiving advance information about the process and the reports doing rounds in New Delhi. Otherwise, the role of the local pro-India politicians has been quite depressing as they have been busy appeasing their mentors within the Indian security structure. The pro-freedom leadership hasn’t been able to do much either, for they have been so squeezed that they can only watch and with that too with disdain and from a distance. The only politician who has displayed consistency in working for the constituency of peace is Engineer Rashid, a member of the pro-India Jammu and Kashmir Legislative Assembly.

Despite being lone legislator from his party, Awami Ittihad Party, which he also heads, he has worked tirelessly to retain some sanity through his public advocacy and formal or informal interventions within or outside of the Assembly. This has earned him wide-scale disdain and he has been subjected to consistent violence; he has been detained by the police for hundreds of time as well as attacked by the extremist Hindu vigilantes. In addition, he had to deal with a lot of political subversion at home.

Last week, after presiding over an all-party meet, Chief Minister Mufti called a press conference to announce there was a cross-party consensus to call for a ‘ceasefire’ during the month of Ramadan. The announcement was followed by a public rebuke by her coalition partner BJP who ran a parallel press conference to deny the contents of her assertions. The BJP leaders claimed there was no talk of a ceasefire during the meet except Engineer Rashid who received nothing but indifference from his colleagues. Rashid confirmed with me that during the meeting nobody talked about the ceasefire and that he was the only legislator who raised this issue. “It was strange to see Mehbooba Mufti talking about the issue and trying to take credit for something she did not even talk about during the meeting”, he added in a tone laced with sarcasm. He accused Mufti and other politicians of blatant lying and claimed they represented New Delhi in Kashmir and not the Kashmiris.

Regardless of her role in fomenting massacres and extreme hardships on the people, Mufti’s current effort to redefine her role from a warmonger to a potential peacekeeper deserves appreciation. But her keenness to claim credit for the idea and its application is at best crafty and false-hearted. Besides, one of her advisors and spokesperson, Naeem Akhtar, in his pubescent like rush to sound impressive, even asked the pro-freedom leadership to join his party to press for the ‘ceasefire’ demands. It is ironic that he perhaps forgot that one of the most important leaders of the movement, Syed Ali Shah Geelani, has been under house arrest for nearly a decade with harshest conditions imposed on him since Mufti assumed office.

The proposed halt in the military operations has not yielded much response from the public for the whole process of announcements by the central Indian government stands discredited. Many Indian Prime Ministers have promised umpteen things to the Kashmiris.

From Nehru’s now infamous promise to hold a referendum to Narasimha Rao’s ‘Sky is the limit’, hundreds of thousands of lives were lost. Then Vajpayee promised everything under ‘the ambit of humanity’, but it did not stop the march of death in the successive years. Only four years ago, the ruling People’s Democratic Party was promising dignity and honour for the people, and respite from official repression. Barely two months into her Chief Ministership, Mufti reneged on all her promises and has since unleashed one of the most lethal and inhuman reigns of terror in our recent history.

Under these circumstances, it is no wonder that the Joint Resistance Leadership that is informally run by Syed Ali Shah Geelani, Yasin Malik, and Mirwaiz Umer Farooq since July 2016 has rejected the Ramadan offer of cessation of active hostilities.

They have plausible grounds to be wary of the Indian move, and sadly, their pessimism did not have to wait long to get validated. Four days after the so-called ceasefire came into force; the paramilitary Central Reserve Police Force used bullets and tear gas shells to disperse a public demonstration in Aarampora, Sopore. This caused grievous head injuries to a 9-year old Rizwan Ahmad Kaboo. While the new casualties clearly demonstrate the trigger-happy nature of the forces and the lawless regime that promotes it, the situation also shows the importance of peace and holding on to any possible leads to achieve that. Of course, the long-term peace can only be achieved if it is linked to the political settlement that would need sensible and sensitive management of the problem.

The militant groups from Pakistan based Lashkar-e-Taiyyaba and the indigenous Hizbul Mujahideen have also reacted negatively, though Syed Salahuddin, the Supreme Commander of HM has been more circumspect in his reaction. Regardless, these are imprudent and hasty judgments with unprofitable outcomes. Dismissing peace overtures disparagingly is not only unsustainable but also untenable in the long run.

Murtaza Shibli is the author of the book, 7/7: Muslim Perspectives, a collection of reactions by the UK Muslims on the London Bombings of 2005 that killed dozens of Londoners. He writes on political and military issues. He tweets: murtaza_shibli. The views expressed in this article are the author’s own and do not necessarily reflect Global Village Space’s editorial policy.

What are Tehreek-e-Labbaik’s chances in 2018 elections?