The video clip of Marvi Sirmed and Khalil-ur-Rehman Qamar's argument went viral on social media that spurred tremendous reactions on Twitter. Social media users slammed the bigwigs of the media industry for continuing to work with him despite his archaic, orthodox and demonizing comments against women. 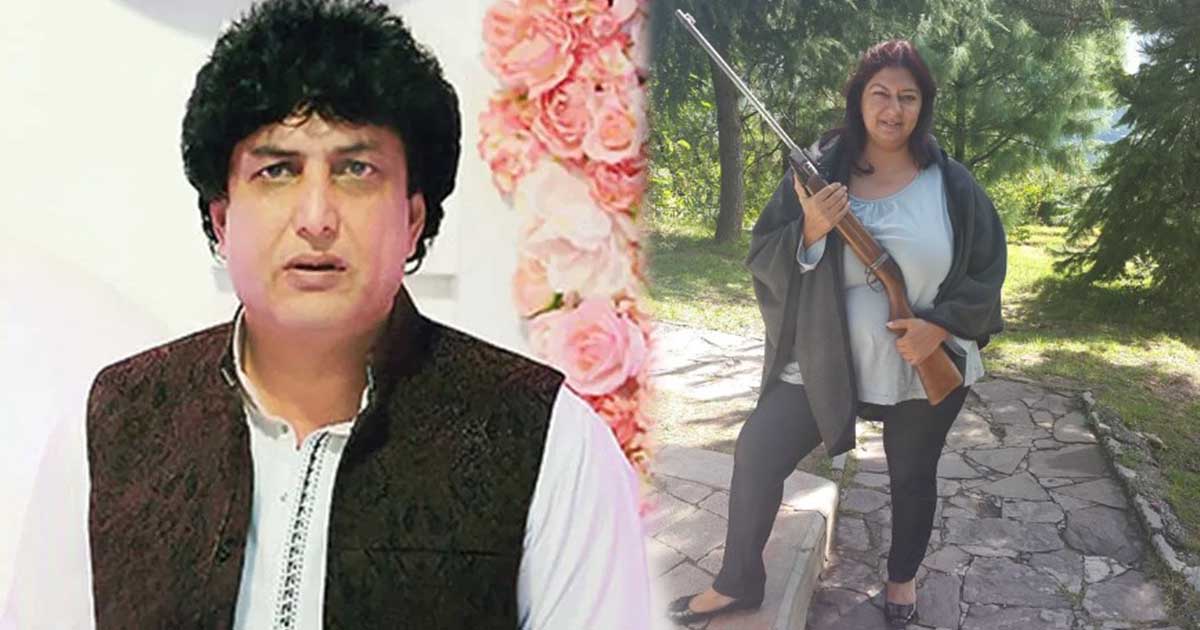 1/2 We all must boycott #khalilurrehmanqamar after this indecent and uncivilized behavior. This attitude is unacceptable from either party, he must apologize publicly. Its ok to disagree but while staying in one's limits! pic.twitter.com/tihBlM0j1Y

2/2 But #khalilurrehmanqamar not the only one who is disrespectful in public.#MarviSirmid has been abusing and disrespecting people disagreeing with her.
We must boycott BOTH if we want real equity to prevail. pic.twitter.com/ku3ah3pG5A

Qamar disdained Marvi Sirmed and proponents of Aurat March during an altercation. Marvi Sirmed too retorted in ire and dissed Khalil-ur-Rehman Qamar following indecent and derogatory comments on her.

His blatant profanities hurled at Marvi Sirmed baffled social media users. Meanwhile, anchorperson Aisha also issued the statement of apology explaining her perturbation and confusion that failed her to efficiently handle the situation. She assured that nothing on her part was intentional.

Appalled to see #khalilurrehmanqamar speak in such a way with @marvisirmed . I feel sorry for his mother. تربیت کی کمی

I will not accept any show on @NeoTv_Network until this anchor apologises and this abusive man boycotted. If others ( men and women ) do the same when asked for shows this kind of disrespect to women may not get impunity. Women’s rights are human rights. Enough of this nonsense https://t.co/YAJlmawCXF

Meanwhile, anchorperson Aisha Ehtisham was criticized on social media for not interrupting Khalil-ur-Rehman Qamar and letting him continue his disparaging remarks against Marvi Sirmed.

However, this is not the first time when Qamar has attracted widespread backlash on social media. His misogynistic remarks have often landed him in trouble several times before.

Social media users slammed the bigwigs of the media industry for continuing to work with him despite his archaic, orthodox and demonizing comments against women.

Wonder why this shitty xxxx wasn't chucked out of the studio just when he opened his filthy mouth? #Pemra ban him from appearing on TV, and act against channel and anchor who let him has his way. @Razarumi @marvisirmed #AuratMarch2020 https://t.co/S1XLoYIKMA

Khalil ur Rehman conduct is extremely offensive and at the same time the anchor person’s conduct is Shameful too who instead of giving a shut up call to Khalil ur Rehman was trying to silence @marvisirmed. Afareen on the TV channel for not muting this filthy man. https://t.co/kFrWUoEzzQ

I am shocked at what I have just heard and seen!! Sick to the core. This same man who abused a woman on tv is revered and given project after project because of what? We are as much to blame if not more for perpetuating this thinking! #khalilurrehmanqamar

Tahira executed a fearless takedown at Qamar and his likes for derogatory and sexist comments against women on social media recently spurred by ongoing drama serial Meray Pass Tum Ho.

She profoundly explained feminism and trashed the idea of entitling women to respect and rights on the whims of men. A clip of Tahira Abdullah doing rounds on social media from the show gained appreciation.

Qamar in his rebuttal purportedly slammed the Aurat March and asked why women step out on roads holding placards and ask their rights from men. Calling himself the ‘biggest feminist’ of Pakistan, he said he dislikes the disdain of feminists for men.