Fianceé of assassinated Saudi journalist appeals to the people in power in the UK not to let Saudi Arabian Crown Prince Mohammad bin Salman amass too much power in that country. 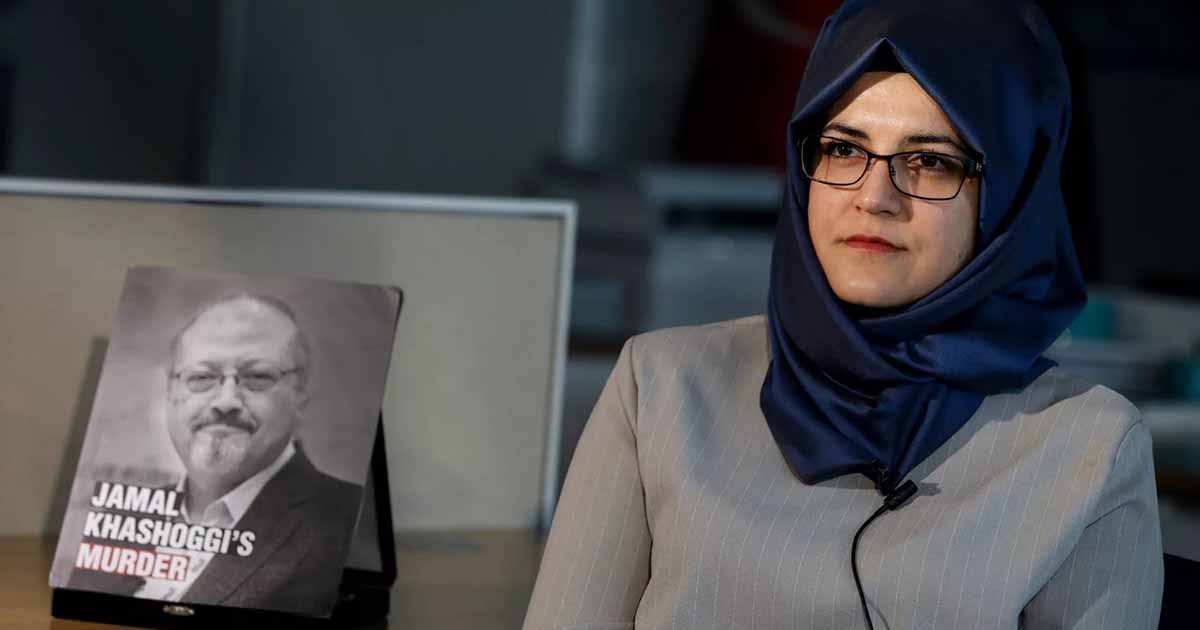 Speaking to Anadolu Agency, Cengiz urged the UK government to stop Saudi Crown Prince Mohamed bin Salman to “raise himself above the law of the land” with the proposed takeover.

Khashoggi’s fiancee said the Saudi crown prince has been using this takeover to improve his shaken image on the world stage, although many details of the murder are still unknown.

“He uses this kind of commercial investment initiatives to get his legitimacy back into the world stage,” Cengiz told Anadolu Agency, adding: “In other words, he abuses this takeover to come clean.”

Saudi Arabia is not a country with a modern law and justice system that is accepted throughout the modern world today, Cengiz said.

Besides, she added: “the Saudi Prince is above any law in his country.”

“If this sale happens, you will have given him the message that he is above the law in your country,” she said, and added: “Do not let him raise himself above the law of your land,” calling on British authorities.

Cengiz asked why the human rights organizations, lawyers and journalists are still waiting for this sale to happen. “It’ll not matter once the sale is closed. They need to act before it’s too late,” she said.

She also urged human rights groups to immediately take action to stop Saudi takeover of Newcastle United FC. She said once the sale happens, they can not take any action beyond “condemning”.

For Christ sake women give it a rest . Its going through and unfortunately yo u and your Qatari sneaky beaky people can't stop it .Khashoggi fiancee urges UK gov’t to stop Saudi prince from ’putting himself above British law’ https://t.co/pUmtLfbLHF— Steven Lough (@StevenLough6) May 19, 2020

British billionaire Mike Ashley, the current owner of Newcastle United since 2007, put the club up for sale in 2017.

The Saudi Public Investment Fund, chaired by bin Salman, bid some £300 million ($374 million) to take over Newcastle. If the transaction is approved, the fund will own 80% of the club.

Calls for international probe in murder of Saudi Journalist

Cengiz also added that the Saudi government has not carried out a proper investigation on the murder of Khashoggi.

“Rather, they either covered up or denied the already revealed facts,” she said.

Khashoggi, a journalist by profession, was a critic of the Saudi regime and reserved his harshest judgement for Crown Prince Mohammad bin Salman. during his career in Saudi Arabia, he was the editor of Al Watan Newspaper, which he slowly but surely turned into a platform for Saudi progressives. After fleeing from the Kingdom in 2017, he took up a job with The Washington Post. He was killed and dismembered by a group of Saudi operatives shortly after he entered the country’s consulate in Istanbul on Oct. 2, 2018.

Riyadh took many about-turns during the ensuing investigations. The Saudis offered various, conflicting narratives to explain his disappearance, ranging from him leaving the consulate alive to dying from strangulation within the consulate, before ultimately acknowledging he was murdered in the diplomatic building while seeking to shift blame for his death on a botched rendition operation being carried out by rogue agents.

Khashoggi’s body has never been found.

The fallout from the Kashoggi murder

UN Special Rapporteur on Extrajudicial Executions Agnes Callamard concluded in an earlier report that Khashoggi’s murder was a “deliberate, premeditated execution” and encouraged an investigation of bin Salman.

Saudi officials, however, have insisted that the crown prince was not involved in the murder.

Saudi Arabia announced at the end of last year death penalty for five people for taking part in Khashoggi’s murder.

Meanwhile, Turkey claims that Saudi Crown prince was behind the assassination, which has resulted in a frost in diplomatic relations between the Kingdom and Turkey.

US to continue normal consular operations in Pakistan: MoFA

CJP orders PIA MD’s to be placed on ECL