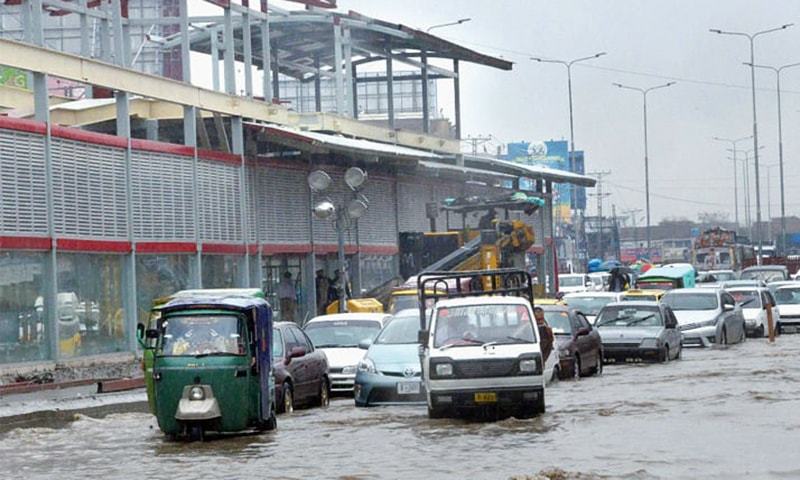 The Asian Development Bank (ADB) is stepping up its efforts to salvage the on-going crises of the sort in Peshawar, where the firing of the Chief Executive Officer, Altaf Khan Durrani has led to the exit of many other officials. This has risked further delays in the TransPesahwar Bus Rapid Transit (BRT) project, which the ADB loaned $350 million for.

The PTI government wished to conclude the project in its tenure but delays in the project jeopardized the party’s plans to deliver the much-awaited project before the end of its tenure. The government was interested in launching the bus service on May 20th after changing the initial date from April 20th.

The Khyber-Pakhtunkhwa Chief Minister, Pervez Khattak, angered at the delay and the failure to procure the fleet of buses for the transit system,  fired the CEO after the approval of his cabinet. This further aggravated the situation, as unhappy with the decision, the Chairman Board of Directors of TransPeshawar, Javed Iqbal along with the General Manager Operations and Market Development, Mohammad Imran Khan and Chief Finance Officer, Safdar Awan resigned from their posts,  citing unfair dismissal of the CEO. The loss of the top-tier management left the company in crises.

The balance between the infrastructural and institutional development lacks in KPK. To stay in power, one must know the psyche of the public. In Pakistan, eye-catching infrastructural projects are critical to re-election.

The CEO, Durrani was apparently found complacent for not constructing the bus depot on time, which delayed the project. Moreover, testing the process of the prototype buses and report of the consultant required a month. This prompted him to ask the supplier to delay the mass production of buses, which angered Khattak. Durrani believed that procuring the bus fleet of worth Rs5.5 billion, at a time when the depot and infrastructure was not ready to start operations until June-July, was expensive. Because, transportation of buses into Peshawar from China, by road and without the availability of depot, would increase the cost.

Read more: CM Khattak claims he was asleep when mob attacked PTV during…

CM was unhappy over this delay and took a decision which sparked a controversy. It is understandable that there is no depot but, in his view, was it not Durrani’s responsibility to complete the project in time by ordering the busses on time? According to the KP government officials, Durrani, who was specially brought from Canada for the project, failed to complete the project on time and kept changing the inauguration dates in official meetings. In regard to this, the KP government is trying to lure the senior management back to work.

On the other hand, Durrani believes he was ousted unfairly despite following the international procedures and protocols and with no actual issue of a timeline. ADB had appointed the consultants for testing the new technology which was introduced for the first time in the country. Unless, all the pre-requisites are not in place, and the vendor cannot be asked to assemble the buses.

It is easy to criticize the government for not being realistic about the prospects of the project, having seen the ground realities. With this in mind, it appears that CEO had assured the government many times of timely launch of the project in April or May, but miserably failed to deliver on his promise resulting in a delay of the project.

The PTI government wished to conclude the project in its tenure but delays in the project jeopardized the party’s plans to deliver the much-awaited project before the end of its tenure.

Had the CEO not kept the KP CM in the dark over the project, Khattak would not have built a political narrative, where during the public engagements, he declared the start of the project prior to end of government’s tenure.

Read more: PSL victors to get Rs20m from Pervez Khattak

The public perception in Pakistan is largely dependent on the visually witnessed development and PTI lacks on this front. Nevertheless, in the ‘election year budget 2017-18’, the provincial government had promised a rapid Bus Transit corridor for the provincial capital at the cost of Rs53bn.

The balance between the infrastructural and institutional development lacks in KPK. To stay in power, one must know the psyche of the public. In Pakistan, eye-catching infrastructural projects are critical to re-election.

Read more: The Roller Coaster Between Jamat-e-Islami and PTI Ends

Politicians play with the perception of people. Sticking to an agenda is great, the transformation of work culture in KP was indeed a commendable job and the provision of services in government institutions is laudable aswell. However, failing to build eye-catching projects can be costly, which is why Khattak was dismayed and in a bid to put the house in order, further jeopardized the matters, prompting ADP to look into the matters more closely.