With its impressive features, Kia Motors are set to expand their market share with the launch of its first medium-range product in Pakistan.

Kia Motors Pakistan is set to introduce a new car for mid-range users: The Picanto. This would be the Kia’s third car in Pakistan, the first two: Carnival and Sportage intended for high-end customers. Picanto will be the first product for middle-range users vying with cars like Suzuki Cultus, Suzuki Wagon R and Faw V2 in the market.

The pre-booking for the car is open and will be delivered by October 2019. The car has an ISO child-fix and is expected to cost around Rs1.9 million for manual transmission and Rs2 million for the automatic transmission. A five-door car Picanto is available in four colours, Mercury Blue, Sparkling Silver, Milky Beige and Clear White.

The car is designed with perfect hatchback curves and arches at the back. In the front side of the car is place a tiger-nose grille with chrome trimmings. The hatchback has a wheelbase of 2400mm which provides optimum control over the car.

On the bumper, it has two rear lights similar to new Suzuki Alto. The door handles have chrome on them and bent inwards near the bottom.

The car has four automatic speed gears with a 1000cc engine displacement. Its Euro-6 compliant 1.0-liter engine produces a maximum output power of 66 hp. It economy rates stand at par with Hyundai i10 while its NEDC rate is up to 23km/litre.

It also features power windows along with power side mirrors and the power steering has a tilt adjustment feature. Picanto has two airbags for the driver and front passenger side and fog lamps. The trunk of the car is small but its capacity can be increased by folding the back seat of the car. 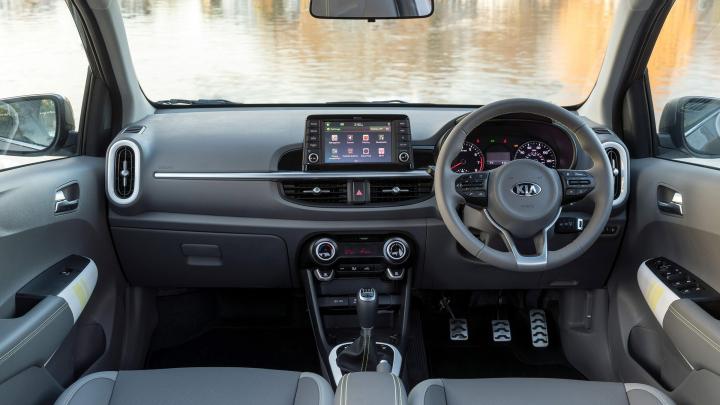 The interior of the car is spacious and has comfortable seats for the passengers. While the dashboard and the door trimming may look like plastic, they are well-built and solid. The information dials behind the steering wheel have a mixture of both manual dials and digital ones.

The car also consists of a multimedia unit which a built-in CD changer, a touchscreen display and Bluetooth support and a 3.5mm headphone jack. 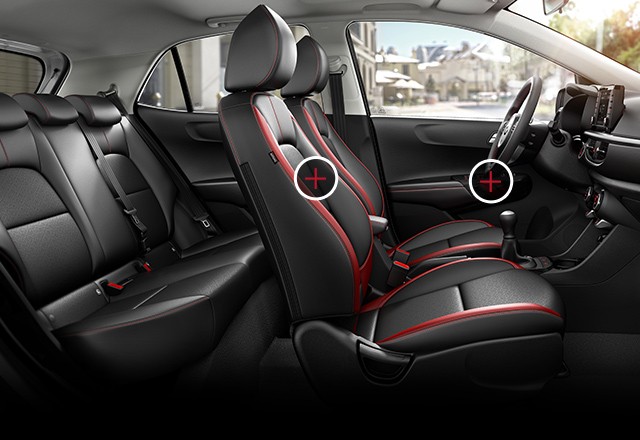 The cabin is fitted with an ambient light at night which comes from multiple lamps fitted in the overhead console, gear clutch foot, glove box, and luggage area.

Previous article
After Massacre at Gujarat, Modi’s has Programmed Pogrom for Kashmir
Next article
How Water was discovered on a potentially habitable exoplanet for the first time