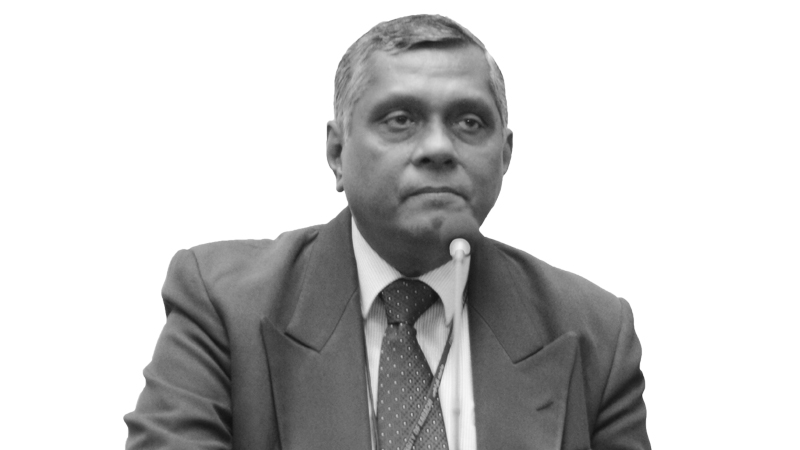 The tension between Washington and Pyongyang is heading for a disastrous nuclear crisis. The increasing bellicose rhetoric between President Donald Trump and North Korean leader Kim Jong-un is frightening. Both sides are hell-bent on their stances and thereby their actions are alarming about the probability of “mutually assured destruction.”

Conversely, the nuclear optimists guarantee the continuity of deterrence stability in the Korean peninsula. Since the dawn of nuclear age, the country owning nuclear weapons has not been invaded. Even the country enjoying nuclear umbrella has not suffered by military aggression. For instance, NATO member states during the Cold War were not annihilated by the Soviet’s nuclear strikes or nuclear blackmail. Similarly, today, South Korea and Japan feel secure with positive security assurances of the United States.

The Americans invasion of Iraq in 2003 and Russian Federation annexation of Crimea (Ukraine) in 2014 marked the importance of nuclear weapons in solidifying the defensive fence of smaller states. Therefore, North Koreans and other latent nuclear powers are not ready to compromise on their nuclear potential. North Korea’s proliferation of nuclear warheads and ballistic missiles multiple Americans insecurities.

Many American nuclear experts believe that Pyongyang has “learned enough to confidently make a warhead that is small and light enough and sufficiently robust to survive.” They feel vulnerable to their nuclear strikes, especially after the testing of two intercontinental ballistic missiles in July 2017.

Admittedly, the balance of power is in favor of United States, but North Korea has potential to inflict unacceptable damage over the adversary in a nuclear war

Trump’s threatening remark of ‘fire and fury’ that he will unleash on North Korea did not pacify Pyongyang. Instead, North Korean leadership threatened to launch a miniaturized nuclear warhead to hit the American Pacific island base at Guam—home of US Navy installation, submarine squadron, Coast guard group and an air base. Kim stated confidently: “The U.S. should stop at once arrogant provocations against the DPRK and unilateral demands and not provoke it any longer.”

The Korean peninsula is a nuclear flash point. The 35000 troops stationed at 83 US military bases across South Korea cause an existential threat to the North Koreans. Pyongyang expressed its serious reservations over the military exercises in its neighborhood conducted by the United States and its regional allies.

Simultaneously, the increasing military power of North Korea, especially the modernization of its nuclear arsenal multiplies the insecurity of Washington’s regional allies. Since 2013, the South Koreans have been contemplating to acquire nuclear weapons to deter the North Korean aggression. Though Japanese continues opposing nuclear weapons, yet unwilling to denounce nuclear umbrella shield.

During the Clinton Administration, Washington was able to cap the North Korean nuclear program temporarily through a dialogue process

Importantly, both Japan and South Korea boycotted the negotiations on the Treaty on the Prohibition of Nuclear Weapons held in New York from 27 to 31 March 2017, and again from 15 June to 7 July 2017. The Treaty is a legally binding instrument to prohibit nuclear weapons, leading towards their total elimination. Tokyo and Seoul opposed the Treaty because they are convinced that North Korea would not roll back its nuclear weapons program.

Korean peninsula in particular and North East Asia, in general, is sliding into nuclear emergency. The current crisis was temporarily averted after Kim decided to step back from a planned missile strike near Guam on August 15, 2017.

However, the flashing of a crisis again or restarting of the threatening rhetoric cannot be ruled out in the near future. Hence, both sides need to start a constructive dialogue for the sake of sustainable peace in the region. The realistic approach is that Americans realize their limitations while dealing with North Koreans.

During the Clinton Administration, Washington was able to cap the North Korean nuclear program temporarily through a dialogue process. Both sides signed ‘An Agreed Framework’ in 1994. Today, Americans believe in coercing instead of engaging the North Koreans. The former announced that latter should show some tangible commitment to denuclearisation. Pyongyang is not prepared to accept preconditions for restarting a dialogue process.

To conclude, confrontational spiral could escalate into the war very quickly. Admittedly, the balance of power is in favor of United States, but North Korea has potential to inflict unacceptable damage over the adversary in a nuclear war. The military adventurism is neither advantageous for Americans nor in the interest of North Koreans. Therefore, both Pyongyang and Washington need to act rationally and refrain from warmongering.

Previous articleWill the launching of a mobile application change the Thana Culture?
Next articleCan Sharifs be held accountable in Pakistan?

22 September 2021
Previous articleWill the launching of a mobile application change the Thana Culture?
Next articleCan Sharifs be held accountable in Pakistan?

The Doctrine of Information War and Global Dynamics