People in Khyber Pakhtunkhwa province are celebrating Eid-ul-Fitr today on Tuesday after the provincial government announced the sighting of Shawwal moon in the province. 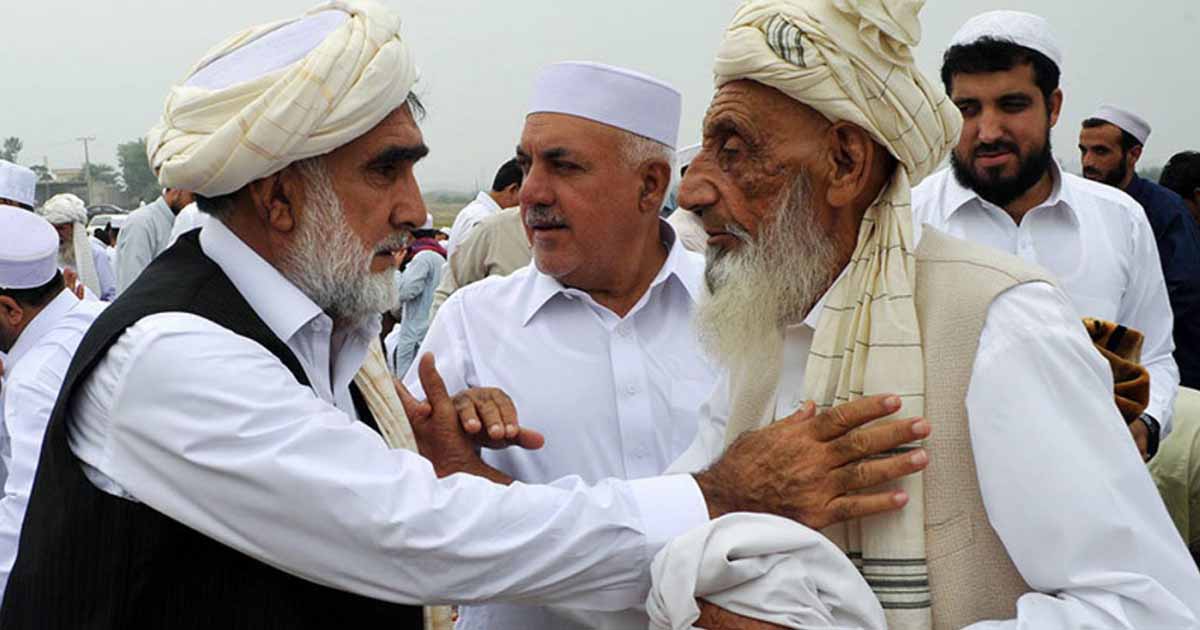 Governor KPK, Shah Farman offered Eid prayers in the Governor House while residents of the province went to the mosque to offer their prayers. The KP government spokesperson stated the decision to celebrate Eid was taken by Chief Minister Mahmood Khan.

The minister said the provincial government received a number of testimonies from the Federally Administrative Tribal Areas for the Shawwal moon sighting. We will celebrate Eid on Tuesday for provincial harmony,” he said. The announcement came hours after Masjid Qasim Ali Khan announced to celebrate Eid today.

Shahab-ud-din Popalzai, the chief cleric in the mosque, announced the decision after having received 25 witnesses of the moon sighting all over the provinces’.

What about countries where the sun and moon don’t come out for days… should we just say that there’s no Eid or Ramazan in these situations? Chaudhry added.

Meanwhile, the official Ruet-e-Hilal committee will meet today in Karachi on June 4th to sight the Shawwal moon. Whereas, Science and Technology Minister Fawad Chaudhry has already announced the date on June 5th, on the basis of the first lunar calendar launched by his ministry.

The clerics in Pakistan, however, have objected the lunar calendar launched by Fawad Chaudhry, pre-determining the dates of major religious festivals. The Council of Islamic Ideology has announced to review the lunar calendar in detail after Eid.

In a press conference held on Monday, Chaudhry hit back at the clerics for making the first state lunar calendar controversial. “It is sad to see how our religious scholars have come out deeming science to have nothing to do with moon sighting.”

Read more: One Christmas for Christians: Why different Eid Days for Muslims?

He claimed how Muslims were pioneers in the fields of scientific research adding that “the Islamic faith compels us to seek knowledge and apply it where ever possible”.

“You see the sun and moon are both moving in their own cycles and it is imperative to documents their movements,” he said.

“What about countries where the sun and moon don’t come out for days… should we just say that there’s no Eid or Ramazan in these situations?” Chaudhry added.

Read more: Pakistan and Qatar expected to celebrate Eid on the same day

He concluded his argument that the moon will be visible throughout Tuesday and people living in coastal regions like Karachi and Gwadar, will be able to see it from their naked eyes.