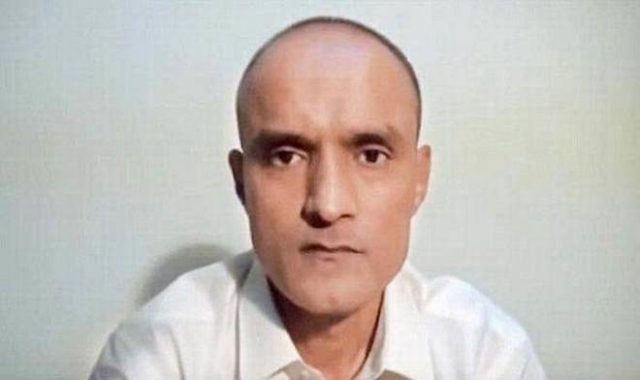 India will submit its reply to the International Court of Justice (ICJ) in the case of convicted Indian spy Kulbushan Jadhav today. The recent event is an addition to the saga of Indian involvement in a proxy war against Pakistan.

The International Court of Justice (ICJ) had earlier set April 17 for India to file a second memorial in the case of convicted Indian spy Kulbhushan Jadhav, while Pakistan will have to submit a counter-memorial by July 17,The ICJ on May 18 last year halted the execution of Jadhav, who was sentenced to death by a military court on April 10 after being convicted on charges of terrorism and espionage.

Jadhav alias Hussain Mubarak Patel was apprehended on March 3, 2016, after he illegally crossed into Pakistan via Iran border.On September 13 last year, India submitted a 22-page memorandum wherein it objected to Jadhav being tried by a military court in Pakistan.

A campaign for a separate Sindhi nation has long been waged by Sindhi immigrants based in India. Most of these separatist undertaking violent actions were based in Afghanistan often under the protection of the pro-Indian government.

While submitting a 1,700-page counter-memorial in the ICJ on December 13 last year, Pakistan rejected the Indian objection of not giving consular access to Jadhav, saying the provision of such access under the Vienna Convention is only for legitimate visitors, and not spies.

Pakistan said that since India did not deny that Jadhav was travelling with an assumed Muslim name, they have no case to plead.Pakistan further said that sending Jadhav for espionage and funding terrorist activities were some of the reasons that disentitle India from invoking the jurisdiction of the ICJ.

Read more: ‘Kulbhushan Jadhav is a RAW spy’, The Quint confirmed then took…

India has long been involved in a terror campaign against Pakistan. On March 3, 2016, a serving Indian officer named Kulbhushan Yadav was arrested by Pakistani authorities inside Pakistani territory. Through him, Pakistan was able to smash a network of separatists who had been working on splitting Baluchistan away through violent and non-violent means.

The blueprint document on which these actions are based is known as the “Kao Plan”, which had two major aspects: to create insurgency in East Pakistan, abet it to separate from Pakistan and second to incite the Baluch to rebel and declare independence. Indira Gandhi who was elected as Prime Minister in 1968, was thrilled with the “Kao Plan” and appointed RN Kao as RAW’s first Director General and gave the go-ahead for phase one. Baluchistan has long figured in Indian designs for Pakistan. Following the failure of India to subdue Pakistan in the 1965 Pak-India War, RN Kao, a Director of the Intelligence Bureau (IB) of India was tasked to create a blueprint for the dismemberment of Pakistan.

India will submit its reply to the International Court of Justice (ICJ) in the case of convicted Indian spy Kulbushan Jadhav today. The recent event is an addition to the saga of Indian involvement in a proxy war against Pakistan.

The Bangladesh operation, began with sowing seeds of dissension, the creation of MuktiBahini and under its cover sneaking into East Pakistan for guerrilla operations to blow up bridges and other installations, damaged the morale of Pakistani troops and paving the way for a separatist victory.

In 1973, RAW was tasked to create unrest in Balochistan, in the execution of Phase two of the Kao Plan. RAW became active and chaos, mayhem, terror attacks and demands for independence were raised by some Baloch leaders. However, the Shah of Iran was against the Baloch insurgency due to its impact on Iranian Balochistan and he sternly warned India to desist from abetting terrorism in Balochistan. This warning was enough to wreck the phase two of the Kao Plan.

Baloch separatists are not the only ethno-nationalist force being exploited by New Delhi. A campaign for a separate Sindhi nation has long been waged by Sindhi immigrants based in India. Most of these separatist undertaking violent actions were based in Afghanistan often under the protection of the pro-Indian government.

On January 14, 2017, an Afghan activist by the name of Daud Khattak launched the ‘Pashtunistan Liberation Army’, an armed group along the lines of the Balochistan Liberation Front and the Sindhudesh Liberation Army. He did so while stationed in New Delhi and requested that global powers, including India, help the liberation of the region.

In the same month, Police in Gilgit Baltistan busted a terror cell sponsored by the Indian intelligence agency, Research and Analysis Wing (RAW), to sabotage projects related to the China-Pakistan Economic Corridor (CPEC) and generate anti-Pakistan feelings in Gilgit-Baltistan. Police arrested 12 workers of the Balawaristan National Front (BNF) from Yasin Valley of Ghizer district and seized a lot of weapons during a raid.

India has long been involved in a terror campaign against Pakistan. On March 3, 2016, a serving Indian officer named Kulbhushan Yadav was arrested by Pakistani authorities inside Pakistani territory.

New Delhi has often used ethnic disruption as a means to prolong its hegemony in South Asia. Aside from the MuktiBahini in Bangladesh, the Tamil separatists in Sri Lanka are another example. Indian aided and funded the infamous Tamil Tigers in the 1980s in an express aim to subdue the independent policies of Sri Lanka. However, this plan backfired when the Tamil Tigers turned against their Indian makers. It later used another separatist movement called the Shanti Bahini in attempts to destabilize Bangladesh.

Despite, New Delhi’s own numerous ethnic uprisings, across its territory, it continues to use terrorism and separatism as a means of power politics to attempt to mold the region in its image. Such attempts have accelerated in recent times owing to two major factors: the rise of the extremist thought Hindutva to power in India and the CPEC project in Pakistan. India fears a stronger, stable and prosperous Pakistan, as this would stand in its way to be the regional hegemonic power in South Asia. To this end it needs to destroy CPEC and any ancillary benefits to the region. To do so it has decided to use both violent and nonviolent measures to destabilize Pakistan.