Lessons learned from Israel’s recent round of violence

According to Dr. Tahir Ashraf, Muslim countries must realize that any form of appeasement to Israel in terms of economic and investment deals would diminish the chances for a fair solution to the Palestine-Israel conflict. 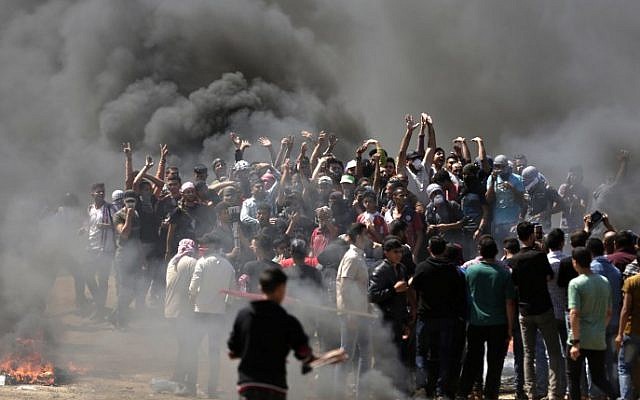 The ceasefire between Israel and Hamas, welcomed internationally, has been brokered by Egypt in the early hours of Friday after 11 days of relentless bombing of the besieged enclave and thousands of rockets launched into Israel by Hamas, the group ruling the Gaza Strip.

Israeli Prime Minister Benjamin Netanyahu’s office on Thursday announced a ceasefire to halt 11-days of fighting with Hamas in the Gaza Strip. A statement said his Security Cabinet unilaterally approved the Egyptian-mediated proposal. According to the media reports, the two sides have agreed, and that the truce has gone into effect since 2 am on Friday, just over three hours after the cabinet’s decision.

Since 2008, Israel has waged four wars on the Palestinian territory, killing thousands of people, mostly civilians. Israel’s bombardment of Gaza killed 232 Palestinians, including 65 children, and brought widespread devastation to the already impoverished territory.

On the Israeli side, 12 people, including two children, were killed. More than 90,000 people in Gaza have been displaced over the past 11 days due to the Israeli bombardment, the UN Office for the Coordination of Humanitarian Affairs in the Occupied Palestinian territory has said in a report.

Read more: Here’s how to end Israel’s aggression in Gaza

The current hostilities have also resulted in the additional displacement of Palestinians, bringing the cumulative number of internally displaced persons (IDPs) to about 91,000, including 66,000 seeking protection in 58 UNRWA schools across Gaza and over 25,000 staying with host families, the report of the organization states.

During Israel’s latest offensive on Gaza, Israeli attacks damaged at least 51 education facilities, including 46 schools, two kindergartens, an UNRWA (The United Nations Relief and Works Agency for Palestine Refugees in the Near East) training center, and parts of the Islamic University of Gaza, according to the United Nations’ latest humanitarian report.

The Palestinian-Israeli conflict had resurfaced during the last days of Ramadan in the old city of Sheikh Jarrah, in the vicinity of East Jerusalem, where Jewish settlers’ organizations had announced the legal eviction of long-time Palestinians from their homes. This led to renewed violence in Jerusalem and the tide turned into continuous violence.

The incident is reminiscent of the 1948 Nakba incident, which forced millions of Palestinian Muslims to flee their homes in Palestine and take refuge in neighboring Arab countries, and a Jewish state named Israel was established in those territories.

After the ceasefire, the question is what objectives Netanyahu wanted to achieve from the current wave of violence by Israel, and secondly, what lessons can be learned from these 11-days of fighting?

Attempts are being made to forcibly evict Palestinian families from the Sheikh Jarrah area on the outskirts of occupied East Jerusalem, who have been facing numerous court cases since 1972 by settlement organizations.

These organizations claim that the homes were originally Jewish, but Palestinians see this as an extension of the government’s Israeli policy of displacing as many Palestinians as possible in the city of Jerusalem to maintain a Jewish identity.

Despite the United Nations’ multiple warnings that such forced evictions could amount to war crimes, Israel is continuously expanding its territories and occupying the Palestinians’ land after every fight like the current one.

Israel, whose very existence is illegally enforced, has been forcibly expanding its borders from the beginning until now, even during the wars of 1967 and 1973, when it snatched territory from the Arabs and annexed it but long-lived Palestinians were evicted.

It is significant to mention that Israel’s annual celebration of the 1967 occupation of East Jerusalem in the Middle East war, known as Jerusalem Day, further fuelled recent tensions, with Saturday, May 15 being Nakba Day.

The Palestinians observe 15th May in the memory of the displacement of millions of Palestinians who were forcibly evicted from their homes during the Arab-Israeli war that began in 1948, the day after Israel declared independence.

The past shows that after each war, Israel has become stronger, while Arab Muslims in general and Palestinian Muslims, in particular, have become weaker. Since the 1994 agreements, Israel has not implemented the solution as a free and independent Palestinian state with the backing of the United States. Over time, Palestinian Muslims have become increasingly isolated, while Arab countries have gradually recognized Israel and established diplomatic relations.

Following lessons can be learned from Israel’s violence and the response of the international community including the Muslim world.

Firstly, Israel has achieved its objective of degrading Hamas’s capabilities, and Hamas understands the message that its rocket barrages towards Israel cannot persist. Moreover, Netanyahu has managed to gain popular support.

Netanyahu has portrayed himself as standing firm to protect the interests of the Israeli masses and sustained pressure by the international community what Israel says in teaching the lessons to Hamas through violence. Gaining this popular support during the current fight against Hamas might translate into bagging more votes by Netanyahu in case of fresh elections held in Israel.

Secondly, America, under President Biden is not going to adopt any significant shift in its approach towards the Palestine-Israel conflict. Though the US President Joe Biden, in his telephonic call to the Israeli Prime minister Benjamin Netanyahu, expected “a significant de-escalation on the path to a ceasefire” but Netanyahu, shortly after Biden’s phone call, said he was “determined” to continue bombarding Gaza until Israel’s “aim is met”.

Meanwhile, the UN Security Council’s efforts for a truce between Israel and Gaza’s Hamas remain stalled when the US continued to veto action on the issue.

Read more: Erdogan for punishment & sanctions on Israel as he accuses Biden has ‘bloody hands

Thirdly, support for Israel remains strong among US legislators, although a group of progressives has increasingly called for a more critical approach to the ally, to which the US provides about $3.8bn in virtually unconditional aid every year. Once considered sacrosanct, US arms sales and military support to Israel have increasingly been publicly questioned by some legislators.

After introducing legislation to stop the most recent arms sale in the House, progressive representative Alexandria Ocasio-Cortez tweeted, “The US should not be rubber-stamping weapons sales to the Israeli government as they deploy our resources to target international media outlets, schools, hospitals, humanitarian missions and civilian sites for the bombing.”

The United States should not be rubber-stamping weapons sales to the Israeli government as they deploy our resources to target international media outlets, schools, hospitals, humanitarian missions and civilian sites for bombing.

We have a responsibility to protect human rights. https://t.co/OctBNYFpwp

Moreover, a growing number of Democrats are also demanding political rights for Palestinians. The University of Michigan Professor Juan Cole who is the founder of Informed Comment, a blog on US foreign policy in the Middle East, is of the view that people are making the connection between Black Lives Matter and Palestine. And while the “Arab street” has become divided and muted by Arab dictatorships, solidarity with Palestinians has shifted online globally.

Read more: Signs of hope for Palestinians as global support pours in

Fourthly, the Muslim countries, especially signatories of Trump-sponsored ‘Abraham accords’, must realize that any kind of appeasement to Israel in terms of making an investment in the energy and oil sector, establishing trade and economic links would diminish the chances for a fair solution to the Palestine-Israel conflict while closing permanently the door for the two-state solution of the Palestine-Israel conflict.

However, Pakistan’s role to support the Palestinian brethren during the current wave of violence, like always, has been proactive and commendable. Pakistan’s outreach to the Muslim and Arab world has also borne fruits.

By joining hands with Palestinian, Sudanese, and Turkish cabinet members, Foreign Minister Shah Mahmood Qureshi participated in an emergency UNGA session and demanded that “If the Security Council cannot agree to send the protection force, a coalition of the willing can be formed to provide at least civilian observers to monitor a cessation of hostilities and supervise the provision of humanitarian help to the Palestinians.”

Dr. Tahir Ashraf has a Ph.D. in International Relations from the University of Malaya, Kuala Lumpur, and teaches at the Department of International Relations, Bahauddin Zakariya University, Multan. He can be contacted at tahirmian1@bzu.edu.pk.The views expressed in the article are the author’s own and do not necessarily reflect the editorial policy of Global Village Space.

Previous articlePakistan: The land ruled by ‘Toadies’
Next articleWhy Modi has decided to launch “Doordarshan International”?

Afghanistan conundrum: What lessons can be learned?