Let’s root out all enemies from my beloved country Pakistan 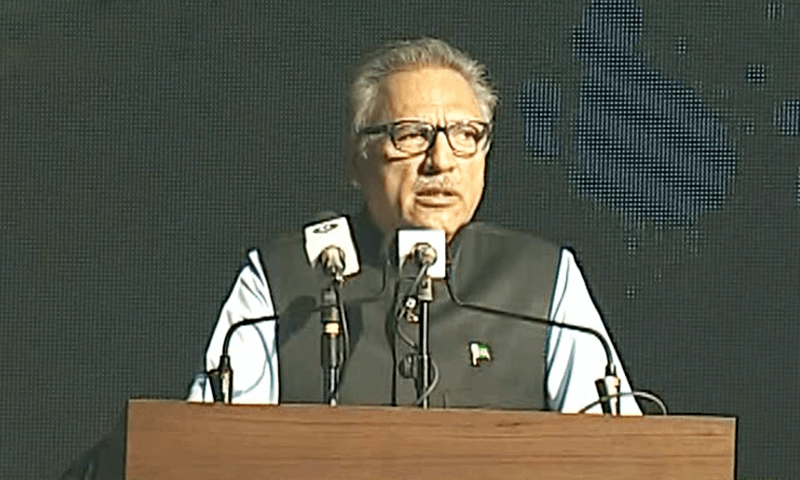 Heartwarming and wonderful words spoken extempore, and clearly from the heart by Gen. Qamar Javed Bajwa at Lt. Arsalan’s Shaheed home. I think, and hope and pray he means business.  Especially alluding to those sitting in far-off lands, specifically traitors like Altaf Hussain and Hussain Haqqani and others like them.

And the result? We will get deeper and deeper into total and complete, economic, political, governance and social meltdown with all their obvious and horrific consequences and results. It is for the Nation to decide!

I hope when he referred to internal conspiracies he means those being hatched by Nawaz Sharif and company under the garb of “democracy and political process” to again create space for this crook and plunderer, Nawaz to somehow worm his way back into power. I hope he is cognizant of the efforts to make Kulsoom Nawaz the Prime minister.

I hope he means that he will support efforts to also take to task those who money laundered through Hudaibiya like Shahbaz and Hamza and convict them.

I hope he also means that justice will be done and served against those who ordered the killing of hapless women and civilians in Model Town. And the two masterminds of the massacre, Shahbaz Sharif and Rana Sanaullah swing from the gallows.

I hope he also means that those bureaucrats like the SECP Chairman Zafar Hijazi, the National Bank President, Saeed Ahmed and many others including the current NAB chairman, Qamar Zaman will also be foiled. And these wretched souls are given such exemplary punishments and so disgraced that they and their families are unable to show their faces in public and tomorrow no other bureaucrat dare provide cover to the loot and plunder of their political masters.

60k from 340K means Kulsoom got 17.5% of the registered vote. But this is our system and we cannot expect it deliver differently until it is fundamentally changed. Otherwise, expect Nawaz to be back on power and Zardari on Sind

I hope he also means that the Sharif family including Maryam Safdar, Hussain and Hassan Nawaz, along with their father will face due process of law under NAB, convicted, sentenced to a long term in jail and all their assets in and out of Pakistan seized and handed over to the State for the betterment of the poor and the underprivileged.

I know that Gen. Bajwa is apolitical and doesn’t believe in military interference in political and government processes. This is a very good position and a laudable virtue. But one must also remember that any virtue carried to its extreme becomes a vice. Unfortunately, the only two institutions today who are relatively independent and powerful and have the larger interest of the country as their core value are the Supreme Court and the Army. Hence it is to these that we, the spineless, look  towards for redressal.

And whether people like it or not the only political leader fighting the entire entrenched corrupt political mafia is Imran Khan. Love him or hate him, but he’s the one battling against this culture of corruption. I don’t have an answer. I don’t know if the NAB judge hearing Nawaz’s case and the Prosecutor have Spines like the Supreme Court Justices or the JIT members.

Imran they will take care through their control of their political handmaidens. The Election Commission is one. So for our sake and the future of our children and our beloved

I don’t know if the Lahore High Court bench hearing the Model Town petition also has a Spine. But I do know who have spines. Imran Khan, the Supreme Court and The Pakistan Army and the many unsung unknown men and women of Pakistan who toil day and night not succumbing to the lure of corruption to make Pakistan a better place.

Pakistan is again at a crossroads. If we are unable to root out this mafia from political power, I see a terrible dark future in which they will destroy the independence and competence of the Supreme Court and the Army and convert them into something like the Punjab Police.

And Imran?  Imran they will take care through their control of their political handmaidens. The Election Commission being one.The rest of us. Who cares?So for our sake and the future of our children and our beloved Pakistan, the answer and option really are simple. They must be rooted out! But how?

Unfortunately, we’re in really deep trouble. Economically, politically,governance-wise and socially. We are surrounded by external threats. USA, India, Afghanistan. And of course terrorism. The fabric of our society is being torn asunder by decades of misrule and misgovernance and corruption and loot and plunder.But our biggest and most serious issue is the decay and in many cases the complete breakdown of all public institutions.

Just look at how the NAB, SECP, State Bank, FBR, Anti-Corruption, the Election Commission, the Police services and nearly every other Federal and Provincial public office and State-owned enterprise has performed and delivered, personal handmaidens to the Sharifs and the Zardaris. Look how a Federal Minister sits at the feet of Maryam Safdar.  Look at how the nation’s wealth is being splurged on security and protocol on a criminal, money launderer, forgerer, liar and cheat, convicted and debarred to hold public office!

Pakistan Unfortunately, the only two institutions today who are relatively independent and powerful and have the larger interest of the country as their core value are the Supreme Court and the Army

But all is not bleak.Of course, there’s a way out and within the system. Most people understand that “form follows function”.

This simply means to create the right structures and the right processes to achieve the results and objectives, we want.

There is an answer of course. Change the electoral process to get better people into politics and positions of power and authority. For starters, an independent, competent, credible and powerful election commission is extremely critical.

One would have hoped that the electoral reforms would have resulted in at least four major changes.

These four above would dramatically change the quality of people entering politics and occupying positions of power and authority. And also stopping people from ruling forever. Political Parties would be less liable to be held hostage by baradari based politicians. More technocrats would be appointed to cabinet posts. But why would an assembly comprising people who would lose their power vote for such amendments?.

I hope he also means that justice will be done and served against those who ordered the killing of hapless women and civilians in Model Town. And the two masterminds Shahbaz Sharif and Rana Sanaullah swing from the gallows

We’re in a cul de sac or a dead end. So either we keep sliding down this slippery slope or we do something. NA-120 illustrated in mind-blowing colors how the electoral process continues to elect garbage. 60k from 340K means Kulsoom got 17.5% of the registered vote.

Unfortunately such is our system which will continue to recycle the same old garbage, election after election.  And it will not deliver differently until it is fundamentally changed. Otherwise, expect Nawaz to be back in power and Zardari in Sind.

*Insanity is to expect different results from the same behaviors.* Alcoholics Anonymous.

We would be and are insane if we expect the current electoral process to elect angels from a gutter full of devils. So somebody has to change this system of recycling crap in and crap out!

The current lot of politicians won’t because it’ll kill them. Martial Law can but it’ll eventually fail.

Otherwise, as I’ve repeatedly said, it’s back to the terrible stench and putrid vomit of Nawaz and Zardari and the system they represent.And the result?Pakistan will slide deeper and deeper into total and complete, economic, political, governance and social meltdown and eventual collapse.  The consequences too horrific to spell out.It is for us the Nation to decide!