Liberals Supporting Maulana: How About Taliban Styled Government in Pakistan?

Known for his untemper criticism on his opponents, Minister Fawad Chaudhry stirred an interesting debate on social media between liberals and conservatives on JUI-F’s Azaadi March. 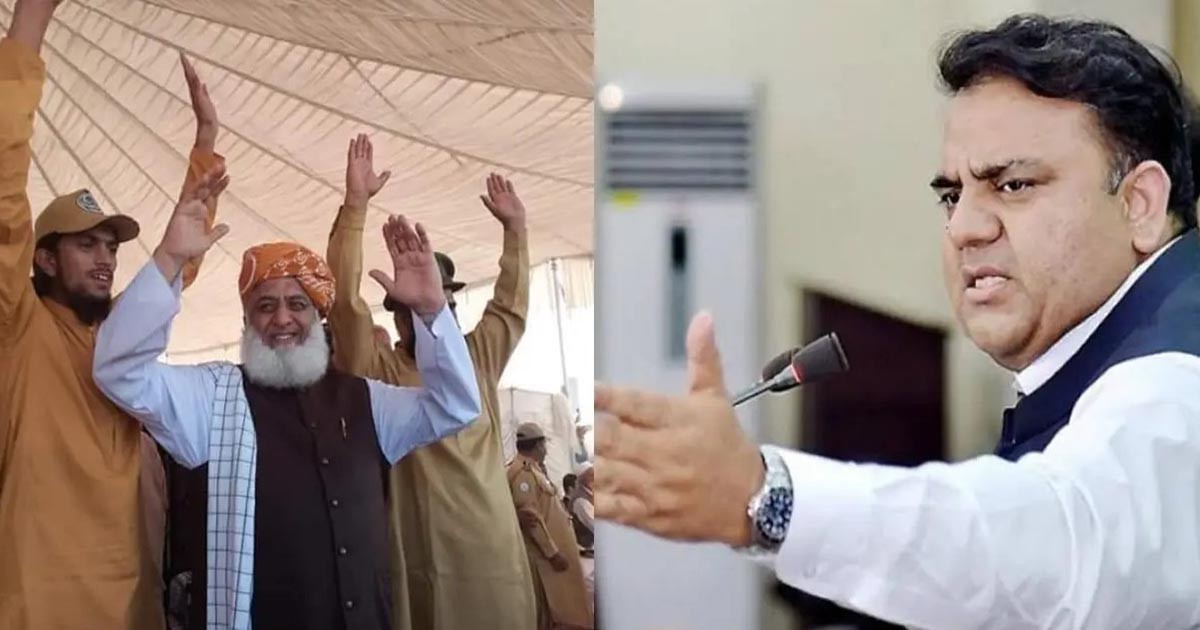 The forthright PTI leader Fawad Chaudhry, Minister of Science and Technology, in his tweet warned the people about the prospects of supporting the ‘Azadi March‘ by religious political party JUI-F. Chaudhry alerted that massive support of liberals for religious groups will pave the way for their consolidation of power and Pakistan might fall prey to Taliban-style government.

A group of otherwise liberals is blinded by Imran Khan hate and supporting extremists march on Islamabad, any success to such marchers ll mean end of Pak as democratic regime and a formation of Taliban style Govt ! Beware https://t.co/z4BUTfVUJH

He posted a tweet in the backdrop of overwhelming support demonstrated for the ‘Azadi March’, led by opposition leader Maulana Fazlur Rehman, on social media. While the Azadi March intends to stage protest against the PTI government, the proponents advocated the rally calling it a legal right of Maulana Fazal ur Rehman. The liberals who otherwise stand polar opposite to religious parties are seen, covertly or overtly, cheering Maulana Fazal ur Rehman on social media.

Fawad Chaudhry took a slight dig at the liberals for supporting JUI-F in their hate for Pakistan’s premier Imran Khan. He feels that the success of such marches by religious parties, and their success, will endanger the democratic process of Pakistan.

Read more: Azadi March shall be carried out at any cost, says Maulana

The federal minister based his assertions on an article published in Independent Urdu, which claimed that the marchers admonished a female journalist who was part of the rally for the media coverage. The journalist, herself, penned down her experience of being barred multiple times from media coverage of the rally in Karachi-the starting destination of the Azaadi march.

She asserted that while no women protestors were part of the rally, the male marchers censured her for coming out of her car, standing amid men to cover the rally. She reported that she even heard crass sexist remarks from males from a man in a Khaki uniform-indicating that men from JUI-F’s banned militia ‘Ansar-ul-Islam’ were also accompanying the rally.

She added that it was not her inappropriate dressing which prompted such reaction but a staunch alignment of marchers to the hardcore religious mindset that despises the idea of women emancipation and considers politics an ‘all-men affair‘. In her article, the journalist questions the authenticity of the Azadi (Freedom) March, which does not allow women to freely perform their professional duties.

Hence, Fawad Chaudhry carries forward a similar outlook and bashed the liberals supporting the Azaadi March. He pointed out that the liberal advocates have blinded themselves to the conduct and beliefs of the organisers of Azaadi March. Chaudhry fears that the success of Azaadi March and unabated support will unleash the hardcore religious elements and extremists in the society, which may soon help them overpower the secular values in Pakistan.

Previous articlePEMRA’s Dictatorial Order: PTI Leaders Regard it As Illogical & Unnecessary
Next articleClimate Change: A Serious Threat To World And Pakistan

19 June 2021
Previous articlePEMRA’s Dictatorial Order: PTI Leaders Regard it As Illogical & Unnecessary
Next articleClimate Change: A Serious Threat To World And Pakistan

Is Establishment finally ready to hold talks with PDM?

Mahathir resigns in a gloomy turn of events: PM Khan losses an ally