Lipstick and red wig: Saqlain Mushtaq gets makeover from daughter

Just like other celebrities, Saqlain is also having a quality time with his family in quarantine. He recently posted a video with his daughter that his fans and followers wholeheartedly enjoyed the video. Former cricketer Shoaib Akhtar and Ahmad Shehzad also commented on his video. 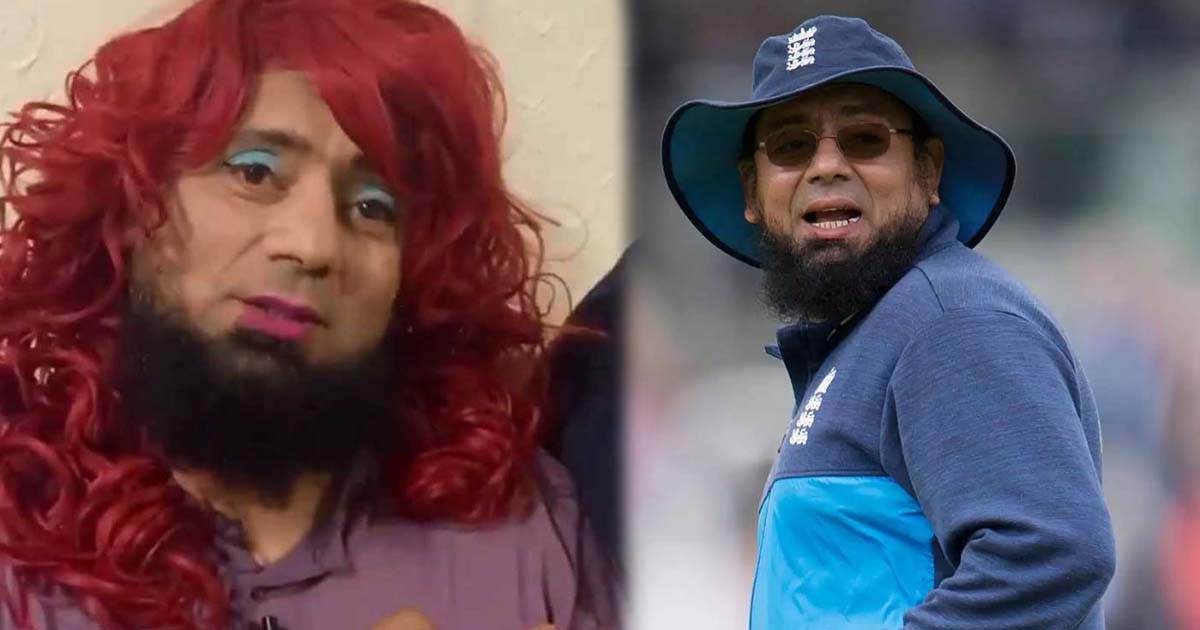 Former cricketer, Saqlain Mushtaq, gets a funky makeover from his daughter who he claims is a ‘make-up artist’.

In a heartwarming video posted on his Twitter account, Mushtaq is seen wearing a red wig with eye makeup and pink lipstick. While talking to his followers in the video, he reveals that his daughter has given him this look.

“Couple of years back, she did my makeup and I put a video up on Twitter which you guys liked. Today she forcefully told me she wants to play with me and brought a new get up, my be wig as you can see,” Saqlain jokes in the video after he asks his daughter if she’s happy.

Quarantine can do this to a lot of people. Here's the creator of 'Doosra'.

He concluded the video with an important message on coronavirus. “We all are in quarantine. Stay at home, stay safe, look beautiful and enjoy with your loved ones,” said Saqlain Mushtaq.

His fans and followers wholeheartedly enjoyed the video and expressed love for the father-daughter duo.

“Quarantine can do this to a lot of people. Here’s the creator of ‘Doosra’, wrote Shoaib Akhtar.

Ignore the hatred, you’re doing an awesome job as a father,” a user tweeted.

This is, however, not the first time Saqlain Mushtaq has tweeted about the make-up skills of his daughter. Back in 2015, he shared the pictures of his daughter applying make-up on his face.

Meanwhile, homebound and stuck in homes as part of the coronavirus lockdown in various countries, celebrities are increasingly connecting with their fans on social media to share their quarantine activities with kids their families.

Why was JUP’s Maulana Owais Noorani not allowed to address PDM rally in Multan?