List of ‘most entertaining’ ways Pakistani politicians embarrassed themselves in 2019

Besides politics, the politicians from ruling and opposition parties were in the spotlight for their bizarre and odd gaffes. Including PM IK, politicians, government representatives have entertained people immensely throughout the year on their strange statements on serious issues; which instead of solving the issue made it a subject of public mockery. 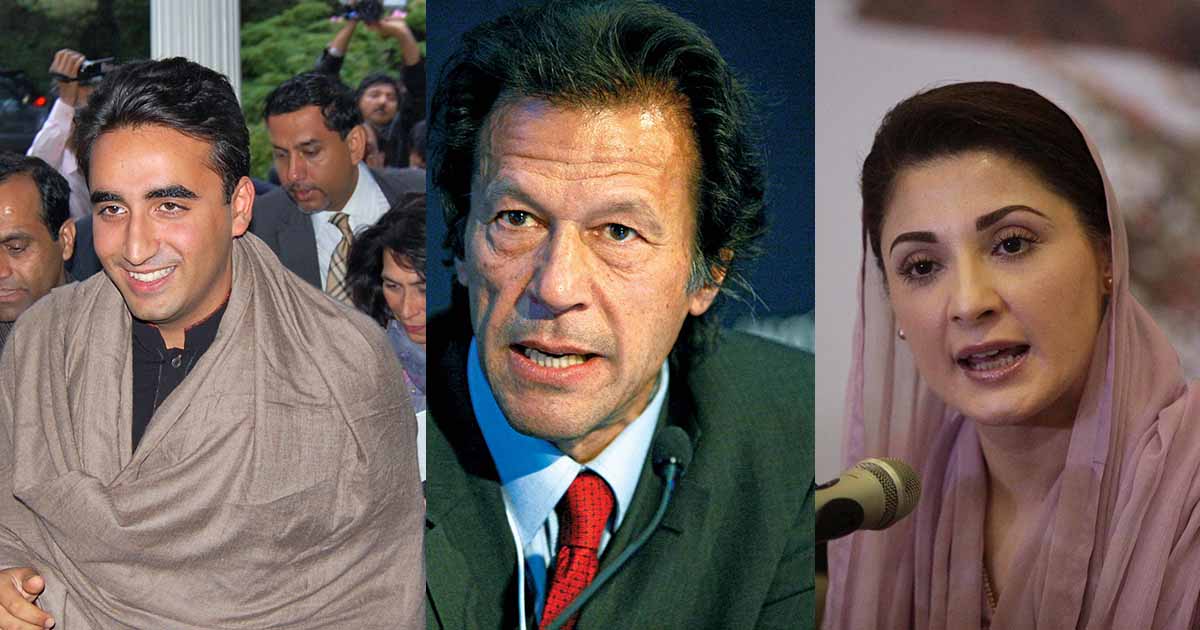 Pakistan politicians have thoroughly entertained the people with their goof-ups on several occasions. Be it senior leaders or party heads, 2019 has seen some hilarious faux passes from the politicians that cracked up people but also baffled them regarding the sanity of their leaders.

Most of these memorable incidents happened in the spur of the moment but they would have left the politicians embarrassed later on. Below are some of the famous incidents of goof ups from Pakistani politicians.

Mufti Kifayatullah garnered mockery on social media for his assertion of declaring Jemima’s cousins ‘Wiki’ the founder of ‘Wiki Leaks’- a non-profit organization that publishes news leaks from anonymous sources.

Mufti Kifayatullah made groundless assertions merely on his presumptions on a TV talk show with anchorperson Jameel Farooqui. The cleric came up with a startling conspiracy theory on the supposed hidden alliance between Jemima, the Goldsmith family, Henry Kissinger, Imran, and Wiki of ‘Wiki Leaks’. The JUI-F cleric described ‘Wiki Leak’, a Zionist tool, which is masterminded by Jemima’s cousin ‘Wiki’. Maulana believes ‘Wiki Leaks ‘is pursuing Imran Khan’s Zionists agenda hence, Jemima Goldsmith is also a pawn of a Jewish lobby.

Advisor to Prime Minister on Finance, Abdul Hafeez Sheikh infuriated social media users when he misquoted the tomato price as Rs17/kilo, which reflects his unfamiliarity from the ongoing price hike on tomatoes and other vegetables in the market.

Following his botched sense of geography on the borders between Germany and Japan, PM IK was once again caught in another slip-up after he mixed up the photosynthesis program. According to science, plants release oxygen during the day and releases carbon dioxide as part of photosynthesis.

In a 15-second video circulating on social media, Imran Khan reversed the scientific process and asserted that plants release oxygen in the night.

PPP leader, Bilawal Bhutto became a laughing stock on social media for his bizarre explanation on the urban flooding in Karachi, to address the criticism on the provincial government on the ravages in the city.

His statements left his fellow politicians, followers and opponents in laughter.

Maryam Nawaz, the chairperson of Muslim League-Nawaz is caught with her latest Twitter faux pass within a few days of inadvertently calling her party ‘ineligible’ and ‘incompetent’ in a tweet. In her rashness to undermine the government of PM Khan, Maryam Nawaz shared a video of Hajj pilgrims admonishing the government for the inconvenience in Hajj operations.

Assuming the video is of current Pakistani pilgrims, she censured PM Khan for Hajj pilgrims with the insufficient arrangement of facilities. Maryam Nawaz shared the video with a comment of ‘OH MY GOD!’, an emoji expressing her repentance for tormenting the pilgrims on a sacred journey.

‘Hunarmand Jawan Programme’: Right Step, but will it be sufficient?

Is criminalizing relentless propaganda against armed forces such a bad idea?