Locking down the Essentials: Whilst Hoping to Survive

Economic analyst and businessman, argues Pakistan cannot survive a long lockdown, and the government needs to lift it immediately, while there is still some life in the economy. Pakistan does not have the resources, unlike western countries, that will be needed to kick start the economy if left closed, and the consequences will end up killing more people from hunger and malnutrition

As Pakistan enters its seventh day of industrial lockdown on Friday 27th (including three days of Pakistan resolution long weekend), the question being asked by all stakeholders is; does the government have an industrial plan amidst the duration of the COVID-19 pandemic? Industrial lockdowns are always very tricky to handle, and if called incorrectly can invariably lead to permanent industrial closures or can result in far greater damages.

Furthermore, in some cases, it may become impossible to regroup the scattered human resource. And last but not the least, it may kill the very will of an entrepreneur to once again take a business risk, amidst a generally unfriendly business environment.

And it is in this very context that one is a bit confused that, good intentions aside, what exactly prompted the government to take such an irrational decision of shutting down the wheels of industry and manufacturing in Pakistan for more than two weeks? Pakistan has its own peculiar set of problems and simply aping the West in any type of policymaking or carving a copy-paste emergency response mechanism is foolhardy. 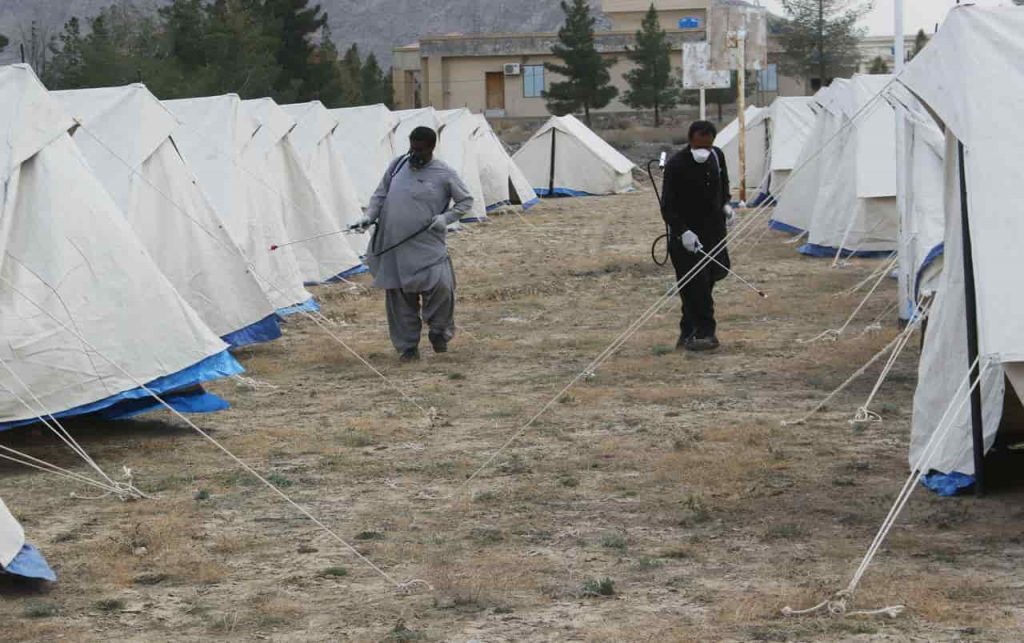 We have neither the deep pockets of the developed western economies nor their demography. Their affluence across a narrow and organized population base makes it relatively easy for them to manage their small populations.

In Pakistan, the challenge is: to feed a country with more than 220 million people; where almost 30 percent live below the poverty line; more than 65% are very young at 35 years or under; nearly 3 million enter the job market annually, and public social safety nets are grossly inadequate – to put it mildly. An Industrial closure that accounts for approximately 42% of GDP and 75% of employment is just not an option!

However, a rather more disturbing aspect of the current industrial closure in Pakistan is that such an extreme step or option has thus far been avoided even by the so-called most developed nations of the world, despite their financial muscle and organizational strength.

The respective governments of the developed countries are going out of their way to facilitate businesses to stay operational; while of course undertaking measures at the same time to keep them safe.

For example, in most of the European Union, industrial production continues to take place, albeit with renewed safety protocols, which by now are in any case common knowledge and (like the other IFC principles of Corporate Governance) are there for everyone to follow.

If the industries are producing in Europe, the governments are helping them manage all the following operating requirements: transport, hygiene, medical care and any professional healthcare-related expertise.

a) Only factory workers to be permitted in the vicinity and visitors of any sort are to be strictly forbidden entry.

b) Strict temperature and hygiene compliances at the points of entry & exit.

d) Working from home for management staff, wherever possible.

g) Coordination with the nearby hospital(s) for any emergencies.

Similarly, in other industrial nations – that are serious about economic sustainability, employment, cash flows, supply chain, poverty & food security – the policies come across as being no different. For example, Indonesia (264m population), Thailand, Malaysia, South Korea, Vietnam, and Myanmar have all adopted a similar industrial approach during the COVID-19 period.

India, our neighbor, that started with a 21 days closure (announced about 4 days after our industrial lockdown), was soon to realize that things will begin to tumble economically unless the wheels of the industry are kept running (a 21 days closure cost to India is estimated at nearly $120 billion).

Naturally, it has now quickly changed its stance to allow key manufacturing, with oversight, and by organizing industrial goods’ movement during the night time only (8 PM onwards to 5 AM).

Prompted by Indian steelmakers, the government under a special law has now also devised a list of “Essential Industries” that will be allowed to maintain operations during the country’s 21-day lockdown. Remember, that the output and work hours for some industries are going to be curtailed in any case; as both domestic and global consumption (in-turn demand) take a nosedive.

By allowing production under compliance guidelines, not only is the government ensuring the wellbeing of the workers & the working environment’s maintenance; but it is also effectively transferring responsibility to far more capable and efficient hands. In the process, it also saves the government a lot of expense.

However, for such an arrangement to succeed, the key is always going to be to keep a balanced and honest perspective on the optimal outcome. In essence, like all other sensible governments around the globe, the Pakistani government will also need to treat this arrangement in the true spirit of a private-public partnership.

Meaning thereby that the government will have to keep on facilitating where it is required; and will understand that fatalities are bound to happen and need to be taken in that stride (just as cases happening in homes or hospitals), to avoid any type of witch-hunting or blame game or extortion – unfortunately Pakistan’s industrial oversight bureaucracy, as we know, is famous for such exploitation and corruption!

Closure is an easy part

Another argument that also ultimately leads to the same outcome – albeit after enduring much more pain – is embedded in a rhetorical question: Whereas closure is always the easy part, what exactly constitutes the government’s plan for re-opening these industrial premises after the lapse of several weeks?

For this reason alone, unless the government can quickly share its intentions with stakeholders on promptly re-opening all stalled operations, the panic and uncertainty in the markets and people will continue to mount.

Already we are seeing this phenomenon manifesting itself in the shape of crumbling values of stocks, currency and real estate – Meaning thereby for all practical purposes: people’s capital, lifelong savings, and net worth stand considerably eroded.

I am not a medical expert; I argue as a normal citizen, who is as much as anyone else, afraid for his loved ones, for his neighbors and people everywhere

This is further denting future perceptions; something which at least in the short-term will continue to negatively impact investment, employment generation and the Pak economy per see. A 15 days closure roughly translates into a $20 billion erosion of economic activity and a $1 billion hit on exports – something that Pakistan can ill afford.

The fallouts do not merely end at this. Since, any unnecessary closures also run the risk of creating artificial shortages; which God forbid if they happen, can invariably lead to civil unrest and chaos. Again it is something that could be disastrous for a country like Pakistan; where law & order and security have always been our visible challenges.

I am not a medical expert; I argue as a normal citizen, who is as much as anyone else, afraid for his loved ones, for his neighbors and people everywhere. I don’t claim to have every variable of the current pandemic covered or thought through; but I am very certain that we need to broaden the debate.

As we struggle to come to terms with our hellish choices, the reality is that we either take a calculated risk with the people’s exposure to the coronavirus – while doing our utmost to protect those who are most vulnerable – or we shut down our industries for months without being sure what these closures are going to achieve for us.

While ironically, knowing for sure that these will in the process kill many of our people through hunger, abject poverty, depression, unemployment; will kill our economy and maybe also kill our future – It’s about time that Pakistan is put back to work!

Dr. Kamal Monnoo is a political analyst. He is an honorary consul general of the Czech Republic in Punjab and a member Board of Governors of Islamabad Policy Research Institute. (IPRI) He is an author of two books ‘A Study of WTO’, and ‘Economic Management in Pakistan.’ He can be reached at: kamal. monnoo@gmail.com.