Pakistan has been performing well in the field of economic stabilization yet calling it a win would be a premature celebration. Pakistan needs to take care of several things before we call it a success and claim to be on par with our regional and international competitors.

The economic team finally has a few straws to clutch on to and they are making the most of it: rising exports (albeit insignificantly); stabilizing Pak Rupee (largely on contraction of imports); a visibly shrunk current account deficit (CAD); a reinvigorated stock exchange; strengthening reserves (even if being on count of higher debt and some influx of parachute money); and last but not least an improved credit rating by Moody’s (never mind if it does not really apply to raise tangible finances from global money markets). 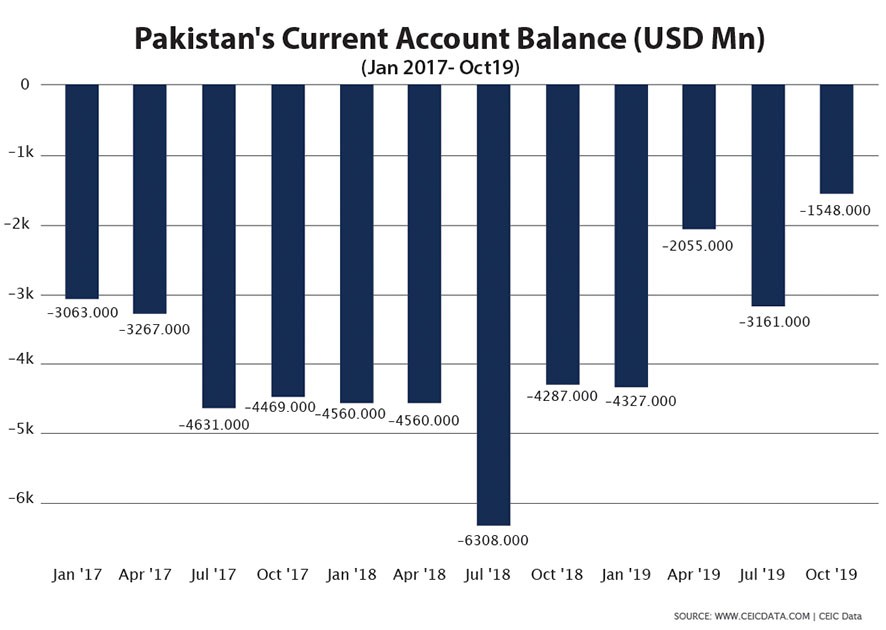 All very good, however, it will be advisable that the government now uses this breathing space to actually go and indulge in some prudent economic policymaking aimed not only at the long-term sustainability of the Pak economy per se but also at alleviating the pain of the general public. Food inflation is touching 15% and the Consumer Price Index (CPI) was clocked at 12.7 % Year-on-Year in Nov 2019, compared with a rate of 11.0 % in the previous month. The core inflation though hovers around the 7% mark, however, given its basket’s product mix, it remains largely irrelevant to the common man’s daily concerns.

As the Pak economy continues to slow down, the next question that arises is: How deep is the slowdown? Growth slowed down to below 3% in the first quarter of 2019-20, the weakest since 2012

So what does it tell us? Basically, as this writer has been saying all along that in Pakistan the drivers of inflation are quite peculiar, do not bear many similarities with the developed western economies, and largely the State Bank of Pakistan’s high discount rate does not have a strong correlation with the prevailing inflation rate. On the contrary, what it is doing is to retard growth and in the process abet unemployment and poverty – even by conservative estimates in these last twelve months nearly 0.80 to 1.0 million Pakistanis have lost their jobs and nearly 4 to 5 million Pakistanis have dropped below the poverty line.

Meaning, the unnaturally high discount rate set by the SBP @ 13.25% is not helping. Rather it is in-effect not only punishing people at large but perhaps also pushing the country into a deeper debt trap. With core inflation at 7% and real GDP growth rate of anywhere between 2.50-2.90%, if one works it backward, one does not see a rational of interest of anything more than 8 or 9% to strike that crucial balance between fiscal deficit, growth, and inflation control.

Because, given the government’s borrowing structure, thereafter, the more it will raise the discount rate the more it will compound the fiscal deficit and push the economy further into a debt trap. And this is precisely what is happening. 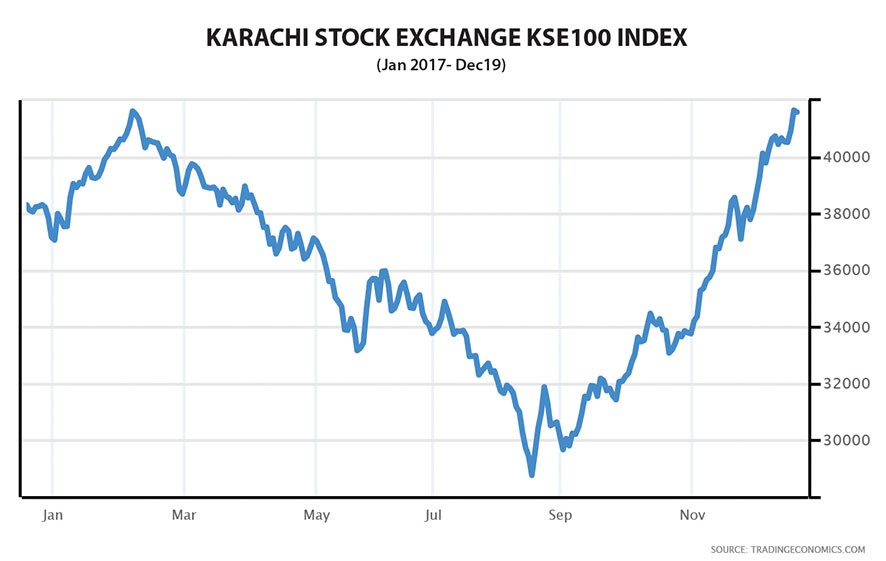 As the Pak economy continues to slow down, the next question that arises is: How deep is the slowdown? Growth slowed down to below 3% in the first quarter of 2019-20, the weakest since 2012. In fact, economists have been downgrading their growth forecasts for the current fiscal year, with the median estimate in a Bloomberg survey being as low as 2.50%.

Just to keep things in perspective, Pakistan has one of the youngest population in the world today with nearly 2 to 2.50 million entrants into the job market every year and if the endeavor is for every employable youth to have a job, then the economy needs to grow at a rate of roughly 7 to 7.50%.

Only last week the big 5 had their ratings upgraded on account of practicing safe sovereign lending! In the process, Pakistan’s SMEs, start-ups, agriculture, and entrepreneurial ventures have suffered

Clearly this is not happening. To make matters worse the contraction has been at the expense of the private sector, which ironically, to begin with, was never the element responsible for our mounting CAD! And it is this very mindset of distrust on its private sector displayed by successive Pakistani governments in the past as well that keeps on pushing more and more capital in the public sector domain – No real secret by now, that public sectors around the globe tend to be inefficient users of capital, the more you expand the state’s role in business the more you lose – A cursory look at the performance of Pakistan’s SOEs over the last two decades and the lesson is quite lucid. 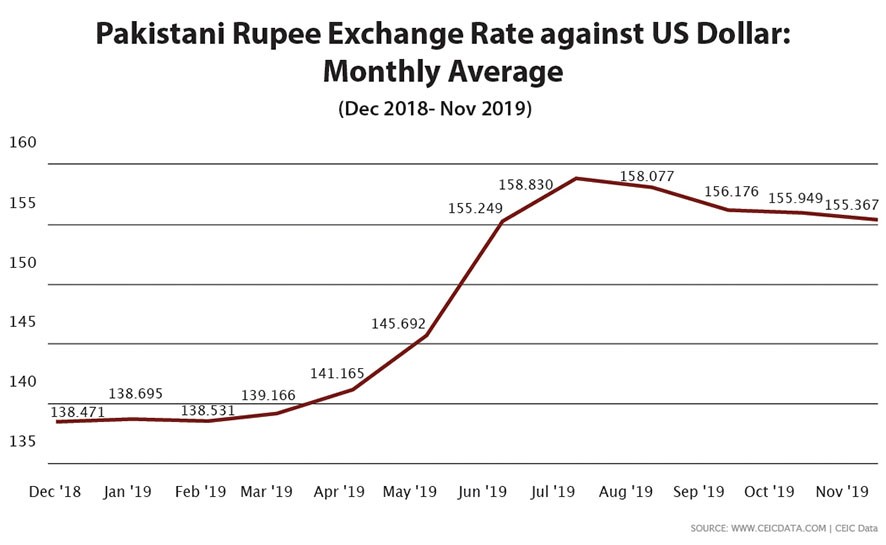 Sadly, this PTI government seems to be falling in the same trap or temptation of expanding the governmental pot while curtailing the share of the private sector and that too doing so through some rather questionable human resource choices to head such initiatives.

It may be fair to ask here:

b) What do Pakistani banks have to do with this slowdown?

Each a pertinent question in its own right.

Here an un-pragmatic revenue drive has been the main culprit. Adopting coercive and scare tactics to cow down businesses and individuals without first resorting to any long pending FBR reforms has led to capital suddenly going into its shell thereby dampening the economic activity in the markets.

To make matters worse, as tariffs and taxes went up and capital became dear (effective borrowing rate touching almost 20%) squeezing people’s disposable income, the unnecessary showmanship of the government and its revenue managers simply destroyed the market sentiment to spend. 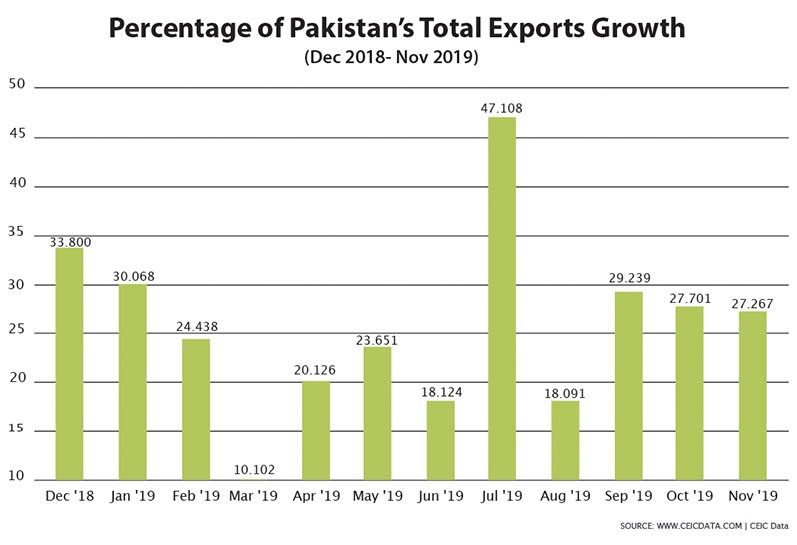 Second, as for the banks, they simply have remained aloof since they could afford to do so. With more than 80% of their lending portfolio being picked up by the government they couldn’t have had it easier. Only last week the big 5 had their ratings upgraded on account of practicing safe sovereign lending! In the process, Pakistan’s SMEs, start-ups, agriculture, and entrepreneurial ventures have suffered.

Lastly, What are our competitors (India & Bangladesh) doing? Unlike the SBP, the Reserve Bank of India (India’s central bank – its Governor, Shaktikanta Das) thinks the slowdown is cyclical, meaning, business activity will pick when the cycle turns. So, to aid Indian businesses in this low cycle, Governor Das has cut interest rates five times this year to help cushion the economy and pump liquidity into the markets (current rate is 5.15%). Bangladesh has followed suit and has a discount rate of 5%.

Meanwhile, the Indian government to combat this recession has announced a slew of helping measures including $20 billion in tax cuts to companies; slashing/subsidizing energy and power tariffs for the companies by nearly 10% while promising that even more will be considered in 2020; consciously forcing the banks to spur lending to the private sector, especially the SMEs and start-ups; and by announcing India’s biggest ever privatization drive in more than 15 years. 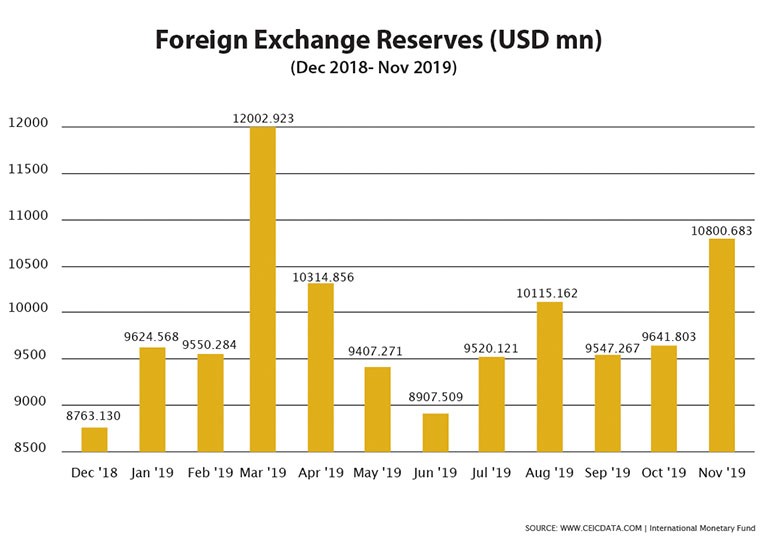 Again, Bangladesh, also not to be left behind, has simply gone one step further in each of these steps (as in the case of the discount rate) to ensure that its economy keeps the growth momentum at 7.30%. In comparison, our efforts measure up quite short. In contrast, what we have achieved here in Pakistan – that too at best in the last 2 months only – while may be a step in the right direction, but to conceive that these little gains in any way call for a celebration may most definitely be a bit premature!

Dr. Kamal Monnoo is a political analyst. He is an honorary consul general of the Czech Republic in Punjab and a member Board of Governors of Islamabad Policy Research Institute. He is an author of two books ‘A Study of WTO’, and ‘Economic Management in Pakistan.’ He can be reached at: kamal. monnoo@gmail.com.

Is Pak delegation in Afghanistan to negotiate peace with TTP?

The Crypto Conundrum and Pakistan!

Will Pakistan ever develop friendlier ties with US?

US visa services for Pakistani students to resume October 1