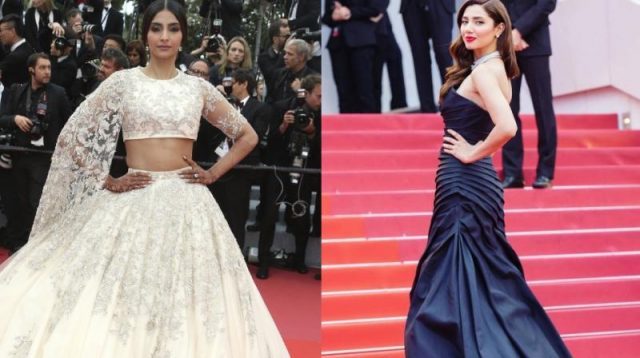 After giving some spectacular performances in movies like ‘Raees’ and ‘Verna, Mahira Khan recently added  the honor of being the first Pakistani brand ambassador for L’Oreal Paris, in her profile

The actress, while addressing the Press Conference, said ‘she feels nervous’ to represent Pakistan at such a big festival.“Everyone keeps telling me, ‘this must be so exciting’ and I keep telling them that I feel like I am a player for a Pakistani team but I am playing alone. I am very grateful to be associated with this brand. There are so many international stars that have been representing L’Oreal at Cannes and I am on my nerves to stand beside them,”

She further said, “This is a proud moment for Pakistan and hopefully it will open more doors for us.”The actress said she had no time to prepare for the festival as she is busy working, neither has she decided what she will be wearing in the festival.

“I have no idea what I’m going to be wearing and it is all just getting decided as of now. The only thing I’m very worried about is that the Cannes red carpet is one of the longest red carpets in the world and I hope I do not trip and fall,” she said.

“I have heard that actors indulge in facials and treatments before their appearances but I have been working and here I am with you people.”Other celebrities attending the Cannes Film Festival as brand ambassadors for L’Oreal Paris includes Julianne Moore, Jane Fonda, and Eva Longoria.