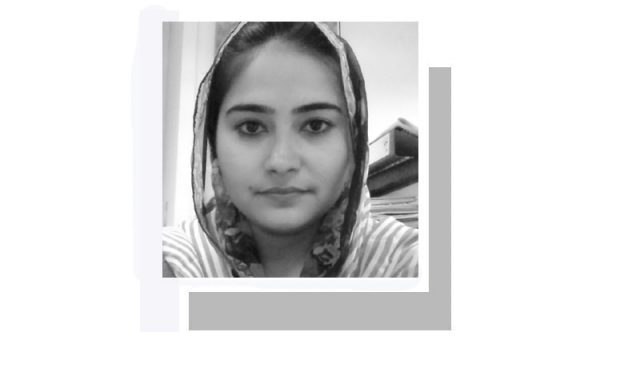 Mahwish Arshad, a 19-year-old, worked for a local travel company. She was shot and killed by a man, Umer Daraz -one of her fellow workers at the same company, on 9th June 2018. The killer, who has been arrested, has confessed to his crime.

Due to political instability and economic backwardness, Pakistan could not make desired intellectual and cultural growth, which created a stagnant cultural and moral order based upon unfounded beliefs.

According to Umer Daraz, he killed Mahwish for repeatedly refusing his marriage proposal.

According to the first information report (FIR) registered at the Sargodha Road police station, Mehwish Arshad was employed at a bus company. The accused, Umer Daraz, a security guard employed at the same company, wanted to marry her, but she repeatedly rejected the proposal, following which he shot her to death publicly in Faisalabad.

Read more: The plague of violence against women is on rise in Afghanistan…

In a video, available on social media, Mehwish and Umer Daraz exchanged heated words, in which the latter was seen forcefully gripping her wrists and trying to attack her during a bus ride. The accused can be seen in the video threatening Mehwish, saying “you’ll see what I would do when you get to the [bus] terminal.”

Later on, according to CCTV footage, Mehwish was climbing the steps of a building at what seems to be a deserted bus terminal when a man yanks her arm to turn her around. Mehwish can be seen trying to free herself from his (Umer Daraz’s) clutches before she is shot and left bleeding on the steps.

The moment the video of the incident went viral on social media, the electronic and print media also took up the matter. The users of Facebook and Twitter shared the video and pictures of Mehwish and her killer and demanded an immediate and strict action against the murderer. It was also mentioned that Mehwish was the sole breadwinner for her family.

The accused can be seen in the video threatening Mehwish, saying “you’ll see what I would do when you get to the [bus] terminal.”

According to her father, Mehwish did not want to marry Umer Daraz but the latter was insisting and pressurizing the former for the marriage.

On social media, most people talked about women rights, their right to marry the person of their choice and the importance and rejection of a marriage proposal. One social media user posted a few questions to highlight a woman’s right to refuse a marriage proposal: “There are simple points to be understood; can a girl not refuse a man if she does not like him? She might have different ideas, worldview or goals in life. She might have feelings for someone else. Or she simply doesn’t like the person.”

Later on, the caretaker Chief Minister of Punjab, Dr. Hassan Askari Rizvi took a notice of the incident and ordered the Inspector General Police to submit a report as soon as possible.

Read more: International Day for the Elimination of Violence against Women 25 November

Violence against women – a demonstration of power:

This is not for the first time in Pakistan that a girl, who refused to marry a man, has been killed. Maria Sadaqat, 19, was a young schoolteacher who was set on fire for refusing a marriage proposal of a school owner’s son in June 2016. She suffered serious burns on nearly all of her body.

Local media reported that she had 85% burns. She was dead.  According to Maria’s mother, “they have taken away my universe, why was she brutally murdered? How can they not feel any compassion?”

The users of Facebook and Twitter shared the video and pictures of Mehwish and her killer and demanded an immediate and strict action against the murderer.

Asma Rani, a third-year MBBS student at Abbottabad medical college, was killed by a young man, Mujahidullah, from an influential family, for refusing a marriage proposal. Asma was in her hometown of Kohat on vacation when Mujahidullah opened fire at her in January this year.

Although in the province of Punjab, the law ‘The Punjab Protection of Women against Violence Act 2015’ has been passed, there are still numerous cases of violence against women in the province. Honor killings have become almost a norm in many parts of Pakistan where women are treated as a commodity and whose sole responsibility is to be submissive guardians of men’s honor and ego.

Experts and researchers suggest that in Pakistan’s social setting, like many other developing polities, there is a complex and rigid concept of power. Violence against women, like rape, is a demonstration of power and strength. It should, therefore, be understood from a sociological perspective which helps in understanding the context in which these incidents take place.  If a girl, for example, refuses a marriage proposal of a man for any stated or unstated reasons, she, by doing so, insults the man and hurts his ego.

Such beliefs, at the social level, do not allow the law to serve the intended purpose; protection of the weaker from the powerful. Be it the case of Maria, Asma or Mehwish, one thing which is common is the social belief system their murderer held and practiced; how can a woman even imagine to refuse a man? All of them have the same sense of men’s ego, worldview, and status of woman in a society.

These beliefs and world-views were once a part of pre-modern societies but with the passage of time the people learned civilized ideals of respect and love and created a culture where men and women have equal opportunities to express their potential and make decisions independently. Due to political instability and economic backwardness, Pakistan could not make desired intellectual and cultural growth, which created a stagnant cultural and moral order based upon unfounded beliefs.

Application of law, without any discrimination, and spread of education may help Pakistan in dealing with these cultural challenges being faced at the moment.

Muslim girl dies, after being burnt alive for refusing to marry Hindu man