Pakistan's beloved Major General Asif Ghafoor said goodbye to the post of DG ISPR which he held since December 2016 and Major General Babar Iftikhar took his place as new DG. 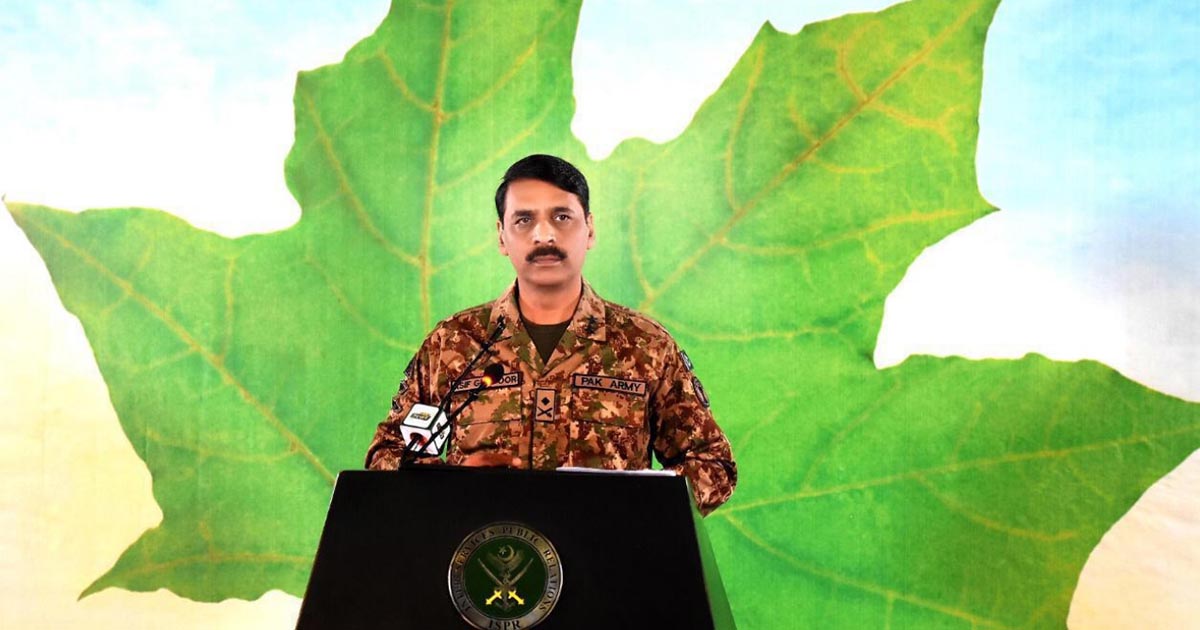 Asif Ghafoor was appointed DG ISPR back in 2016 and upon finishing his tenure as head of the military’s information wing, he has now been posted as GOC 40th Infantry Division in Okara.

No official confirmation about the change at the highest level has come yet, however, ISPR is expected to make the announcement in the evening.

Reports are claiming that Major General Asif Ghafoor is due to be promoted to the rank of Lieutenant General and has finished his term as the Director-General of the media wing of Pakistan Army.

Major General Asif Ghafoor had been the Director-General of Inter-Services Public Relations (ISPR), spokesperson of Pakistan Armed Forces, since 26 December 2016. He was commissioned in an 87 SP Medium Regiment Artillery in September 1988.

He has commanded his parent unit in Operation Al-Mizan, Artillery Brigade on Line of Control, Infantry Brigade on Eastern Border and a Division at Swat, Malakand. General is the recipient of the COAS Commendation Card for operations in Bajaur during 2008 and Hilal-i-Imtiaz (Military).

Maj Gen Babar Iftikhar was commissioned in 6 Lancers in Mar 1990. He is a graduate of Command and Staff College Quetta, National Defence University Islamabad and Royal Command and Staff College Jordan. The General Officer carries with him a rich command, staff and instructional experience. He served as Brigade Major in an Armoured Brigade, Brigadier Staff in an Infantry Division in North Waziristan and Chief of Staff in Corps Headquarters. He has commanded an Armoured Brigade and Infantry Brigade in North Waziristan (Op ZeA). He also served on the faculty of Pakistan Military Academy and National Defence University Islamabad. He is happily married and is blessed with four sons. A passionate reader and an avid golfer. He was presently commanding an Armoured Division before being appointed as DG ISPR.

Hamza Ali Abbasi: I am already a part of politics, just not electoral politics

Pakistan warns US, Afghanistan could be the next Syria

Cockroaches- Part 2. The Rule of Law and due process