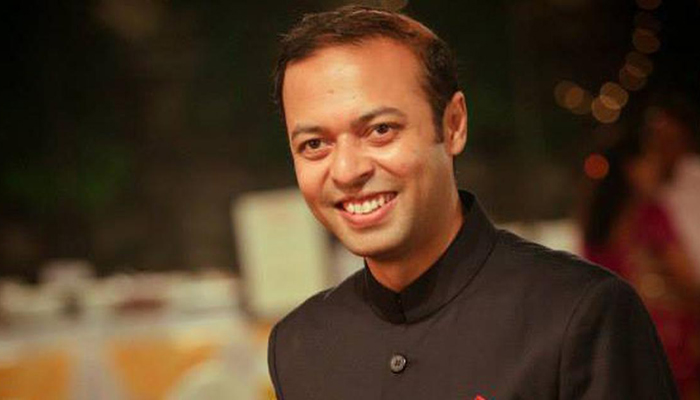 Anirban Das Blah, who co-founded one of the biggest celebrity management agencies in India, attempted suicide after being accused of sexual harassment, in Mumbai, on October 20th.

The co-founder of KWAN Entertainment, which has managed actors such as Ranbir Kapoor and Deepika Padukone in the past, was reportedly rescued by police from jumping off a bridge in Vashi. The police had received a tip-off that he planned to commit suicide, according to Indian publications.

Police said Anirban was climbing over the barricades of the bridge when they caught hold of him. “He was crying. He seemed very frustrated and depressed,” an official said. The 39-year-old was asked to step down by KWAN earlier this week after he was accused of sexual harassment by multiple women on a #MeToo thread on social media.

“The past few days have been very disturbing to everyone in the light of the #MeToo movement and it has pushed us all to take a step back and introspect whether each of us is doing enough to create a healthy and safe environment,” the entertainment and marketing company said in a statement announcing that Anirban had been asked to quit.

“We fully support the #MeToo movement and deprecate and condemn those who have exploited women in any form or manner,” the statement said, assuring a “safe and secure” working environment for its employees.

The global #Metoo campaign has recently reached India in full force. The Bollywood industry, already notorious for its casting couch scandals and illicit showbiz practices, has been hit right left and center by actresses (and on some occasions, actors) coming forward with harassment stories and going public with lawsuits.

The most shocking and popular of these stories was the allegations by out-of-work actress Tanushree Dutta accusing iconic actor Nana Patekar of having sexually harassed her ten years ago. Another old-victim-coming-forward story was that of Sacred Games actor Elnaaz Norouzi accusing Bollywood director Vipul Amrutlal Shah.

The Sacred Games was a Netflix production thriller starring Nawaz Ud Din Siddiqui and Saif Ali Khan. The highly anticipated season two of the series is now rumored to be halted in light of this scandal against its director. Other popular Bollywood figures have been accused of sexual misconduct, including Vikas Bahl, Sajid Khan, and Alok Nath. All of them have denied the claims.

India’s #MeToo movement has been gaining traction with several women calling out powerful men in government, Bollywood and the media.

On 17th October, India’s junior foreign minister MJ Akbar announced his resignation after at least 20 women accused him of sexual harassment during his time as a newspaper editor. Akbar who denies the allegations is suing one of the complainants, Priya Ramani, for defamation. The first hearing in the case has been listed for October 31.

Musharraf wanted to hand over Dr. Qadeer to the US: Ex-PM Jamali