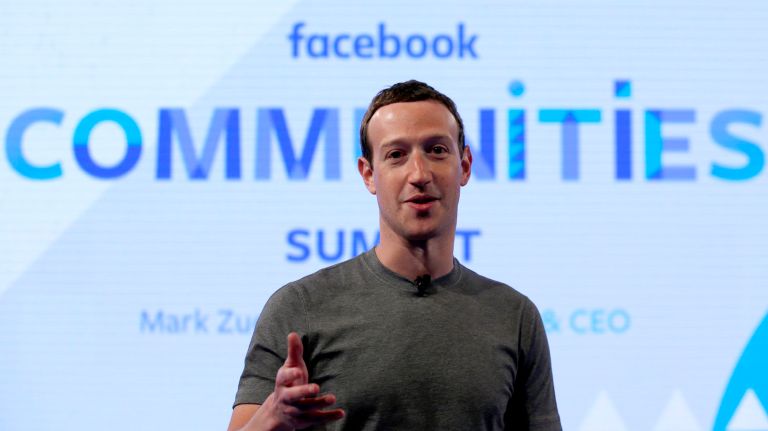 The CEO of Facebook apologized for what he characterized as a “breach of trust”, yesterday, after being silent ever since the data leak scandal broke out.

In his statement, he admitted that his company had made some mistakes, there was more to do and there was a need to ‘step up and do it.’ The data of nearly 50 million users was siphoned off and employed in the Trump election campaign by the UK-based data mining and data brokerage firm Cambridge Analytica.

Read more: Data leak scandal: Facebook was sailing too close to the wind

The firm was hired by Donald Trump’s campaign for ‘data-driven’ political messaging. The story came out after investigations by the New York Times in the US and the Guardian and the Observer in the United Kingdom revealed that the personal information of tens of millions of American citizens was used for political messaging without their consent. In an undercover Channel 4 investigation, the CEO of Cambridge Analytica (CA), Alexander Nix, is secretly filmed as he brags about how his firm was behind ‘all’ of Trump’s digital campaign. He even went on to say that CA uses dirty tactics such as framing political rivals in corruption scandals and blackmailing to ensure their client’s victory. A press release by CA said that its board of governors has suspended Nix, pending a full investigation.

A separate press release by Cambridge Analytica also said that it was ‘fully complies with Facebook’s terms of service and is currently in touch with Facebook following its recent statement that it had suspended the company from its platform’. The social media giant has recently suspended Strategic Communications Laboratories (SCL) from its platform. CA is an offshoot of SCL. The press release said that CA does not use or hold data from Facebook profiles. Responding to the undercover investigation by Channel 4, a statement by CA says that it rejects the allegations made against it. Furthermore, the data brokerage firm said that Channel 4 News had used ‘entrapment’ and ‘mischaracterization’ in its portrayal of what Cambridge Analytica does and the service it provides. The Channel 4 News report contained conversations between Cambridge Analytica senior executives and an undercover reporter posing as a Sri Lankan businessman. Representatives from the White House, however, have said that they welcome any investigation since the President’s campaign did nothing wrong.

Alexander Kogan, a professor at Cambridge University, had developed a personality quiz app on the Facebook platform. Although it was downloaded and used by only about 300,000 people, the data of people in the friends’ list of those who used it was also scooped up and used by Cambridge Analytica. Kogan now says that both CA and Facebook are merely scapegoating him and denying the full share of what’s supposed to be their responsibility.

Zuckerberg’s statement addresses Kogan’s app. “In 2013, given the way our platform worked at the time this meant Kogan was able to access tens of millions of their friends’ data.” The Facebook CEO further goes on to say, “In 2014, to prevent abusive apps, we announced that we were changing the entire platform to dramatically limit the data apps could access. Most importantly, apps like Kogan’s could no longer ask for data about a person’s friends unless their friends had also authorized the app.” He said all this in a Facebook post, where he also said that Kogan had shared his data with CA without permission from Facebook, after which, his app was banned and a formal certification from CA was demanded by the tech giant that the data had been deleted. This was in 2015. After three years, American and British Newspapers, along with Channel 4 in the United Kingdom revealed that the data had not been deleted and was used by the Trump campaign.

Data can be a very powerful tool and, in the wrong hands, it can be dangerous. It is used by big business for advertising. The entire business model of Facebook is based on ads. The social media platform gathers data about us while we scroll and like and share posts. This data is provided to businesses that can then market their products to relevant demographics i.e. people that are more likely to buy the products. The Commercial Division of Cambridge Analytica also offers these services. It ‘finds your customers and moves them to action’.

The other major division at CA, the Political Division, uses the same techniques for running political campaigns for public office. Trump running for the office of the president was the first time that massive amounts of data were used for political ads. He won the race despite losing the popular vote because his digital campaign knew who exactly to target and how. If someone knows what you like and don’t like, it’s easier to convince you to vote for him or her. Israeli historian and professor, Yuval Noah Hariri, in his book, Homo Deus, says that ‘data is a new religion’. And he may be right. Cambridge Analytica certainly seems to believe so. CA’s motto is ‘data drives all we do.’

After this scandal, Mark Zuckerberg has promised to change things at his platform to restrict such misuse of data in the future. In an interview with CNN, he said,”We are doing a set of things that restrict the amount of access that [app] developers can get going forward [with]. We don’t know how many Cambridge Analytics might be out there. So we are going to go down and investigate every app that had access to a large amount of data before this time.” He admitted that Facebook was not ‘on top of all the issues’ with respect to Russian interference in the US election but his company is committed to making sure that it’s much harder to meddle with upcoming major elections, such as the one in Indian and Brazil this year. Zuckerberg also said he was willing to testify in front of Congress if he is the right person for it. Facebook has lost nearly $50 billion dollars in stock value over the past few days. Its total market value is estimated to be greater than $400 billion.

44 million Facebook users in Pakistan, how is their data safe?

Facebook was launched in 2004. It has over 2 billion users worldwide. In Pakistan alone, there are 44 million users. There is a potential of data misuse in Pakistan as well. The technology that can allow this to happen developed exponentially and continues to do so. Lawmakers have been slow to catch up with legislation. As US authorities probe into data use by Facebook, perhaps now is a good time to legislate how and when data can be used. The scandal broke because Facebook users had their data stolen without them being aware of it. And as this story unfolds, it’s important to realize that using data for marketing and campaigning is not illegal and no one is talking about regulating data use in this manner. This is something to think about.

This is why we must urgently adopt digital cash in Pakistan