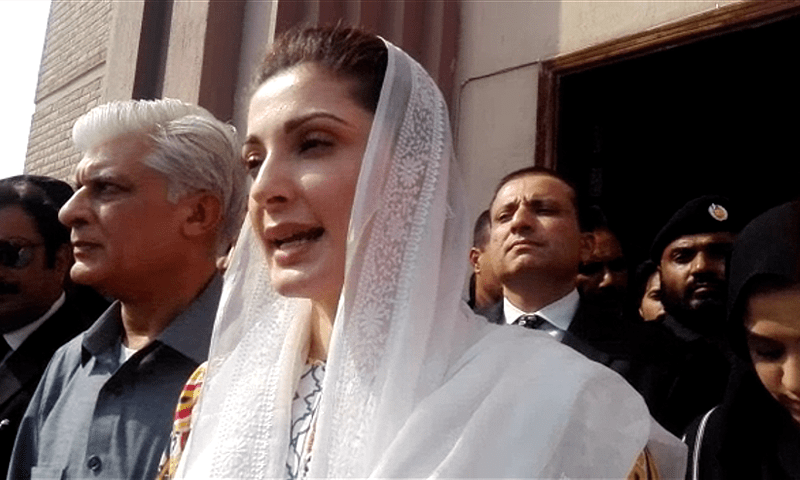 Maryam Nawaz, the daughter of the deposed Prime Minister Nawaz Sharif and wife of Capt. Retd. Safdar, who is set to appear before anti-graft court today, has reacted angrily to the detailed judgment of the Supreme Court in the Panamagate case.

The detailed verdict came hours after Sharif held a lengthy meeting with his lawyers and party leaders on the graft cases against him and his family yesterday. Since the announcement of Panama Verdict, Sharif’s have maintained that the verdict by the apex court was biased and against the basic principles of justice.

In a detailed judgment, the apex court said that the deposed prime minister did not come clean and shied from providing the money trail for his properties abroad. The judges also observed that Maryam was the beneficial owner of London’s Avenfield apartments but she presented forged documents in an effort to fool the courts.

Maryam took jibes on the detailed decision on Twitter and said that it was the first time she has witnessed the “seat of justice spewing venom”.

The latest decision is based more on ‘adjectives’ than law. First time witnessed seat of justice spewing venom.

This decision could only be under immense pressure otherwise such travesty of justice is unimaginable. pic.twitter.com/hxuvSvPu1e

Yesterday, the accountability court reserved its judgment on Nawaz’s petition to club corruption references against the Sharif family whose decision will be announced today.

Previous articleMuslims joining BJP: A marriage of convenience?
Next articleJust the assurance that Pakistan needed: But will it suffice?

23 July 2021
Previous articleMuslims joining BJP: A marriage of convenience?
Next articleJust the assurance that Pakistan needed: But will it suffice?