The Election Commission of Pakistan (ECP) has dismissed the plea filed by PTI lawmakers against Maryam Nawaz’s position as PML-N Vice President. Maryam is eligible to hold the position, however, she cannot hold any functional position or authority. 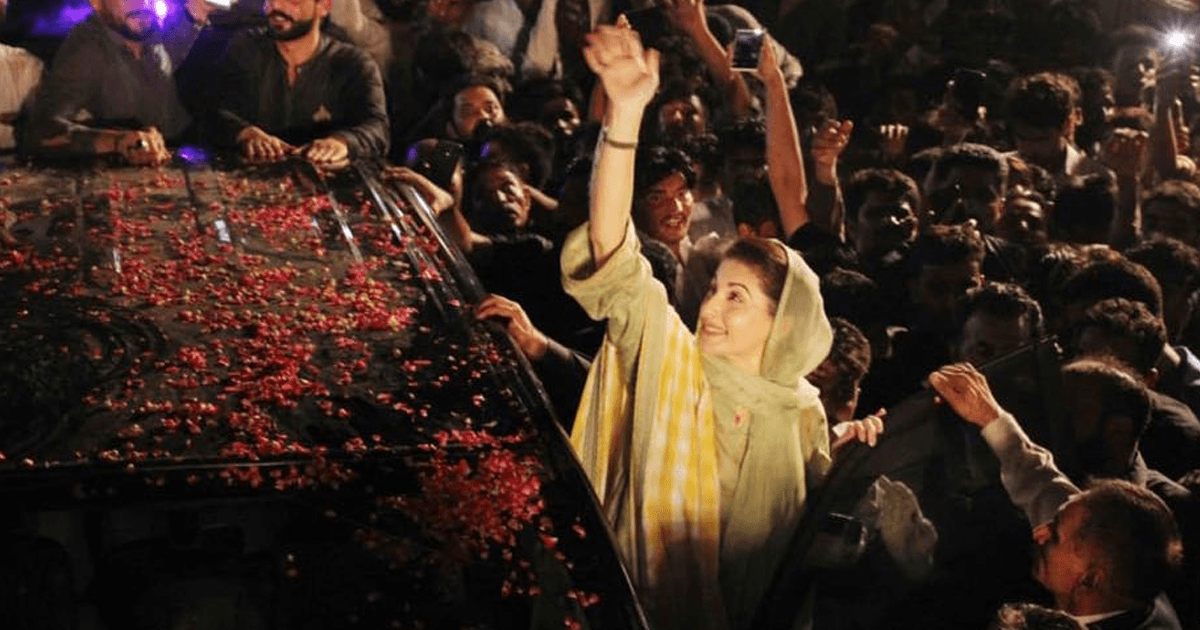 The Election Commission of Pakistan (ECP), on Tuesday, dismissed the plea filed by PTI lawmakers against PML-N Vice President Maryam Nawaz, contesting the eligibility of her position as the Vice President given her involvement in the Avenfield corruption case, filed by the National Accountability Bureau (NAB)

The judgment of the ECP ruled that Maryam Nawaz cannot accept any functional position in the party, or hold any authority. She cannot be appointed as the acting president of the PML-N.

Read more: Maryam Nawaz’s account has a lot of money but she has no idea how

The ECP judgment stated that Maryam Nawaz, who is currently in the physical remand of the accountability watchdog, is eligible to hold the position of the PML-N Vice President,

The PTI lawmakers had filed a petition to contest Maryam’s position as the PML-N Vice President, stating that it is in violation of the constitutional regulations, given her conviction in a corruption case, filed by NAB, on 6th July, 2018.

On Monday, the ECP reserved its verdict on the petition, for the second time, as it had earlier reserved its judgment on 1st August. In an uncommon move, the commission reserved its judgment, and directed the counsel for PTI and PML-N to come forward and assist the court on whether a convict should be allowed to assume the position of the president of a political party, and in light of the verdict given by the Supreme Court, does the same apply to the vice president.

Hassan Maan, the counsel of the PTI lawmakers referred to the Section 203 of the Elections Act, and argue that it must be examined with Articles 62, 63 and 63-A of the Constitution. Citing the example of PTI leader Jahangir Tareen’s case, Maan argued that a PTI lawmaker from Punjab had to give up his party position on the basis of the same regulations, which forbid disqualified and convicted leaders from holding any political positions.

Hassan Maan reasoned that the verdict of the Supreme Court has established the fact that no convicted individual is allowed to hold an official position in a political party. He reminded the Commission that Maryam Nawaz was convicted in a National Accountability Bureau (NAB) reference in a corruption case, and hence, cannot assume any party position.

The PTI counsel cited the example of Rai Hasan Nawaz, a PTI candidate from South Punjab, who was relieved of his party position on the same Constitutional references, which prohibits disqualified politicians from holding a party office.

The lawyer appointed by PML-N, Jahangir Jadoon, argued that Maryam was not elected into the position, but rather, she was appointed on this position by party leaders. He added that the internal decisions of the PML-N offices should not impact the petitioners.

Jadoon argued that previously, the ECP had dismissed pleas where the applicants were not the affected parties. He said that holding a party position or joining a political party is the fundamental right of every Pakistani citizen, and the ECP cannot make these judgments on the basis of decisions it has taken in the past.

He explained while some political parties are led by their presidents, many are led by chairmen or emirs. The PML-N lawyer argued that the vice president does not have any power, and only individuals with authority matter within the hierarchy of a party.

Jahangir Jadoon argued that the judgment of the Supreme Court specifically mentioned party heads, and urged the Commission to dismiss the petition filed by the PTI lawmakers.

Responding to the ECP judgment, PML-N spokesperson Marriyum Aurangzeb claimed that the PTI lawmakers had approached the ECP with a petition in a bid to win over “cheap publicity.”

Marriyum Aurangzeb said, “Maryam Nawaz does not need any designation or party position to work for the people of Pakistan.”

The PML-N spokesperson continued, “Maryam Nawaz’s efforts to restore the rule of law and Constitution are visible for all to see.”

Previous articleRiz Ahmed, Jameela Jamil pulled out from event awarding PM Modi
Next articleTechnological Trends that are driving India in 2020

What is Maryam afraid of?

Talk about economy but mend your ways, Sir