Maryam’s tweets: From a daughter’s role to the politics of emotions 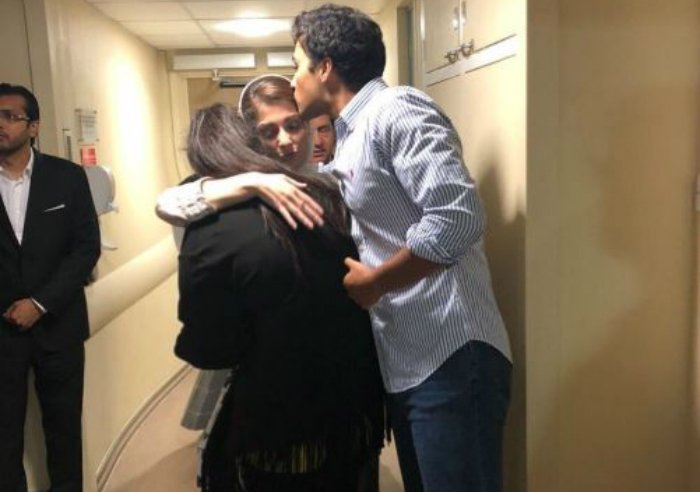 Maryam Safdar, the daughter of former Prime Minister Nawaz Sharif, has expressed concerns over her father’s “deteriorating health condition” and said that the former prime minister is suffering from heart problems. “The government made four [medical] boards and they all said in their findings that Mian Sahib was suffering from cardiac problems,” she said on Thursday. “He was taken to the PIC [Punjab Institute of Cardiology] and then sent back to jail.”

She further alleged that the government knew that her father was suffering from heart disease and yet he was taken to Lahore’s Services hospital. There was no cardiology ward in the hospital, she added. In a tweet, she wrote that she suffered in silence and only prayed to God for her father’s health.

“God forbids, if anything happens to him [Nawaz Sharif], the government will be responsible for it,” she warned. Analysts argue that such emotional statement by Maryam at this moment are politically motivated and intended to put pressure on the incumbent government so that it agrees to send Mr. Sharif abroad.

Read more: Is Nawaz Sharif going to London for his treatment?

Punjab Information Minister Mr. Fayazul Hasan Chohan said Mr. Nawaz Sharif had been given complete protocol [in his detention]. He said Mr. Sharif’s medical report would soon come out and it had no serious indicators regarding his health. “Only a stone is detected in his kidney,” he added.

Moreover, Dr. Mahmood Ayaz, the head of medical board formed to examine Nawaz Sharif’s health, said that the former PM is suffering from high blood pressure, diabetes, and issues related to the kidney, heart, and blood arteries. “We recommended specialized treatment for his heart,” Dr. Ayaz said Tuesday.” “I believe his illness can be treated in Pakistan.”

As a matter of fact, the current situation reflects that the opposition wants the government to let Mr. Sharif go to London for his treatment but he wants this on the condition that public gets an impression as if he is going genuinely for his treatment.

But despite experts’ assurance, the PML-N leadership is not ready to believe it. PML-N’s unshakeable disbelief in the current medical board and its recommendations are not without a reason. Analysts argue that there is a politics of emotions going on in the country.

Why Nawaz Sharif Wanted to Go Back to Jail?

The case of Mr. Nawaz and his illness has become very confusing for many political experts in the country. On one hand, his family wants the government to let him be treated in a hospital and on the other hand, Mr. Sharif himself wanted to go back to prison. Doctors have also suggested that his treatment is possible in Pakistan; therefore, there is no plan to send him to London or somewhere else.

As a matter of fact, the current situation reflects that the opposition wants the government to let Mr. Sharif go to London for his treatment but he wants this on the condition that public gets an impression as if he is going genuinely for his treatment. The illness is being used as pressure tactics by Mr. Sharif’s daughter and his close aides.

Read more: Nawaz is back in jail

Some observers also believe that some emotional statements and tweets from Maryam Safdar will help to gain Mr. Sharif sympathy which may lead to more public support. It is also important to note that Mr. Sharif–whose politics is believed to be over–, will only become politically alive if he gets public sympathy and may get a position to demand a deal from the establishment on his own terms. Hence, emotions being expressed by Mr. Sharif’s daughter are politically calculated and not without a reason.

Dollar hike: PM Khan urges the nation not to worry