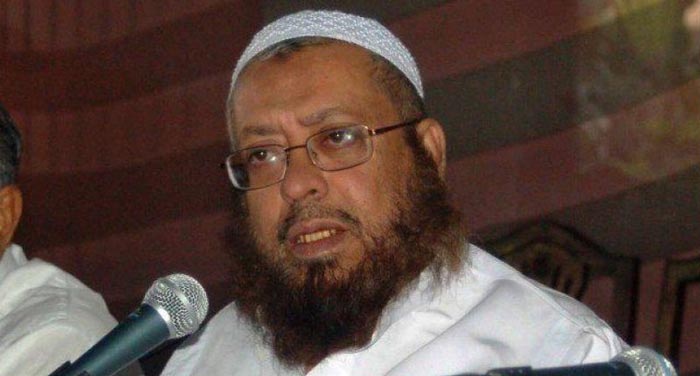 The role of the state, when it comes to controlling religious extremism in Pakistan, is close to zero; operating only under the powerful thumb of Political Islamists. This use of Islam for personal benefits has seen the society now become a total mess. A “moderate” Pakistani cannot be seen anywhere in the society.

From where it all began…

It is the failure of Pakistan’s internal security policy where there are no rules to contain religiously vibrant people from committing any barbaric act leading to dreadful consequences.

Every feature of the Pakistani politics, culture, religion, and society represents the theatrics of the 11 years long Islamist martial law under General Zia ul Haq. A country which emerged to be on the threshold of a socialist revolution in 1970 was turned into the purported bastion of ‘Islamist terror’ from the year 1977 to 1988, the longest and most extremist dictatorship in the history of Pakistan.

Read more: The twist and turns of the Blasphemy law in Pakistan

In 1979, General Zia promulgated the first set of Islamic law, the Hudood Ordinance, concerning the most serious of crimes: theft, rape, pre-sex, and drinking of alcohol. This provided the religious lobby with an opportunity to show power and influence in state affairs. Gradually controlling the state matters, they then succeeded in pushing the legislation against the Ahmadiyya community. As a result, it was regarded as a serious offense for the community to pose as Muslims or to use Islamic terminology for their own practices.

A country which emerged to be on the threshold of a socialist revolution in 1969 was turned into the purported bastion of ‘Islamist terror’ from the year 1977 to 1988.

In 1989, with Iran’s supreme leader Ayatollah Khomeini’s fatwa against Salman Rushdie on his publication of ‘Satanic verses’ (1988); its political and cultural fall-out, blasphemy became a global Muslim issue. In Pakistan, under General Zia, it came to bear striking attention. Khomeini’s fatwa and the long shadow of General Zia’s Islamist martial law set dangerous precedents in Pakistan while dealing with alleged ‘apostates’ and articulated with furious influence where non-state actors played a great role in dealing with the issue of blasphemy under their powerful clutches over religious affairs.

The changes in the blasphemy law opened Ahmadiyya and non-Muslims, along with other Pakistanis, to violence at the hands of extra-state actors who still have a tight grasp on the state affairs. The blasphemy law, in Pakistan, changed a lot under General Zia’s rule, where the act of ‘disrespect’ to the Prophet Muhammad (PBHU), to his family, companions, and Islamic symbols were to be treated with punishments ranging from life imprisonment to death sentence.

The state of Islam in Pakistan represents the core subjects of fundamentalism, extremism, self-made doctrines, so-called Jihadism, and self-declared Islamic laws where orthodox Mullahs and frenzied Islamists are ruling the society.

Through the Islamization project, General Zia injected a heavy dose of religious fundamentalism, intolerance, and extremism in Pakistani society which had been historically tolerant and open. The crackdown policy of Islamists against liberal and socialist intellectual property led the situation to pulling and grabbing, burning and killing based on mere allegations. This is exactly what happened with Mashal khan who was killed as a result of this in Abdul Wali Khan University, Mardan.

Why is the state helpless?

The tragic murder of Mashal Khan poses several questions, primarily regarding the state’s role. It seems as if state authorities themselves are afraid to confront the religious clergies. The government and state security agencies are either powerless or willingly not taking actions against these powerful giants. The state of Islam in Pakistan represents the core subjects of fundamentalism, extremism, self-made doctrines, so-called Jihadism, and self-declared Islamic laws where orthodox Mullahs and frenzied Islamists are ruling the society.

Pakistan has not yet been able to get out of the clutches of the past and the eleven-year long extremist rule. Though General Musharraf’s liberal lifestyle and official commitment to ‘enlightened modernization’ possibly reassured liberal and moderated Pakistan, but the non-ending support for the Taliban put his agenda on the way to destruction, mass killing, blasts, burning music shops, and promulgation of self-declared Sharia & Law by 2009, especially in KP.

Kidnapping and murdering liberal activists are becoming common in Pakistan. The murder of Salman Taseer, former governor of Punjab, and Mashal Khan are chapters from the same, thick book of blood. The educational sector is dreadfully under the threat of such brutal activities. A number of students have become the victims of “alleged” blasphemy. The state security institutions are unable to bring these extra-state actors involved in religious cauldron under the government’s writ.

Read more: How do you know if I am an extremist or a moderate?

Despite all this, I believe, that Islamists and religiously intolerant students of universities cannot be entirely blamed for extremist acts. It is, rather, the failure of Pakistan’s internal security policy where there are no rules to contain religiously active people from committing any barbaric act leading to dreadful consequences.

The murderous acts of extremists on the blasphemy issues distort not only our national image but also challenge the authority of the law.

The failure of National Action Plan on religious affairs and the ambiguous role of universities’ authorities have greatly helped the orthodox teachers and Islamist wings of students at universities to advocate their ideology and literature. The murder of Mashal Khan is the most vivid example in this regard.

Pakistan is no more in a position to give free hand to the elements that are religiously vibrant and intolerant. The government and security agencies should not promise on such serious and offensive matters. The state of Pakistan has well-defined constitution and law on blasphemy cases. The murderous acts of extremists on the blasphemy issues distort not only our national image but also challenge the authority of the law.

So far, keeping religiously intolerant and extremist class under the government’s thumb is an open challenge to all three pillars of the state: executive, legislature, and Judiciary.

Previous articleSo who was the real target of “Mother of All Bombs”?
Next articleChina & U.S Alliance to restrain North Korea’s Nuclear ambition?

25 September 2021
Previous articleSo who was the real target of “Mother of All Bombs”?
Next articleChina & U.S Alliance to restrain North Korea’s Nuclear ambition?