India, last February claimed to have struck Pakistani land with its Air Force and propagated killing hundreds of terrorists, a claim they provided no proof of. Similarly, Iran attacked the US base with as much as 22 missiles yet not even a single death. Find the similarity between India and Iran's surgical strikes. 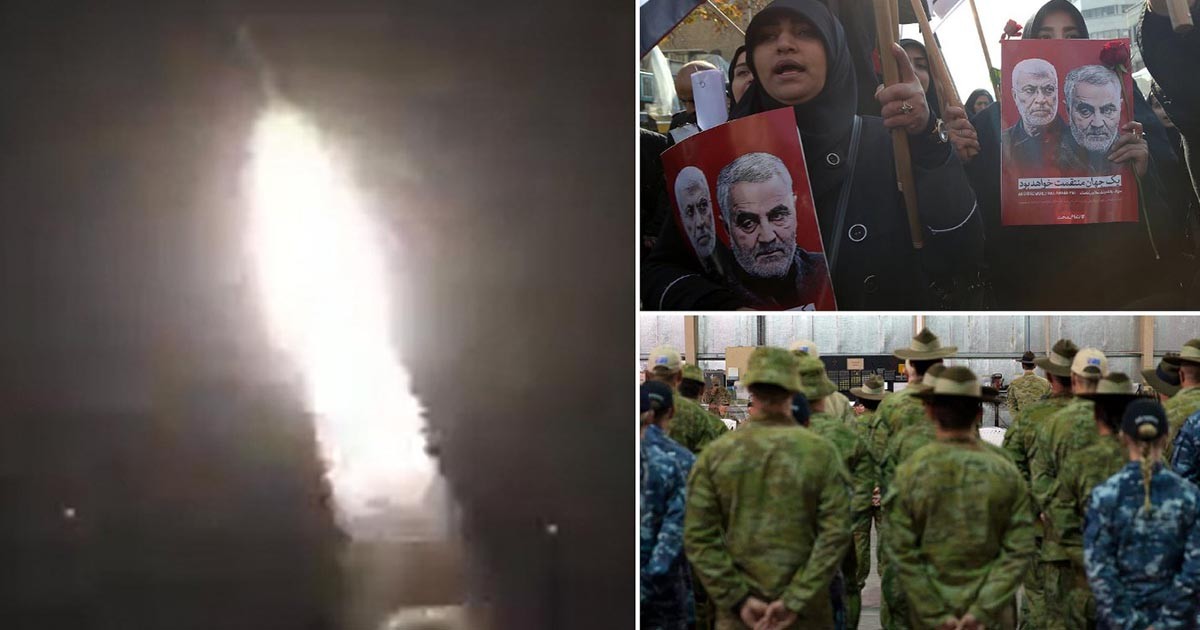 Who said this: “No matter how skillful you are, you cannot invent a product advantage which doesn’t exist. And if you do, and it’s just a gimmick, it’s going to fall apart anyway.”

Iran launched a salvo of ballistic missiles at US soldiers stationed at Erbil and Ain Al-Asad air bases, west of Baghdad, at about 2 a.m. local time on Wednesday. The attacks came in retaliation for the US killing of Iran’s top general Qasem Soleimani on Friday by a drone strike. US President Donald Trump said on Wednesday evening that there were no US casualties in the strike.

While Iran is claiming 80 American lives in the aftermaths of 23-missile strike. Who is speaking the truth and who is liar, God better knows. But there exists something like inductive reasoning in which the premises are viewed as supplying some evidence for the truth of the conclusion. So let’s weigh Iranian claim of 80 American lives.

Interestingly both the Indian and Iranian governments divert their masses’ collective incitement toward external nemesis rather than internal dud.

One of the most thought-provoking aspects of the Iranian attack is how restrained it was. It seems as though it was designed to do as little damage to the US as possible. All the 23 missiles were so much US-friendly that not even a single American soldier bore the brunt except the luckless Ukrainian airliner PS752 with 176 people onboard shot down by an Iranian surface-to-air missile.

A huge number of missiles against a military target, and a 3-hour prior warning of the attack Iran already issued to Iraq so that the US soldiers could shift themselves to safe bunkers mutated the so-called mighty response of Iran into almost a de-escalatory one.

But ironically in the hollow show-off in a “fixed fight” with the USA, Iran totally forgot to close its airspace for international flights which hints at exactly the sort of miscalculation and recklessness that attends the cycle of escalation and violence we have been seeing in the region particularly in the wake of a video CNN received to show missile strike as Canada and UK claim that they have significant intelligence that Iran shot down Ukrainian plane. Later on, Rouhani himself admitted that jet was bummed out as a denouement of “human error”.

Come to the point whether Iran’s claim of 80 US lives holds water? If it’s so then where will we place Trump’s swift “All is well” tweet peculiarly when there occurs no considerable damage to both US soldiers and military assets. Already Iranian admission of horrific crash killing engendered intensive indignation on social media globally.

What Iran got from this hollow retaliation which gnawed all the 176 people on-board in terms of neither ate nor drank, yet had to break a glass worth 12 cents? Iran’s initial act of not handing over the black box of wretched plane pointed out something black in the lentils.

But when it was difficult to hide its hanky-panky afoot, Iran, out of Hobson’s choice, had to lay bare its gawky faux pas in the backdrop of advance Western technological inquisition. So if the quality of being trusted and believed in is etched out as credibility then Iran has been miserably failed in this test. In the comity of nations, sans credibility causes you to be categorized in the list of rogues and pariahs.

The strategic miscalculations take place. And the clouds of wars hovering over global arena clap with the thunder of widespread massacre

Startlingly there exists a bizarre corollary of actions between both India and Iran. For instance, India portrays Pakistan as an enfant terrible for all its wrongs. Iran limns the US as a punk kid for all its evils. Interestingly both the Indian and Iranian governments divert their masses’ collective incitement toward external nemesis rather than internal dud. It happens quite often that fools rush in where angels fear to tread.

Indian farcical surgical strikes in 2016 then followed by foolish Balakot incursions finally came to an end with Operation Swift Retort conducted by Pakistan Air Force. In a failed bid to illustrate it as a gigantic intimidator, India’s journey to la-la land finally culminated with Abhinandan’s brazen surrender and IAF’s shooting down its own Mi-17 chopper when both India and Pakistan engaged in dog fight on 27th February 2019. It was actually empty heroism that exposed the weaknesses of Indian conventional deterrence vis-à-vis Pakistan before the whole world.

Now actually what’s the dilemma of Iran? In the post-1979 revolution days, the Iranian bigoted regime crafts the idol of supreme leader to be worshipped as an epitome of sacrament. All the administrative and economic failures were used to be hid behind bold leadership peppered with religious veneer. In the quest for stretching out its sphere of influence, the conservative regime worked through proxies.

Coincidently the vested interest of both the USA and Iran converged as the chaos and collapse of authoritarian regimes of the Middle East in the post-9/11 ambience was writing on the wall. If the US attacks Afghanistan to end Taliban rule, Iran automatically sides with Northern alliance—Taliban staunch enemies. Similarly if Saddam Hussein is obnoxious to Americans, Iran strangely strengthens anti-Saddam forces to hasten his fall. Such manifestations are numerous where both Iran and the US prove to be clandestine fellows to preserve each other’s interests.

This time, too, the assassination of Qasem Soleimani at the hand of Americans provided a win-win for both. On account of his insurmountable influence and growing popularity, Soleimani had become the second most powerful figure after the Supreme leader in Iran. To Americans, his robust backing to Lebanon’s Hezbollah had made Tel Aviv to skating on thin ice. In sum, his end was in favor of both.

In order to ward off people wrath, the soup-opera of 23 missiles was being played in connivance with Americans. But as the nature has its own plan of working, the Ukrainian airliner fiasco will be landing the hard regime in deep trouble in coming days. Till to date, Indians never believe in Modi’s claim to kill ‘350 terrorists’ in Balakot; in the same parlance, Iranians will never pay heed on their regime’s fake assertion of killing 80 American so far as Trump is tranquil and halcyon.

Indians are on the roads against the Hindutva-branded extremist government. God forbids, if external pressure mounts to punish Iranian regime for Ukrainian airliner crash in sync with stringent economic indicators at home especially when there is no reason to believe in the falsified claim of 80-American killing, the tide of regime change can swirl.

Rightly at this moment, the worn-out regimes, in the quest for survival, usually open new fronts outside their borders. Proxies become out of control. The strategic miscalculations take place. And the clouds of wars hovering over global arena clap with the thunder of widespread massacre. Why does it happen? It happens because most deadly errors arise from obsolete assumptions—one like delusion of surgical strikes.

Ali Abbas is a lawyer based in Islamabad and currently working with a law firm namely Kharal & Co. The views expressed in this article are the author’s own and do not necessarily reflect the editorial policy of Global Village Space.

Previous articleQatar going out of its way to support Syrian refugee children
Next articleFinally rare concession from Thai King: Motorcades will no longer shut down Bangkok

24 July 2021
Previous articleQatar going out of its way to support Syrian refugee children
Next articleFinally rare concession from Thai King: Motorcades will no longer shut down Bangkok