Maulana, Media or the feminists: Who was right?

Problem is if news channels sell lies to thrive, Maulana's enterprise tells tales to survive. No one else can talk so eloquently, or with such certitude about one hundred thirty foot tall hoors flashing their charms through hundred layers of veils from across flowing rivers of musk, saffron, amber and for some odd reason, naphthalene! Amazingly Well Written! Must Read from a Pakistani in Canada 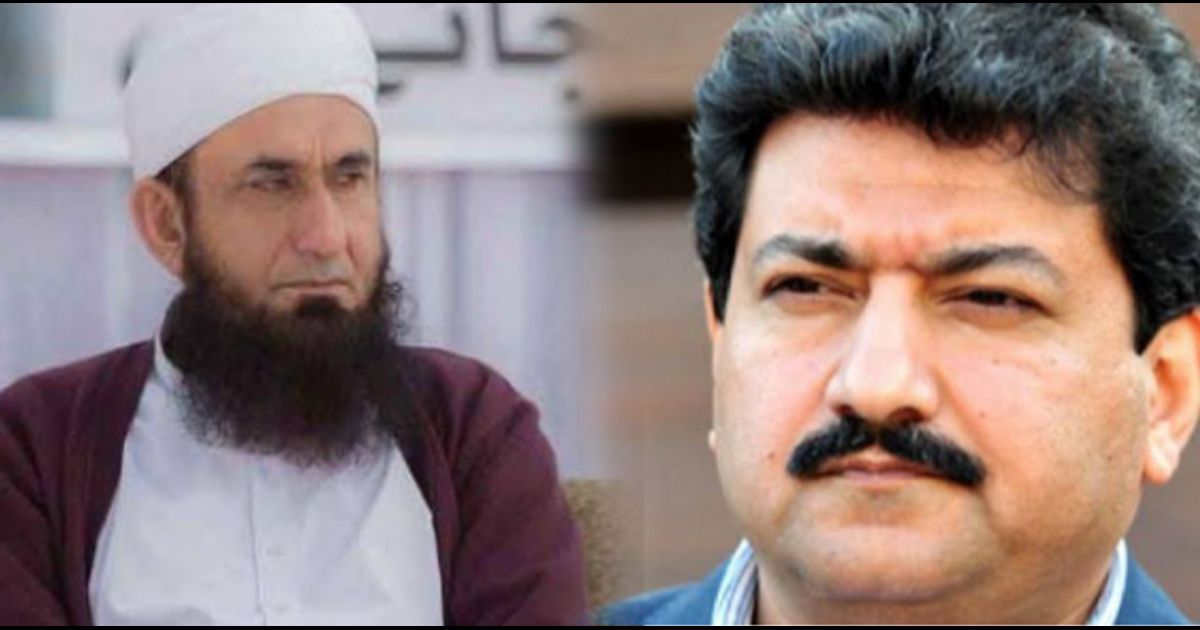 It’s hard to ignore the firestorm raised by Maulana Tariq Jamil’s nationally televised prayer last week. A person known for being a conciliator and consensus builder, inadvertently parted mass opinion like Moses parted the sea of Galilee, and in the process, managed to anger multiple, very vocal and hostile feathers.

Maulana, Media and the feminists?

Prominent feminists and women’s rights advocates were upset at the Maulana’s insinuation that rising promiscuity had triggered God’s anger in the form of the current pandemic. Even then, they didn’t come out all guns blazing. One reason for their relative muted response could have been their battle weariness following the fierce confrontation with Khalil ur Rehman Qamar a couple of months ago. Public support for women’s activism is not very widespread in Pakistan, and it’s generally viewed with undeserved suspicion.
Read more: Maulana Tariq Jameel apologizes to women after social media outcry

That’s not all. Anchors and journalists took issue with accusations of private channels propagating fake news. They quickly split into two groups, one that felt slighted, and another that felt delighted. The first group, influential as they already are, took to cyberspace and airwaves with a vengeance, demanding an apology, which they got, very gracefully and unconditionally. I feel the Maulana needs to be commended and appreciated for his gesture. The other group assumed a holier than thou stance, and took the opportunity to admonish their errant colleagues, while taking pleasure in highlighting their supposedly spotless and above-board records.

If I ever meet Maulana Tariq Jamil I'd say to him, with respect: please don't bring women in your duas about pandemics. In a patriarchal, mostly misogynistic Pakistan that's never a good idea.
I'll never vilify him here but I'll make sure I say this to him whenever I get a chance— Mehr Tarar (@MehrTarar) April 26, 2020

Telling tales of 130 feet tall Hooris for a living

The reality is, the Maulana did not utter a white lie though. Our media does bend the truth. But what’s important is, he himself is no stranger to flexing facts either. Actually, it can be argued that he goes a step further. He invents them.

If news channels sell lies to thrive, his enterprise tells tales to survive. No one else can talk so eloquently, or with such certitude about one hundred thirty foot tall hoors flashing their charms through hundred layers of veils from across flowing rivers ofmusk, saffron, amber and for some odd reason, naphthalene!

We all seem to be helplessly stuck in an endless hyperloop of falling ethics and rising self-righteousness. The more we sink into this abyss, the more we throttle our anthems and our prayers.
Read more: TV Anchors grilled Maulana Tariq Jameel on his comments on media

We have anthems for retiring national debt, we build dams to the tune of trumpets and drums, and social uplift programs spawn jingles and tunes. Results be damned, the lyrics need to rhyme. I particularly remember one from decades ago, that went something like “aaney waaley dour key insaan ham sey jeena seekhein gay, ham hein Pakistani ham to jeetein gay haan jeetein gay”. The tune surely deserves an A+ for its audacity of ambition and aspiration. As for the results of the Cricket World Cup this anthem was written for, don’t mention.

The same goes for our prayers. I grew up listening to divine appeals for the liberation of Kashmir and Palestine. Bosnia made its debut shortly after, followed by Iraq, Libya, Syria, Lebanon, Yemen, the Rohingya, the Uighur. By Maulana Tariq Jamil’s logic, their women’s immorality must be off the charts if they are attracting such heavenly wrath.

It was therefore with a sense of tired exasperation that I watched the Prime Minister’s fund-raising telethon end with yet another prayer.

I have absolutely nothing against Maulana Tariq Jamil. I am sure he is a well-meaning man. It’s our desperation as a nation that bothered me. I wish we had an equally high capacity to discover a cure for the disease as the lofty lyrics of our anthems. By contrast, the Serum Institute of India, which I was surprised to find out is the world’s largest vaccine manufacturer, might offer a cure for the Virus.

I have not much against prayer either, but we need to realize that while prayer may nourish the soul and sustain hope, it can never spawn ingenuity. I also don’t subscribe to the prevalent mindset in our country that symbolizes the Virus as God’s retribution bringing humanity to its knees, and that only divine benevolence could deliver us from this evil. This mindset is naïve at best, and perilous at worst.
Read more: Why Maulana Tariq Jameel grabbed headlines yesterday?

Humans have faced, and conquered, worse pandemics. The fight against Plague, Polio, Smallpox, Cholera, Malaria and many others were won by human ingenuity, not divine intervention.

However, in Pakistan, we increasingly live in a world where blame is tossed around and deflected. This is a country where responsibility is avoided and an effort is subservient to heavenly will. Here, deviousness, subterfuge, division and derision rules.

It has to be understood that we can’t expect to realize our Madina dreams, with Kufah ethics. That, is the fundamental Tabdeeli that’s required, and that is the primary Tabdeeli we should aspire and commit to.

Now this is a prayer to which I will gladly say, Amen.
Waseem Syyed, is a Canadian of Pakistani origin. He has had a long career in international development, working around the world for the United Nations and global NGOs for more than twenty years. The views expressed in this article are the author’s own and do not necessarily reflect the editorial policy of Global Village Space.