Ever since the conclusion of the transmission, Maulana Tariq Jameel, #tariqjamil and #molanaTariqJameel has been one of Pakistan's top trends on social media. His speech and prayers attracted two-pronged reactions from social media users. Some praised him while others objected his presence in the PM Imran Khan's live telethon. 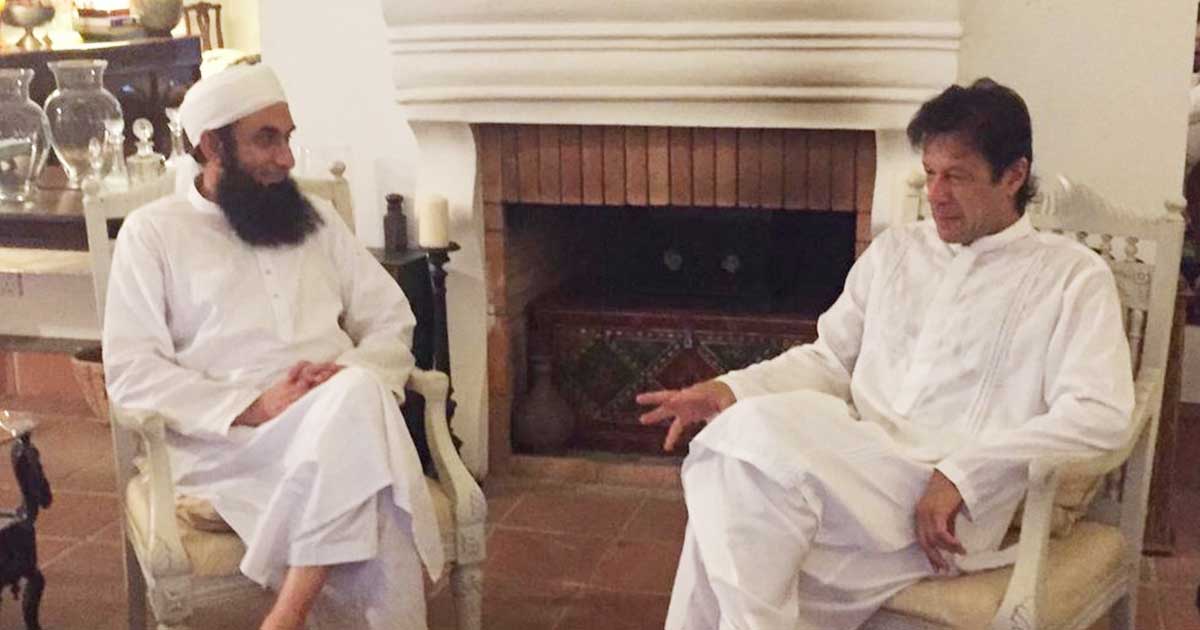 Maulana Tariq Jameel delivered a key address in which he guided the nation on how to deal with coronavirus. His speech emphasized that this could only be done through spirituality, faith, and rationality. He asked people to look inwards and repent to Allah for their sins to get rid of the mayhem of coronavirus. He also backed the state’s decision to suspend congregational prayers and mass gatherings in the mosque.

Maulana Tariq Jameel quoted historical anecdotes from the Holy Prophet Muhammad and his teachings to explain the importance of following preventive measures to deal with the pandemic. Throughout his address, he encouraged people to create a balance between faith and rationality.

He narrated an incident when Holy Prophet Muhammad barred Muslim worshippers from coming to the mosque for daily prayers during a storm and heavy rainfall. Based on this incident, Maulana Tariq Jameel asked people to abstain from going to mosques to control the spread of coronavirus and asked them to pray in their homes during the holy month of Ramadan.

Maulana Tariq Jameel added that protecting the lives of others and oneself is a key part of the Islamic faith. Hence, faith and logical reasoning demand that followers adopt every possible preventive measure to keep themselves safe from coronavirus.

In the latter part of his speech, he advised people to abstain from vices like indecency, lie, fraud, and illegal means of earning a livelihood. Tariq Jameel added that pre-Islamic nations were annihilated because they transgressed the limits set by God.

Liberals and feminists be like 'dont judge someone'
'Don't critisize them'
'Let them live '
So i have a question , why are they venting at Maulana Tariq Jamil from last few hours ?#tariqjamil— Areeba (@areeba_chaudhry) April 23, 2020

Maulana Tariq Jameel warned that no nation can prosper with these vices. He quoted the sayings of Prophet Muhammad that Allah loathes the vices of fraud, lie and deceit the most. However, controversy arose over his comments about those women who were ‘behaiya.’ He talked about the indecency and mixing up of genders and leading the youth astray. In one particular sentence, he expressed remorse over women dancing. He, however, did not clarify his stance further. He then concluded the transmission with a special prayer (dua) asking God to end the pandemic coronavirus and save entire humanity. His comments over women upset many and an outcry arose on Twitter.

#tariqjamil 's comments about immoral women & corona sum up the thinking of most clergy in Pakistan and dare I say, the Prime Minister himself & most of his party & followers.

The question is: if we women brought this azaab upon us why is the virus affecting more men than women?

Controversy over his comments on women

Ever since the conclusion of the transmission, #tariqjamil and #molanaTariqJameel have been trending on social media. His speech and prayers attracted two-pronged reactions from social media users. Whilst, some appreciated him for enlightening and guiding the listeners during these turbulent times. Others dissented with Maulana Tariq Jameel’s participation and his speech in the telethon.

According to them, his speech was old-fashioned and did not resonate with the existing times. A cross-section of social media users identifying themselves as ‘Liberals’ disagreed with Maulana Tariq Jameel and objected to his excessive reliance on spirituality to deal with coronavirus.

Pakistani media made Tariq Jameel a hero and celebrity, gave him his status that he enjoys today. Live on all channels today, he declared all Pakistani media as 'liars'. Good going.— Murtaza Ali Shah (@MurtazaViews) April 23, 2020

Particularly, many female social media users slammed him for reference to ‘liberty of women.’ They argued that Maulana Tariq Jameel has no right to object to their liberties and they are free to dress and socialize in society.

#tariqjamil 's comments about immoral women & corona sum up the thinking of most clergy in Pakistan and dare I say, the Prime Minister himself & most of his party & followers.

The question is: if we women brought this azaab upon us why is the virus affecting more men than women?— Benazir Jatoi (@BenazirJatoi) April 24, 2020

The contrasting views on social media prompted a debate between users. Both groups exchanged harsh comments while discussing the merits and demerits of Maulana Tariq Jameel’s participation in the telethon. However, whilst discussion may have gone in a different direction – it is clear – organizers wanted his prime message to be that of #stayathome during Ramadan.