"We never expected such a big crowd for a first game. When we got to the ground, we had almost 19,000 people, hungry to watch some cricket," said Kumar Sangakkara 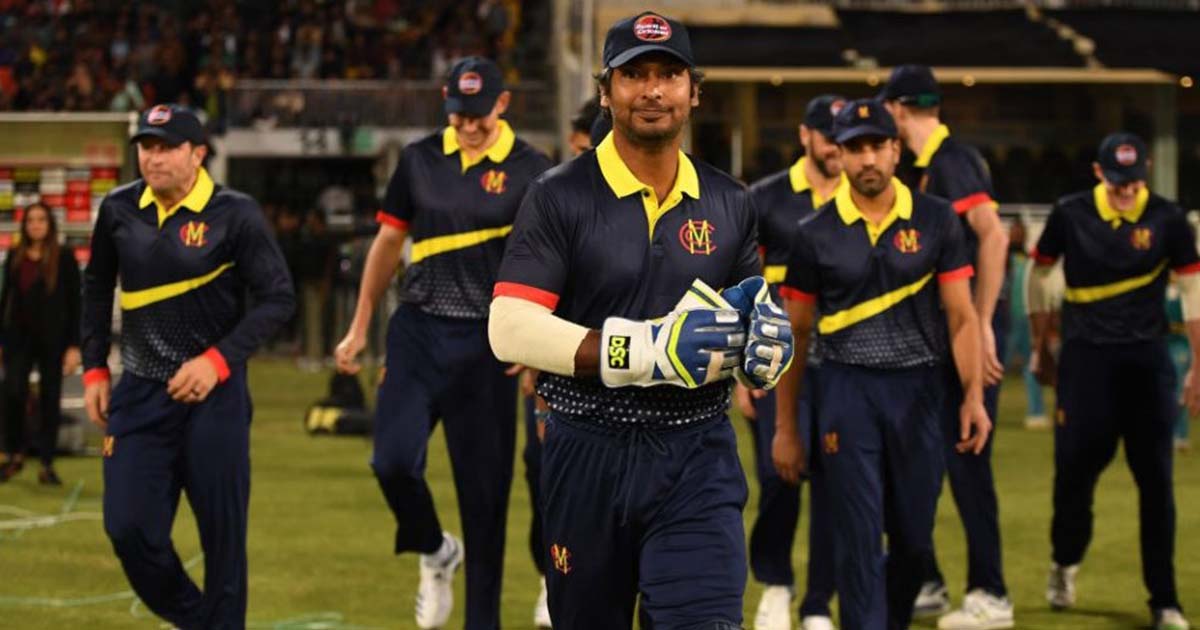 Kumar Sangakkara, the skipper of Marylebone Cricketing Club(MCC) and a former Sri Lankan player, says the team is overwhelmed with the amount of love and hospitality received in Pakistan.

MCC, the oldest cricketing club in Britain, received an unanticipated reception in Pakistan. MCC made a week-long tour to Pakistan from February 12th to February 19th. The team played four 50-over matches in Lahore against two PSL franchises-Multan Sultans and Lahore Qalandars, which they won and lost two matches against Pakistan’s Shaheens and Pakistan North.

“We have had a wonderful time [in Lahore], the security has been exceptional and the cricket was highly enjoyable, particularly at the Aitchison College ground,” said Kumar Sangakkara in an interview with a local media outlet.

🇵🇰 With the tour now over, MCC would like to thank Pakistan for their kind hospitality over the past two weeks.

We look forward to returning at some point in the near future. #MCCcricket | @TheRealPCB pic.twitter.com/naN4x9AGs6— Lord's Cricket Ground (@HomeOfCricket) February 20, 2020

“We never expected such a big crowd for a first game against the [Lahore] Qalandars. When we got to the ground, we had almost 19,000 people, hungry to watch some cricket,” he further added.

“The message we will be taking back is about the warmth of the people, the welcome of the fabulous spectators who came to watch cricket, the passion the players and people have for it and our own experiences of playing here and traveling about in Lahore,” said MCC player Sangakkara.

“We would love for teams to consider coming here so that international cricket can finally come back to Pakistan in full force.

“It’s important that, when you are in a country on a tour, you’re not confined to a hotel, but you can go around and enjoy the city and the country you’re in,” he added.

Sangakkara was in awe of the culture, art, and literature of Pakistan. He appreciation the security provided to them on their tour to the country.

“We have had a wonderful tour here, making sure that the message has been conveyed across the world of cricket through personal communication with the people, official statements and interviews,” he said.

“And as you know the players are also going back [to their respective countries] they must be talking about their wonderful and safe stay here and it is all part to bring back international cricket to Pakistan,” he continued

“The security has been exceptional and we enjoyed our cricket matches at the wonderful venue of Aitchison College, as visiting that historical place was a great part of the tour.

Tried my cricket skills with the legend himself @KumarSanga2 keeping wicket. Was hoping to hit a six but got bowled in spectacularly bad style #UKPakDosti pic.twitter.com/vYNc3orPJN

He says the team desires to return to Pakistan in the near future.

“We also visited historical Lahore Fort where we watched a great history, great contemporary artwork, learned about the past rulers, and all was a great experience for the entire party.”

Zayn Malik opens up about break-up with One Direction, relationship with Gigi