While the Sri Lankan Cricket team is credited for resuming international cricket in Pakistan, guest players departed the country with fond memories and positive assertions for the security agencies and PCB management for wonderful security and hospitality. 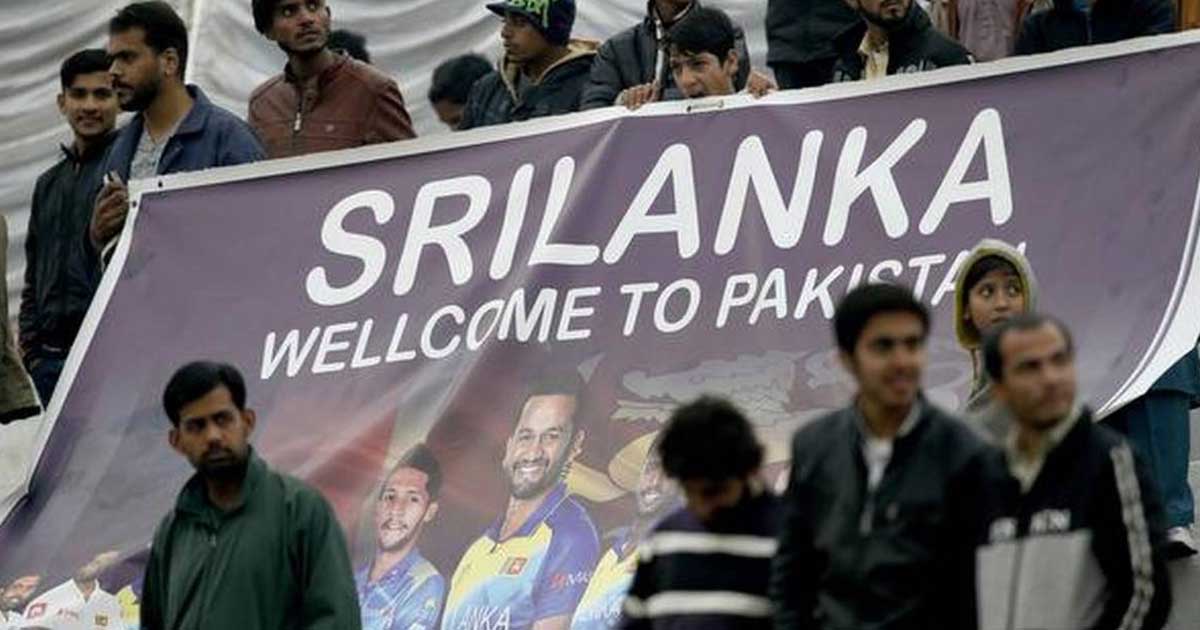 Prominent Sri Lankan cricketers have appreciated the security and hospitality provided to them by security agencies during their tour for the homecoming test match series in Pakistan.

Very Proud to say how this forces & SSG men was Look after US in Pakistan. Security and Hospitality was amazing….Thank You all the spectators who come to watch this amazing game and supporting US.Thanks again @TheRealPCB and
yeah Pakistan safe to play cricket now….— 𝑫𝒊𝒎𝒖𝒕𝒉 𝑲𝒂𝒓𝒖𝒏𝒂𝒓𝒂𝒕𝒉𝒏𝒂 (@IamDimuth) December 24, 2019

Thank you Pakistan for the great hospitality and excellent security.We were looked after so well and we felt safe as anywhere else in the world.Thanks to SSG and all the forces for ensuring our safety.Pakistan is safe for cricket pic.twitter.com/DlLVUOqT6v— Angelo Mathews (@Angelo69Mathews) December 24, 2019

Daniel Alexander, the administration member of the Sri Lankan cricket team, asserted that while Pakistan’s security agencies provided them with excellent security, Sri Lankan players also cherished the hospitality extended to them in Pakistan, they look forward to returning Pakistan to play international cricket.

Time to say goodbye to Pakistan for now. After 2 weeks and 2 tests I now return to the place I belong which is home! It was a great tour with some fantastic experiences. Thank you Pakistan until we meet again.

Alexander encouraged other international cricket teams and players to come and play in Pakistan. Similarly, Sri Lankan commentator Roshan Abeysinghe also appreciated the test match series in Pakistan. He rejoiced the hospitality and love received in the country. He, however, advised Pakistan to beef up the professionalism of immigration staff at the airport following an inconvenience due to the delay in flight by 1½ hour.

He asserted that hard-earned positive image risks being sullied by the inefficient immigration staff. Adding that such things may offend the international tourists and undo Pakistan’s image of a tourist-friendly country.

Pakistan clinched a decisive victory against Sri Lanka in a second and last test match of the homecoming series on Monday morning. Green shirts defeated the islanders by 236 runs marking the first test match victory at home ground in 13 years.

The first test match of the series was drawn between Sri Lankan and Pakistan in Rawalpindi. The second and last test match in Karachi commenced on Thursday 19th December in which Pakistani players put up a pack of match-winning performances.

The security in Pakistan was outstanding, they were behind us all the time & Pakistan fans are really good, they kept supporting us. we would love to come back & play in Pakistan. other countries should play here, Pakistan is 200% safe – Sri Lanka captain Dimuth Karunaratne @ICC— Daniel Alexander (@daniel86cricket) December 23, 2019

Then again in Karachi, he asked if Karachi is the capital of biryani in the world.

Meanwhile, head coach Misbah-ul-Haq expressed bewilderment on the refusal of the Bangladesh cricket team tour Pakistan despite Sri Lanka’s successful tour to Pakistan. Chairman, Ahsan Mani, also asserted that Pakistan will host all the series in the country onwards.

Ditch Gutka & Pan or get Fired from Job: Sindh Police faces a Dilemma