Media put in chains in Kashmir 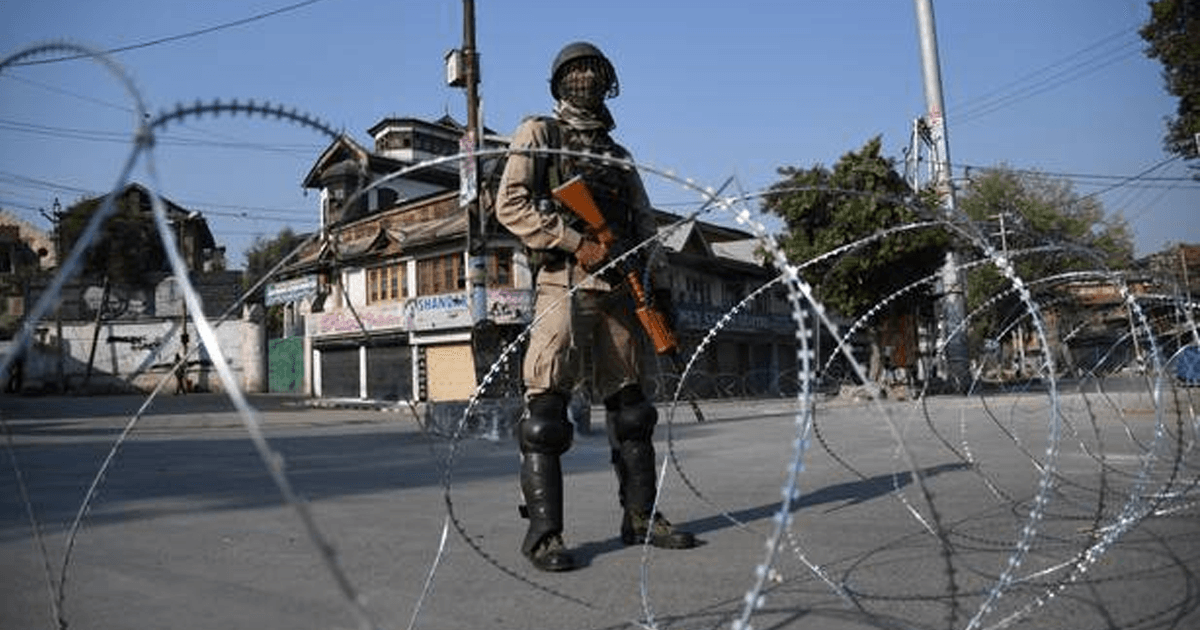 When plainclothes police arrested newspaper editor Ghulam Jeelani Qadri, his peers in Indian Kashmir saw it as just another attempt by New Delhi to squeeze the media working in the blood-soaked region.

Prime Minister Narendra Modi, in power since 2014, has tightened the screws on the part of Kashmir controlled by India, particularly since February when a suicide bombing killed 41 Indian troops travelling in a convoy.

The attack, claimed by a Pakistan-based militant group, prompted tit-for-tat air strikes between the two nuclear-armed nations over a region divided between the countries since 1947.

In step with beefed-up security, New Delhi has pressured the media inside Kashmir by intimidating reporters with legal threats and putting restrictions on movement as well as pulling ad revenues from troublesome outlets, journalists say.

Qadri, publisher and editor of Urdu-language daily Afaaq, told reporters that he was given no reason for his arrest by the plainclothes police who took him from his Srinagar home on June 25.

“They simply asked me to accompany them,” Qadri told reporters.

His arrest was linked to a case from 1993 when he published a statement from an anti-India militant.

Although he was freed a day later, the revival of the three-decade-old case was quickly interpreted by Kashmir’s media community as a warning.

There is “an invisible sword hanging over your head”, one editor in Kashmir told reporters of the threat of legal cases, speaking anonymously for fear of reprisal.

Other local reporters have also been arrested.

Asif Sultan, has been in jail since August 2018 over a report about a rebel leader, charged with having contact with and promoting militants.

Some 70,000 people, mostly civilians, have died over the past 30 years in Indian-administered Kashmir, monitoring groups say.

The fighting is between Indian soldiers – who number around 500,000 on the ground – and rebels wanting either independence or union with Pakistan.

Clashes between security forces and militants – which often escalate as demonstrators gather – have been a near-daily occurrence since India launched “Operation All Out” after the death of charismatic militant Burhan Wani in 2016.

Since the February bombing, the deadliest attack on Indian forces in three decades of insurgency, India has arrested 900 people.

Accusations of human rights abuses, arbitrary detentions and media restrictions have followed, as anxiety and anger mounts in the Muslim-majority region.

Moves by Modi’s government to scrap laws that bar Indians from elsewhere buying land in Kashmir have also irked locals.

“We’re stopped miles away. No investigation by journalists is possible,” said Umer Arif, a freelance journalist.

“So, we show what the government forces want us to show, not much else.”

Tens of thousands of extra troops were brought in for a general election in May that saw the right-wing Modi re-elected.

During the voting, the main highway linking Kashmir with India was closed to civilian traffic two days per week for two months.

The government has also stopped issuing advertisements to Kashmir Reader and Greater Kashmir, the biggest English-language daily, effectively “choking” it, according to its editor-in-chief Fayaz Ahmad Kaloo.

That has left little money in the media for reporting or investigations.

The Committee to Protect Journalists (CPJ), says the freeze on advert spending is one of a battery of moves by the central government “to silence criticism of its policies in Kashmir”.

Manoj Kumar Dwivedi from the Indian Administrative Service who oversees the government information department conceded that advertising had been withdrawn to selected media outlets but insisted newspapers could publish what they liked.

“It has nothing to do with public interest,” Dwivedi told reporters. “If any individual newspaper has a grievance they should approach the relevant authorities.”