Meesha Shafi gets support from UN women In ‘Me Too’ campaign 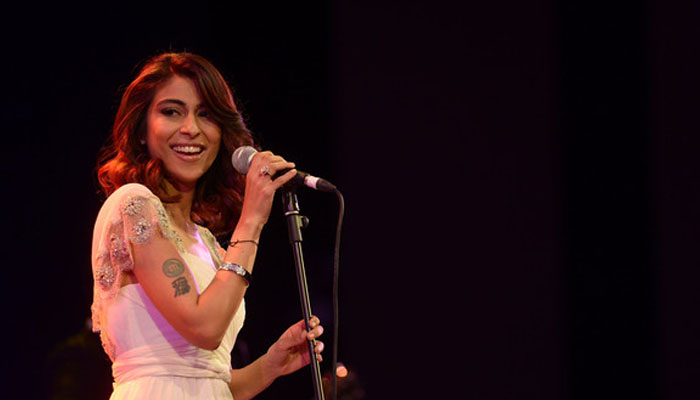 After brief deactivation of her social media accounts, Meesha Shafi returned to Twitter as she thanked the International organization, UN Women for supporting the campaign against sexual harassment in Pakistan. She voiced her appreciation in a tweet and said the official statement is a token of encouragement for her and other victims of sexual harassment.

“Your strong statement of support means the world to me and all the other women finding their voice to stand up and speak up. Indeed #TimesUp,” she tweeted.

Her remarks came in response to the joint statement issued by Purna Sen, the UN Executive Coordinator and Spokesperson on Sexual Harassment and other forms of Discrimination, and Jamshed Kazi, the UN Women Country Representative, Pakistan along with Neil Buhne, the UN Resident Coordinator, Pakistan.

“As the courage of #MeToo speakers across the world forces a reconsideration of how violence against women is managed and ended, we express our solidarity with victims and with the pressure for change. This is as urgent in Pakistan as it is in the rest of the world,” they said.

UN Women, in their official statement, expressed their concern over the growing cases of sexual harassment in Pakistan. They pointed that immediate legislation to protect women is as important in Pakistan as in any other part of the world. Moreover, in their statement, they shed light on the significant achievements of federal and provincial ministries in giving women’s protection a special space in legislation over the past few years.

“We acknowledge a series of progressive legislation enacted over the past few years at both the federal and provincial levels, which includes greater protection of women, in line with Pakistan’s international commitments,” they said.

They further expressed their support by stating, “We welcome these changes and provide our reassurance to the victims/survivors of our support for their pursuit of justice. All violence at work must be similarly seen as unlawful, yet we must go beyond the law to change cultures that blame women for actions done to them, and that excuse men for their abuse. This is what will challenge and undo systems of gender inequality.”

Read more: Meesha Shafi-Ali Zafar spat is futile but may prove beneficial for…

“UN Women will continue to support and advise on ways to make lasting change. We, as the United Nations, know that it is incumbent upon us too to clean our own house. This significant task is in our sights. We say to the women who are speaking up: we hear you, we are with you,” they added.

Pakistan has successfully added several laws in its legislation that are meant to protect women; particularly, its stern stance against the widespread vice of honor killings and rape is laudable. The latest amendment brought in 2016 commonly known, as ‘Women Protection Bill’ in the constitution following the women’s protection bill at workplace 2010, is more the amplification of structural support to the victimized women. It has also broadened its list of crime that now includes stalking and all kinds of female harassment on cyberspace.

However, despite several amendments, the loopholes still exist in its implementation. Further to this, the victims are aloof of their rights hence inattentive to what course of action they have to take.

Pakistan kills seven Afghan based militants in shootout near border

Pakistan, Washington and the folly of cultivating echo chambers.