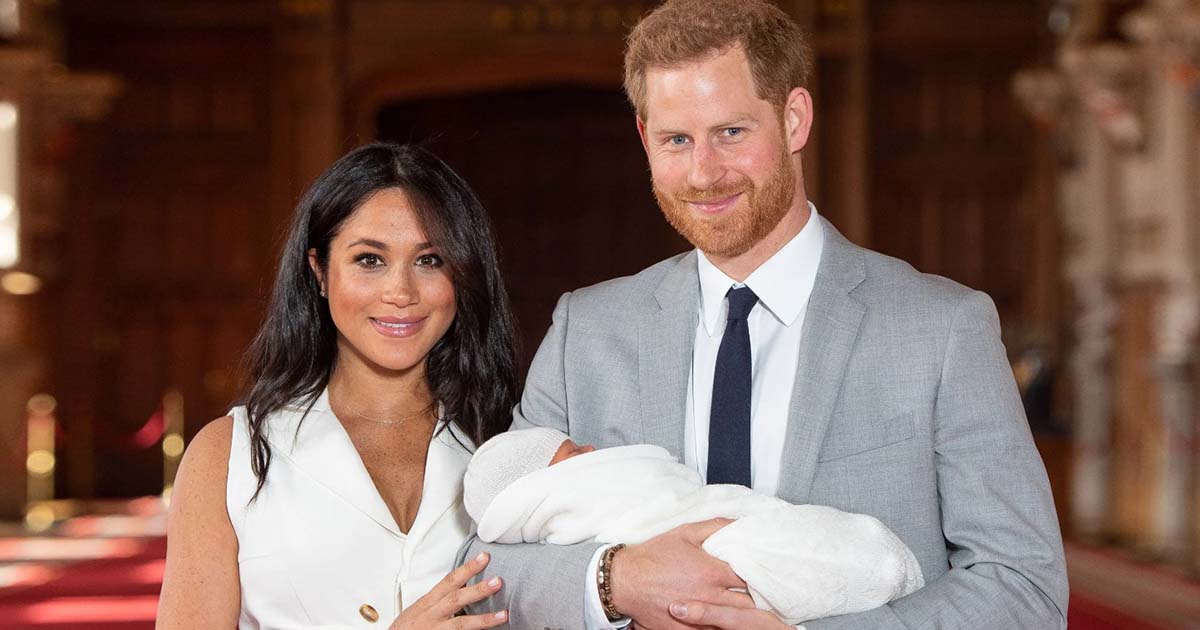 Colossal reactions generated on Twitter following the announcement of Prince Harry and Meghan Markle to step down from their responsibilities as the senior members of Britain’s royal family, to earn and become financially independent.

The decision garnered two-pronged reactions on Twitter. The critics of Meghan Markle sharpened criticism, accusing her of distancing Prince Harry from his family. Detractors have often blamed Meghan Markle for causing rifts between Prince William and Prince Harry.

Prince Harry & Meghan Markle have just announced that they are stepping away from the Royal Family: “After many months of reflection and internal discussions… We intend to step back as ‘senior’ members of the Royal Family." pic.twitter.com/9pF10UyhnW— Karen Civil 🇭🇹 (@KarenCivil) January 8, 2020

I just admire and love the man Harry has become. I thought he was a no-hope-er. All the asinine drinking and girl chasing. Now he is a committed, devoted father and loving husband. I love this Man!! #princeharry #meghanmarkle #sussexsquad pic.twitter.com/bs57BE7ozV— Vaneliska Stanton (@VanelStanton) January 6, 2020

Even in Royal Family!#MeghanMarkle has faced intense scrutiny ever since she started dating #PrinceHarry. Today, the couple announced they are “stepping back” from their royal positions #MeghanAndHarry pic.twitter.com/aOLZ1owZ63— Raheel Khan (@RaheelNama) January 8, 2020

BREAKING: Prince Harry and Meghan, Duchess of Sussex, are stepping down as senior members of the Royal Family — they plan to split their time between the UK and North America and will stop receiving taxpayer funding: https://t.co/R7hZxCPiz1— Ellie Hall (@ellievhall) January 8, 2020

#PrinceHarry lost his mother, Princess Diana, at 12. He grew up watching the British press & paparazzi treat her badly & that led to her death. He is watching the same thing being done to #MeghanMarkle & he is now a father. He is right to do whatever he can to protect his family. pic.twitter.com/54p7TxlN7k— Lynn V SAYS DON'T DRINK BLEACH (@lynnv378) January 9, 2020

I just told my young daughter the story of the princess that walked away to be herself and in doing so realized that Meghan’s story is literally the best princess story ever. #MeghanMarkle— ilyseh (@ilyseh) January 9, 2020

Meghan Markle had even complained that the press violated their privacy several times. Moreover, it is anticipated that Meghan Markle felt stifled with the binding laws and traditions of a royal family. Perhaps, all these factors prompted the Dutch and Duchess of Sussex to make a life-altering decision.

A large number of royal family’s followers hailed Meghan Markle’s and Prince Harry’s decision to abandon the toxicity and negativity to start afresh. They appreciated social media users for choosing their mental health over racist and demeaning British media that incessantly derides them.

Meghan Markle is even dubbed a real-life queen and princess on social media for veering Prince Harry in the right direction. Also, for braving all the challenges around them.

Some slammed the royal couple for deciding to take a ‘different approach’ after lavishly spending billions of UK taxpayers money. Memes and comments flourished on Twitter mocking Prince Harry and Meghan Markle. One user asserted that, before stepping down from the royal family, the royal couple must return 2.4 million back that was spent on their cottage.

Plot twist: turns out if Meghan Markle was actually the dashing prince saving the princess trapped in the tower— Elena Nicolaou (@elenawonders) January 8, 2020

With everything going on in the world it's amazing to me how many people give a flyin' F about Meghan Markle and Prince Harry "stepping down from royal duties." Who gives a shit? Really?— Tomi Lahren (@TomiLahren) January 8, 2020

“The didn’t even tell the Queen”

The same Queen who let her family set the British Media on Meghan Markle to get abused for 3 years in order to protect her favorite pedophile son Prince Andrews and her grandson Prince William for cheating on Kate. pic.twitter.com/ZFhd555o5v— TV Fanatic👑⚜️ (@Khaleesi_Hodan) January 9, 2020