Mehwish Hayat, a headstrong actress from Pakistan, has signed up to fight Pakistan’s case globally. In her recent statement, she called out Hollywood and Bollywood for damaging Muslims and Pakistanis in particular with their undue propaganda. 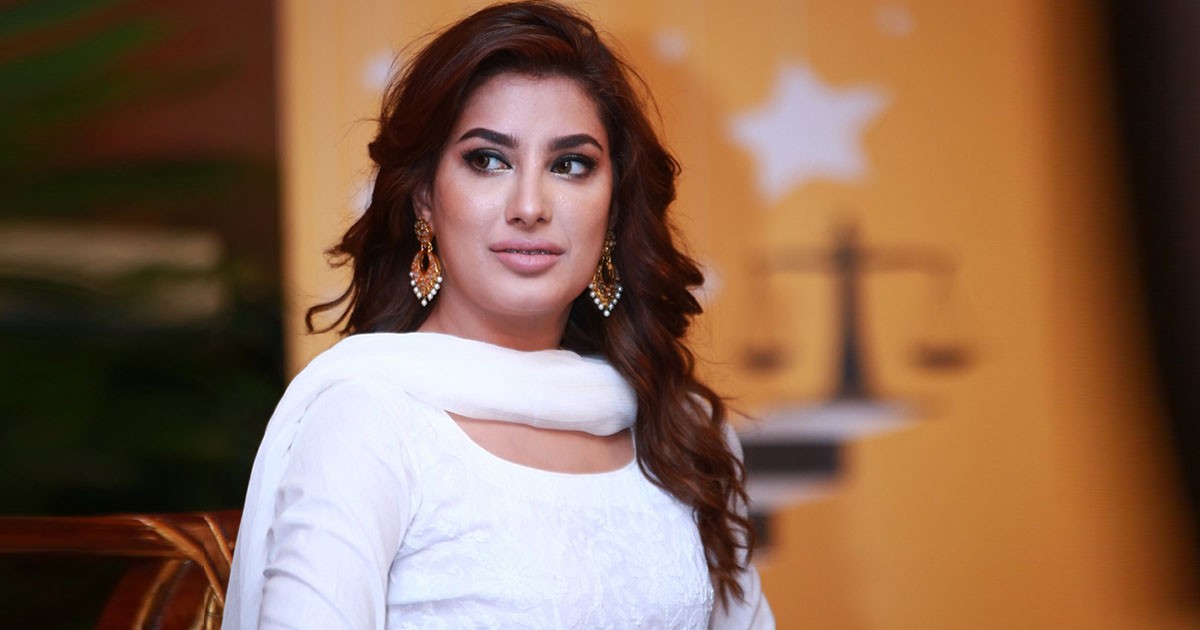 Mehwish Hayat is credited for fearlessly fighting up Pakistan’s case for decades, the stereotypical portrayal of compatriots as terrorists and religious extremists in Hollywood and Bollywood, at international forums.

For several years Pakistan has been putting up a relentless fight against the robust propaganda by Hollywood and Bollywood of maligning Pakistan and its citizens, as a dangerous, backward and uncivilized nation hungry for war and bloodshed.

Hayat outstretched her voice at international media outlets including CNN and Sky News after Priyanka Chopra snubbed a Pakistani girl for calling her a hypocrite. Priyanka Chopra has been supporting aggression by the Indian government despite being a global peace ambassador.

Her recent statement regarding the undue vilifying of Pakistani made reverberations globally. Hayat engaged with international media outlets and put forth the assertions of Pakistan. Her engagements included an opinionated piece for acclaimed news outlet CNN and her interview at Sky News.

In her article to CNN, titled ‘The Problem With Priyanka Chopra’, Hayat chided the Indian actress for her jingoistic, faux activism, and failing to stand at par with her responsibilities as a UN Goodwill Ambassador. Adding that “Celebrities who act as charity spokespersons should always focus on humanitarianism. Chopra – again, a UNICEF Goodwill Ambassador – should not be using her voice to legitimize a regime opposed to the values she claims to represent.”

Hayat pointed out the pros and cons of hiring celebrities as global peace ambassadors. “Chopra’s response did have the effect of both shining a light on the crisis in Kashmir (despite India’s media blackout and food blockade there), and forcing many of us to think about celebrity activism, its uses – and its abusive,” asserted Hayat in her article.

"Chopra — again, a UNICEF Goodwill Ambassador — should not be using her voice to legitimize a regime opposed to the values she claims to represent," writes Pakistani actress @MehwishHayat. https://t.co/GVqJMg4OYI

The Punjab Nahi Jaungi star added, “Celebrity activism often escapes the kind of scrutiny most political activism is subjected to. It is often seen as either positive or pointless – but rarely dangerous.”

Hayat added that despite marrying a White-American celebrity and having a decent career in Hollywood, Chopra was expected to establish her stature as an Indian celebrity in Hollywood but she, unfortunately, resigned to the jingoistic attitude that her countrymen follow. “She has fallen into the same jingoistic role that her fellow countrymen are forced to adopt at home.”

Hayat stressed the importance of using celebrity influence mindfully. She described ill-informed statements from Priyanka Chopra, the reason why celebrities are asked to stay silent on politics. Adding that, “Just look at the damage those ill-informed starlets can cause, they say, wading into issues they know nothing about. They should shut up and stick to entertaining us – in silence.”

Hayat also revealed her struggles of choosing to write on politics being a celebrity. “I’m well known in my native Pakistan and (increasingly) internationally, I have an audience that I can influence. Speaking up as a young woman, and especially as an artist, in Pakistan is not easy, so I have to pick my battles carefully,” maintained Mehwish Hayat.

She also appeared in an interview with Sky News, where she called out the western media outlets for repeatedly pulling up a wrong image of Pakistan. She demanded a fair portrayal of Pakistanis, if not positive. She advises the west to do their thorough research into ‘what and who we are’.

I am privileged to have been blessed with a platform to take my country’s message to the world. This was on Sky News’ prestigious “Sunrise” show this morning. Thank you @Skynews and @skygillian for the opportunity. https://t.co/YdtgRnwDSx

Mehwish Hayat, the holder of the prestigious Tamgha-e-Imtiaz, called out Bollywood and Hollywood for unduly tarnishing the image of Pakistan globally. Hayat appeared in an award ceremony in Oslo, Norway where she was awarded the auspicious Pride of Performance by the country’s Prime Minister, Erna Solberg.

In a video making the rounds on social media, Mehwish Hayat spread a message of love and harmony. She asserted that Bollywood could have used the platform to harness mutual understanding between the people of two countries.

“Bollywood could have used cinema to promote mutual understanding instead of vilifying us as they do. They need to decide what is more important, nationalistic fervour or a peaceful future,” she said.

In her speech, Mehwish Hayat also raised concerns on the Indian atrocities ongoing for seven decades in Jammu Kashmir.

Well said @MehwishHayat. Not just the movie industries but the world must stop stereotyping Pakistanis and Muslims in general. https://t.co/DbxvpF0Zwk

"Fair" portrayal is all any one of us can ask for.

Previous articleHindu Nationalism and Kashmir: Modi inspired by Hitler?
Next articleRace to be held to remember Berlin Wall victims, 30 years on

25 September 2021
Previous articleHindu Nationalism and Kashmir: Modi inspired by Hitler?
Next articleRace to be held to remember Berlin Wall victims, 30 years on

Saudi Arabia in ‘crisis’ in face of Khashoggi murder: minister